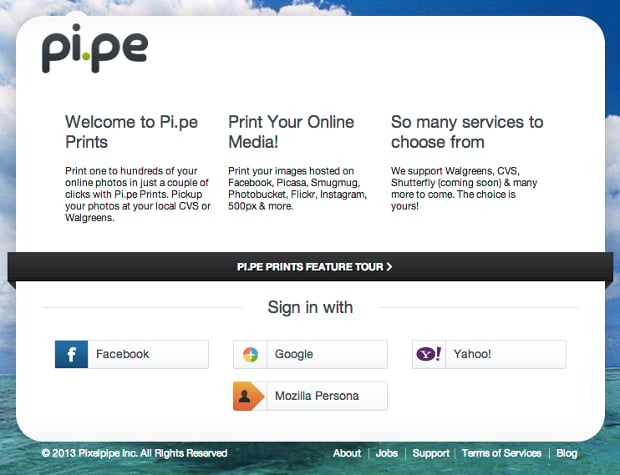 Pi.pe is a file synching service that came about as a way to move photos and other media between the may cloud storage and sharing services out there. In the year or so since it launched, over 50 million files have passed through Pi.pe’s servers as users took advantage of the service to backup, transfer and share thousands of photos. And now, we can add “print” to that list.

With the launch of the company’s newest venture, Pi.pe Prints, Pi.pe users can select hundreds of photos from over a dozen cloud storage services and social networks, and send them off to CVS or Walgreens to get printed. 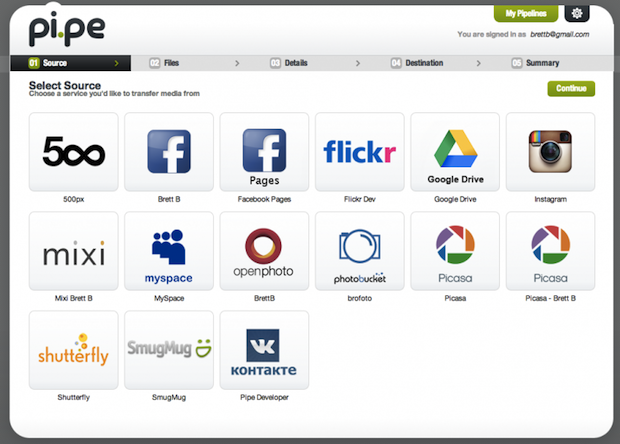 For now, your only printing options are CVS and Walgreens (the prices are the same as they would be if you went directly to either of the two stores), and since just about everybody has one of those nearby, the convenience is already built in. Still, Pi.pe is hoping to add Shutterfly, Tesco, and Fuji Film to the list within a month’s time.

Speaking to TechCrunch, CEO Brett Butterfield also mentioned that Pi.pe Prints will soon be integrated into brand new Pi.pe iOS and Android applications, adding yet another of your archive of photos to the list of services the company supports. 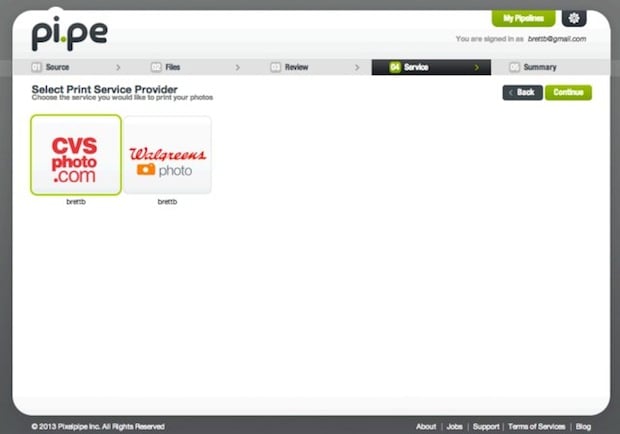 Of course, Pi.pe isn’t without competition. Without naming every one, services such as Shutterfly, Snapfish and Printic all come to mind as printing service alternatives.

But if Pi.pe Prints expands to include as many storage services and printing options as it intends to, the service could become an easy one-stop-shop for anyone looking to pull physical prints out of the many digital lockers they store photos in.