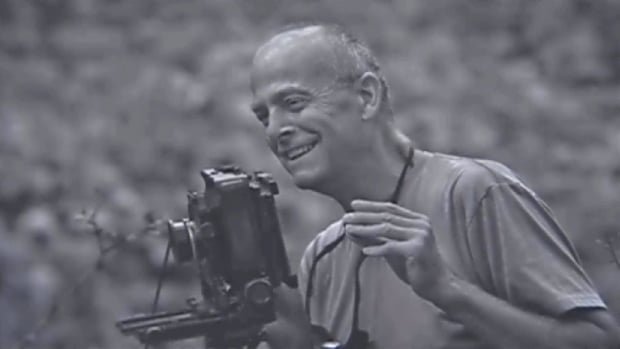 Photographer Gary Albertson calls himself “the luckiest unlucky guy in the world.” In 2010, after decades spent shooting the outdoors, he developed a rare form of glaucoma that has left him with little more than a circle of peripheral vision in each eye. But after some time away from the camera he’s come back stronger than ever, creating photography so stunning he’s attracted the attention of a Pulitzer Prize-winning photojournalist.

Albertson shoots large format, and over the last three years he’s developed his other senses to the point where he can take pictures as beautiful (if not more beautiful) than he did when he could see perfectly. He listens for the shutter speed and feels his way around his camera. He can even tell the shape and character of the water he’s photographing simply by listening to the noise.

KGW in Portland had a chance to catch up with Albertson:

It was Albertson’s friend Dennis Schmidling who encouraged him to get back out there and do what he loves. It was also Schmidling that introduced Albertson to his friend Jay Mather, a Pulitzer Prize-winning photojournalist. As Mather puts it, “It has to be told, this is a story that has to be told.”

And tell his story they did. Their exhibit — which combines photos by Albertson with photos of Albertson taken by Mather — is currently drawing oohs and aahs at The Casey Eye Institute at Oregon Health & Science University. Comments range from “I want to go where these places are” to “It’s as though [Albertson] sees more than the rest of us.” Looking at his photography, we think you’ll agree on both counts.

To see more of Albertson’s amazing fine art landscape photography, you can visit his website by clicking here.

Entire Story Told Through Reflections in an Eyeball