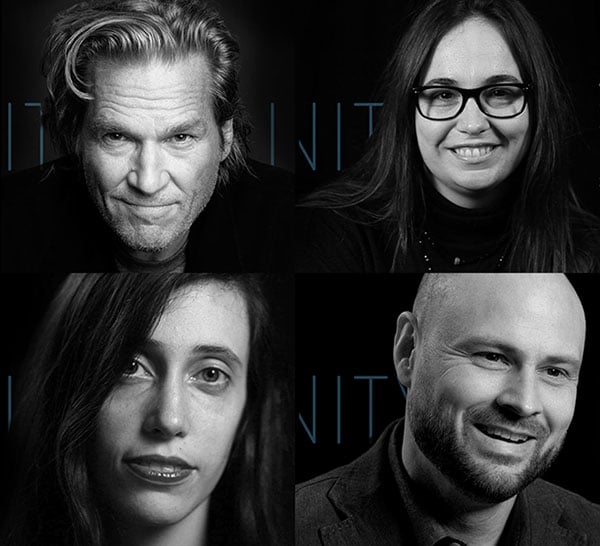 Yesterday, we wrote about how Academy Award-winning actor Jeff Bridges brings his love of photography onto movie sets, snapping photos of the casts and crews. Last night Bridges was honored by the International Center of Photography in New York with a prestigious Infinity Award.

Seven other photographers were also presented with awards, and prior to each one receiving their prize, a short video feature was played to introduce people to the photographers and their work. We’ve collected the videos here for your enjoyment.

The videos were put together by the folks over at MediaStorm, who were tasked with creating short films that serve as an introduction, showcase work, highlight motivations, and honor the recipients.

The team had a total of 15 weeks to create films for the seven photographers. During this time, they arranged in-person interviews, collected representative photographs, and built up life stories.

MediaStorm says that the resulting videos “serve individually as biographical glimpses into the recipients’ work and collectively as a portrait of some of the important contributors to photography today.”

Here are the seven short films about the seven honored photographers:

Jeff Bridges is an Academy Award-winning actor. He is also an accomplished photographer. He’s been taking pictures on the set of his movies for more than 30 years, capturing intimate and surprising behind-the-scenes moments.

Blurring the line between subjects and friends, Kitra Cahana captures a rare level of intimacy with her subjects. As a documentary photographer, her images explore anthropological, social and spiritual themes through a human perspective.

Looking, and trusting in that act alone, Mishka Henner explores photography as an appropriation artist. Through new and alternative technology, Henner inspects art from the past while innovating in the present.

David Goldblatt spent his life documenting apartheid in South Africa. While many photographers chased mass demonstrations and violent rebellions, Goldblatt focused on the cultural values that led to more than 40 years of repression.

Surreal and mysterious, North Korea was a black hole to outsiders wanting a glimpse of the country. That all changed in 2012, when AP photographer David Guttenfelder led the opening of the bureau’s newest office inside the North Korea.

The idea of an African space program may sound funny to some, but not to Cristina de Middel. Through a mix of fact and fiction, de Middel forces viewers to reinterpret a 1960s space program in Zambia in her photobook, The Afronauts.

As a photographer, Erik Madigan Heck does not differentiate between art and fashion in his work. Adhering to no rules, embracing his fears and seeing endless possibilities, Heck creates images people remember.

You can find more information about the award and this year’s winners over on the International Center of Photography website.