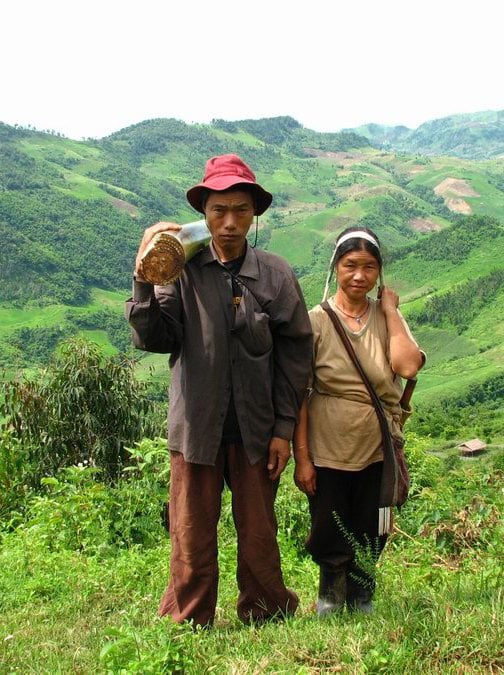 If you had to select one photograph to best represent the entire human race, which photograph would you choose? That’s a question encyclopedia editors must answer, and one that the Wikipedia community had to as well. The photograph above is what they have settled on (as of May 2013) for their article on “Human”.

It’s a portrait of a couple from northern Thailand’s Akha people group, indigenous hill tribe. The husband is carrying the stem of a banana-plant that will be fed to their family’s pigs.

Over on in the question and answer community Quora, a member recently asked why Wikipedia would choose this specific photograph as the one that would describe “human.” The member writes, “I mean, are there no images that would better symbolize or be more representative of the species and its characteristics?”

The top-rated answer, submitted by Seattle-based photographer Todd Gardiner, points out that Wikipedia members actually had a lengthy debate regarding the merits of the photo.

In the end, the members concluded that the photograph is “just about perfect” because it portrays average humans.

After all, most people on Earth aren’t particularly light in dark, but “a sort of brown.” Thus, the skin color in the photo is average and representative.

Asia has 4.2 billion inhabitants, so Asians make up over 60% of the world’s population. Most of the inhabitants in Asia are East Asian, which is the region featured in the portrait.

Most people throughout history have worked the ground as farmers. In the modern world this might not be true anymore, so this point is a little more iffy. “Maybe a new image should show a pair of factory workers,” the Wikipedia member writes.

Finally, most people throughout history have been “pretty poor, but not shockingly poor.”

Thus, according to the Wikipedia community, the “average” photograph above may be one of the most representative photographs we have of mankind.

How to Literally Jump Into the Hadouken Photography Fad