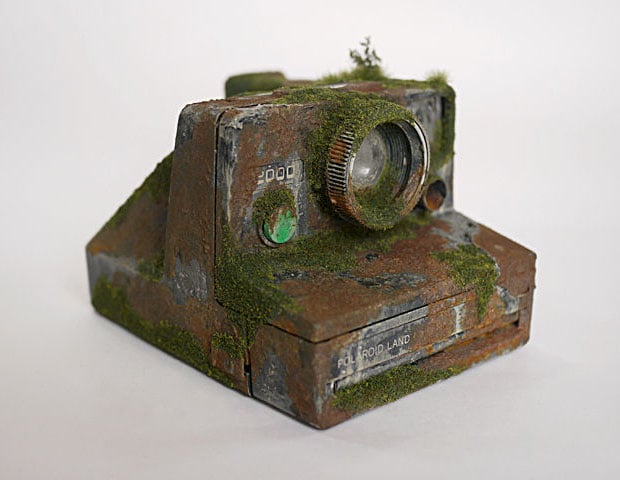 What will future generations think of the cameras we’re using these days? What will the cameras look like to them? Japanese artist Maico Akiba has a project titled “100 Years Later” that imagines what various modern commonplace objects might look like if rediscovered by people a century later. Among the objects are a number of cameras.

Since we have well preserved cameras from way more than a hundred years ago, a better description for Akiba’s camera sculptures might be: “What cameras might look like if they were dug out of the ground in a humid location 100 years later.”

The cameras (and smartphone) in the series are covered with brown rust/corrosion, and have green moss growing on them.

So far, the project doesn’t feature any mainstream (standalone) digital cameras: the cameras that are featured are a Polaroid instant camera, a built-it-yourself plastic 35mm camera, an iPhone, and a Lomo toy camera. 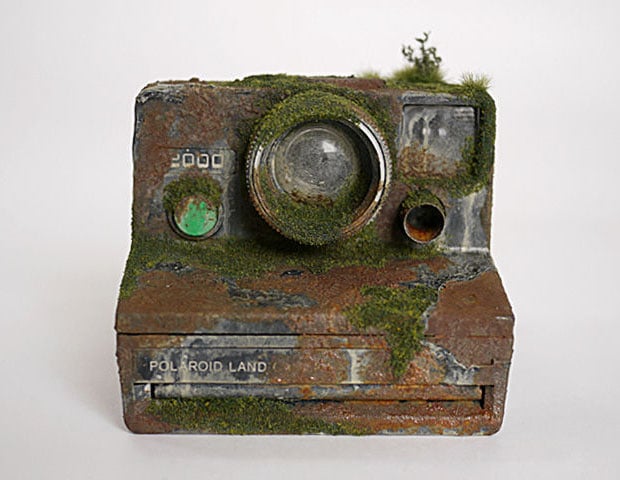 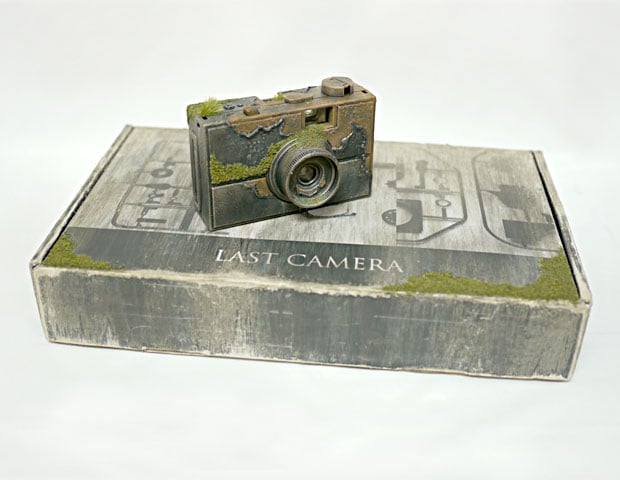 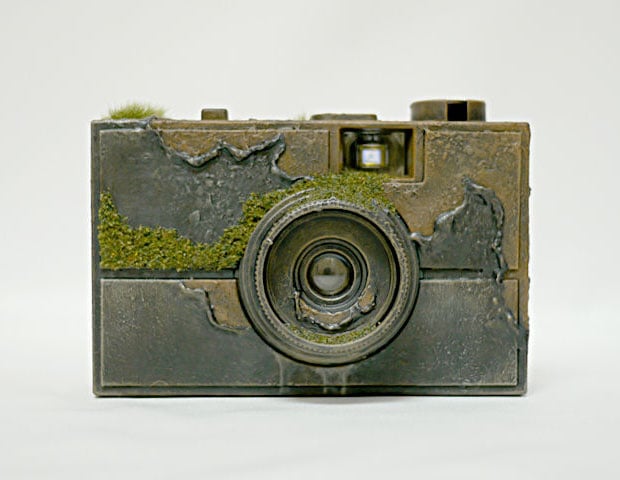 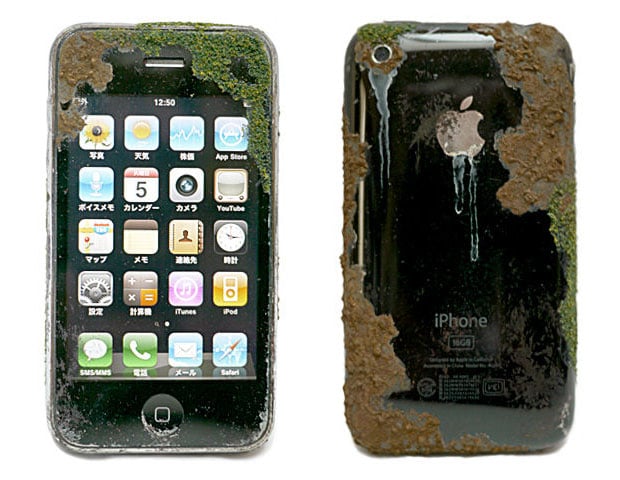 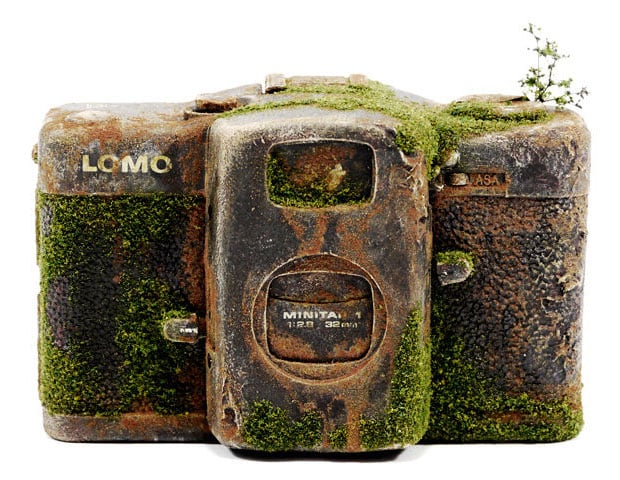 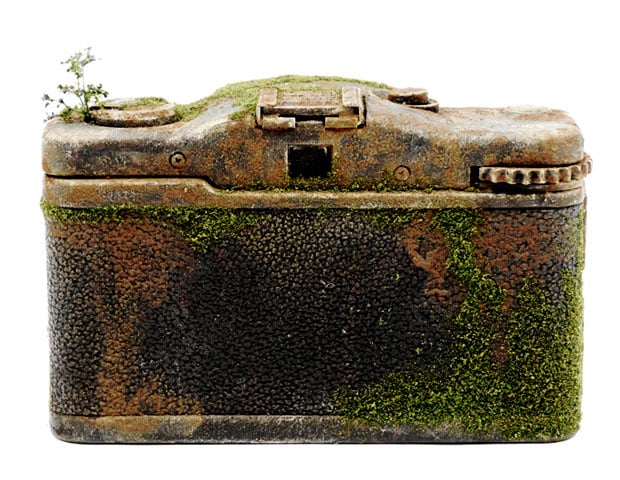 You can find the entire series of sculptures over on Akiba’s website.

Image credits: Photographs by Maico Akiba and used with permission