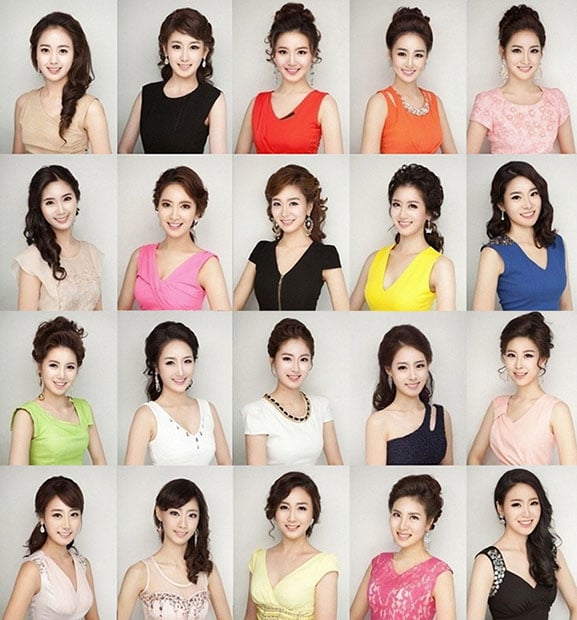 The web is abuzz over newly released photographs of Miss Korea 2013 beauty pageant contestants, and not in a way the photographer or the pageant were expecting. The photographs have sparked heated discussion on the topics of plastic surgery and racism.


The whole thing appears to have gotten started over on a Japanese blog, which posted portraits of 20 of the beauty contestants along with a comment about how they all look so strangely similar to one another.

The photographs went viral after they were shared on Reddit with the title: “Korea’s plastic surgery mayhem is finally converging on the same face.” This post sparked a discussion on the popularity of plastic surgery in Korea and whether or not it’s racist to say that all of the faces look eerily similar.

A Seoul resident with the username HotBrownie weighed in with the following comment:

You arent racist. Those women in fact do look unnervingly similar and yes, Koreans think so too. This is because they all get the exact same plastic surgeries and the surgeons follow the same formulas for noses and eyes and everything else they’ve had done (fillers, cheek and forehead implants, eye surgery, nose surgery, jaw reduction, breast job, calf muscle job, fat grafting etc). Every single one of them has had nose and eye surgery. Those faces costed those girls thousands. Also dont underestimate makeup, they’ve got it caked on in a similar style.

Other photographs were soon presented to show that no, the women did not all look eerily similar “pre-transformation”: 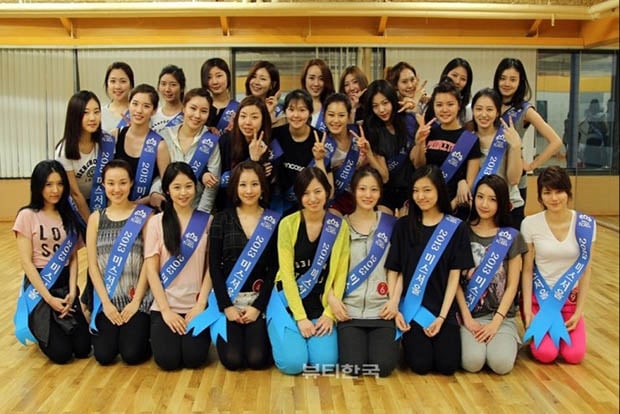 Another user named NinjaFridge then took the photographs and turned some of them into this animated GIF that has the eyes of the portraits lined up with one another:

According to the New York Times, a 2009 survey found that one in every five women in the Seoul (the capital of South Korea) between the ages of 19 and 49 have had some form of plastic surgery done to their bodies. It’s a striking fact that has even spawned a Tumblr page dedicated to before-and-after photos of the widely done procedures.