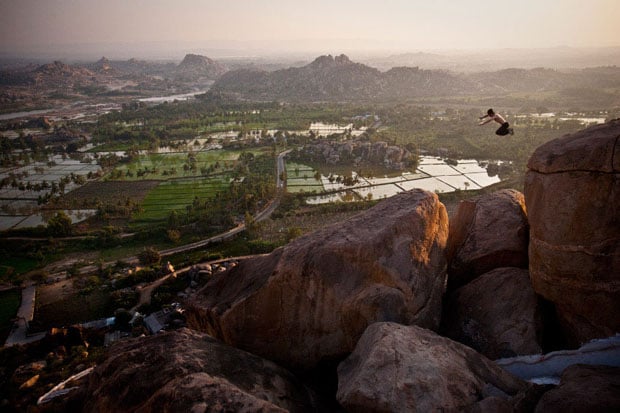 Andy Day is a London-based photographer who specializes in shooting parkour and freerunning. In case you’ve never heard of it before, parkour is an activity in which participants (called “traceurs”) move fluidly through urban landscapes by running, climbing, and jumping across/through/on obstacles, getting from one place to another through the most efficient route possible using only their bodies.

Day has been photographing the activity since 2003, and is actively engaged in climbing various things (e.g. rocks, buildings, abandoned ships) himself.

Unlike other photographers who first pick up a camera and then become passionate about a particular subject, it was parkour that first brought Day into the world of photography. He became interested in the sport as a university student in 2003, and began photographing it for his studies.

After getting a taste of the photography/parkour combination, he has been working as a parkour photographer ever since and travels the world to capture practitioners performing. As the sport becomes more widely known, Day has had plenty of opportunities to sell his parkour photography commercially.

Here’s a commercial Day created with Canon a few years ago:

Here’s a collection of some of Day’s best work: 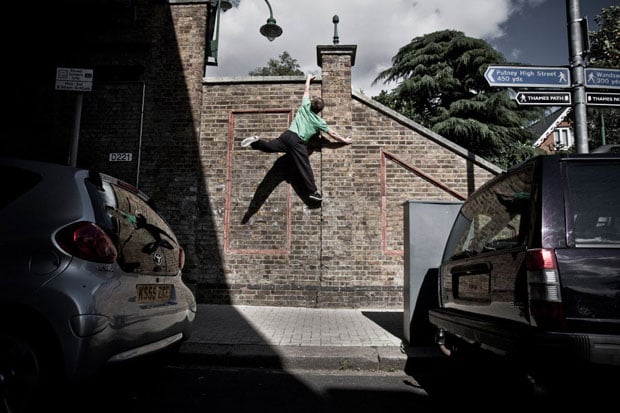 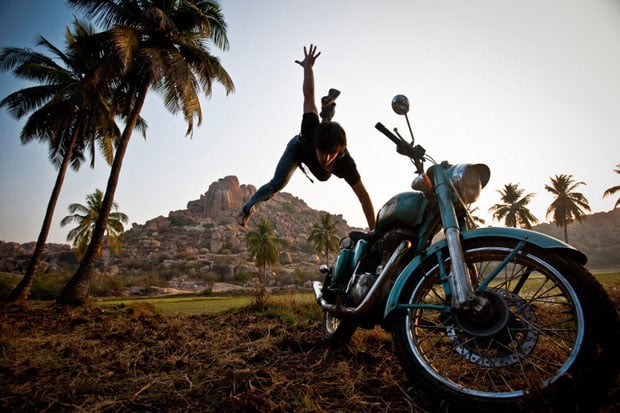 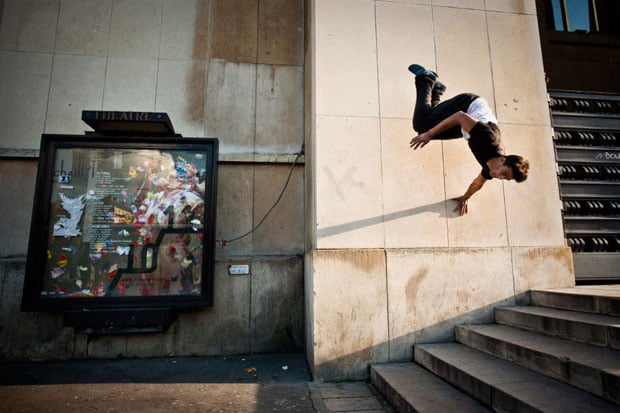 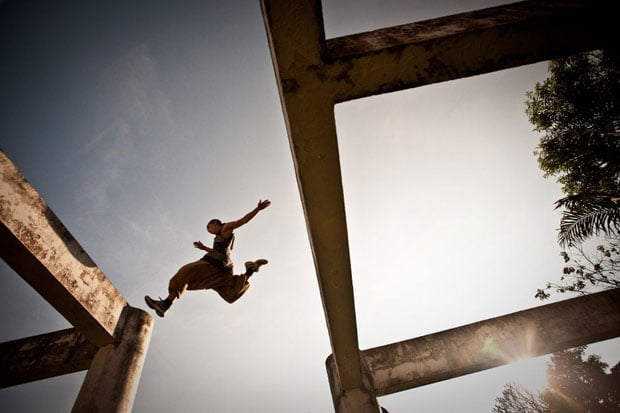 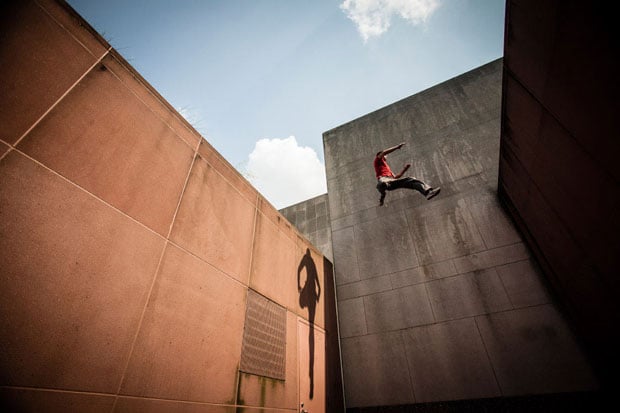 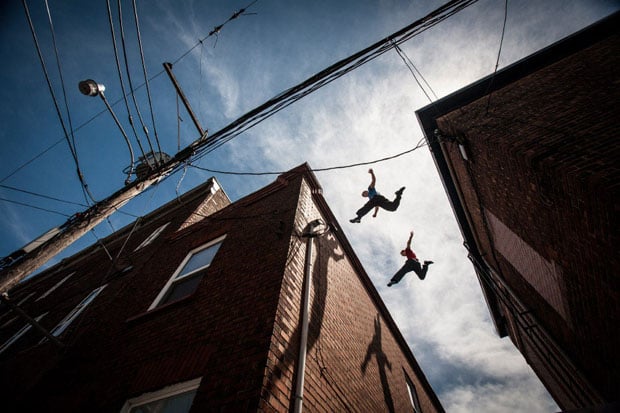 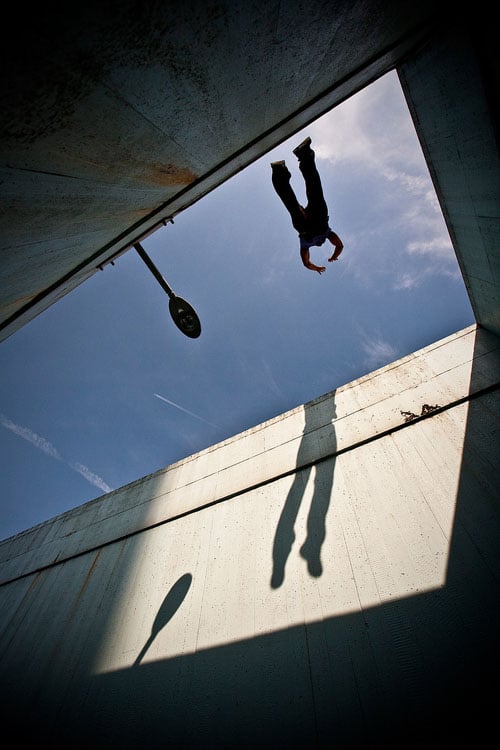 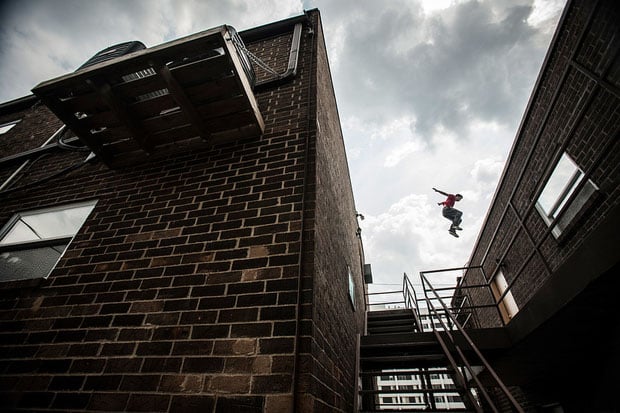 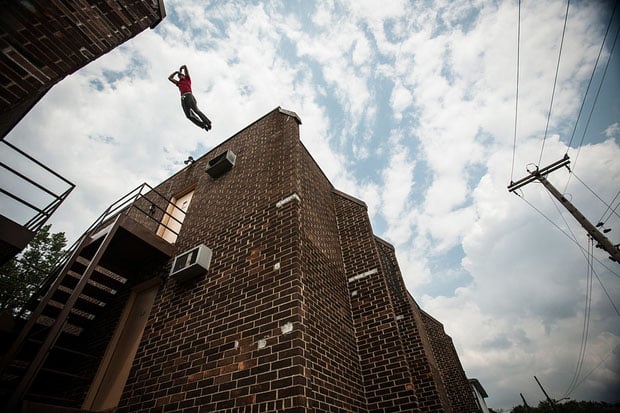 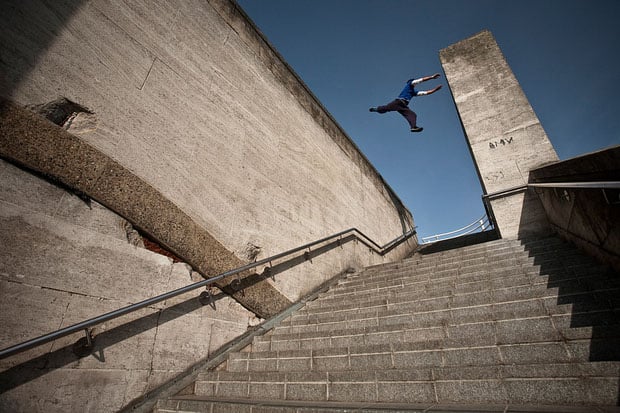 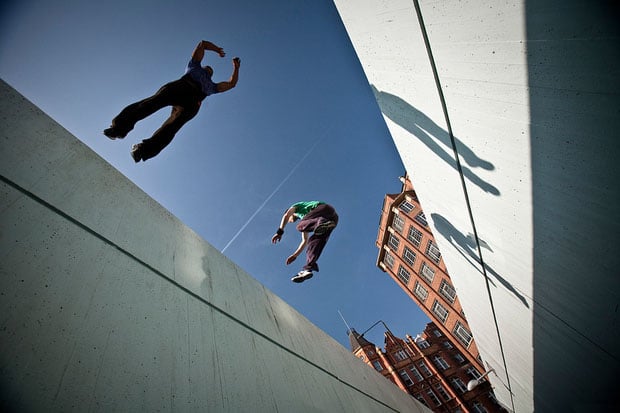 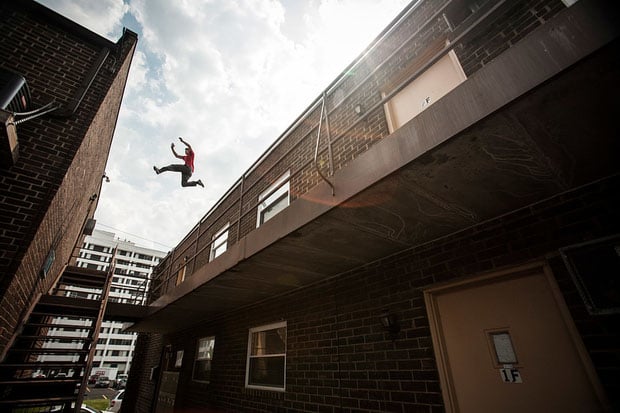 You can find out more about Day on his personal website and see more of his amazing photography over on his photo site.

Image credits: Photographs by Andy Day and used with permission