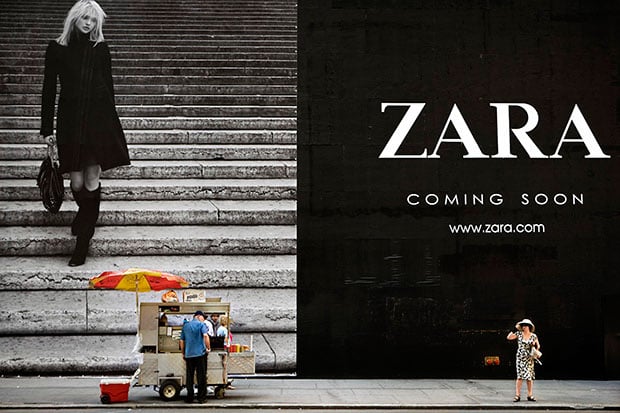 When Israeli photographer Natan Dvir visited New York City in 2008, he was taken aback by the massive advertising billboards dominating commercial hubs and the fact that giant models on them loomed over the pedestrians walking by. Dvir began documenting these billboards and the juxtaposition of huge fake humans and tiny real humans through his project titled “Coming Soon.”

Dvir says that the branding in New York City has become so ubiquitous that the monumental ads and giant people are virtually unnoticed by passersby. They “dominate the space” and turn pedestrians into “passive spectators,” he says.

The images are all photographs within photographs, and reality is mixed with scenes of luxury and “perfection”: tropical islands, men and women wearing fancy clothes, and giant logos dominating the space.

In his artist statement for the series, Dvir writes,

The effectiveness of outdoor billboards is juxtaposed with their impermanence; most are replaced after several weeks. The ephemeral nature, massive size and saturated colors of the ads create a fluid cinematic experience for the observer. People inhabiting the space underneath are pulled, unaware, into a staged set, the reality of the street merging with the commercial fantasy of the advertisements. Coming Soon is an exploration of our visual relationship with the branded city centers and the commercial environment we live in. 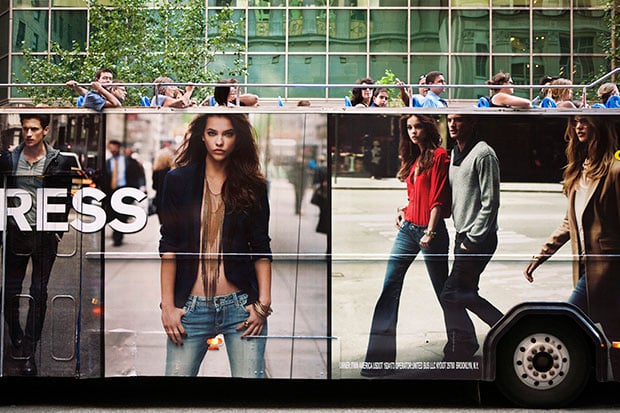 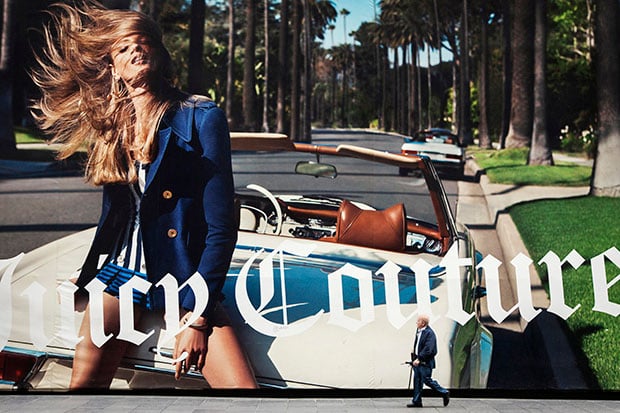 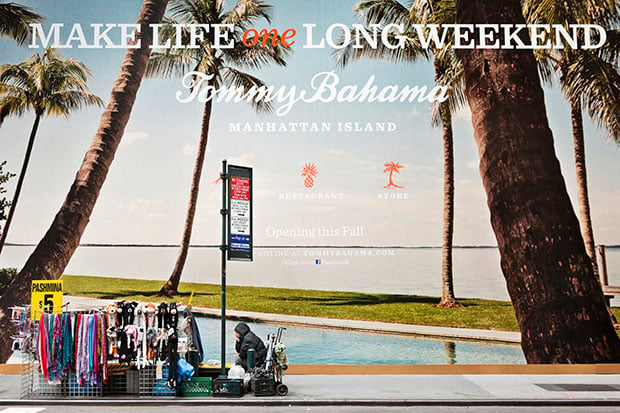 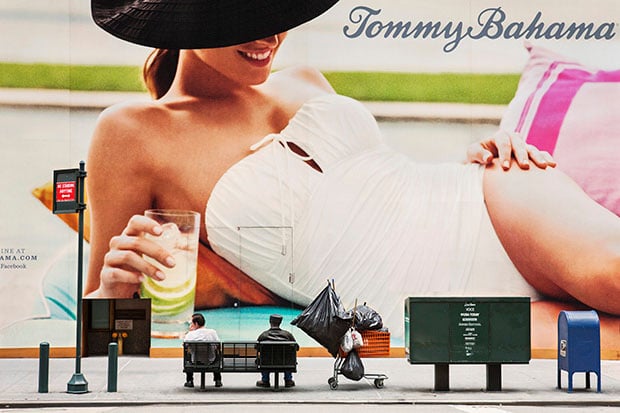 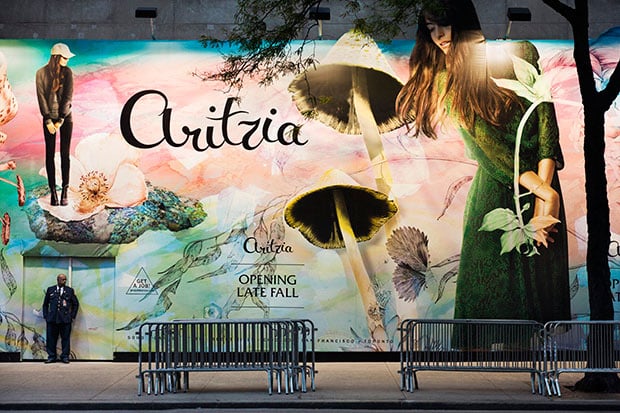 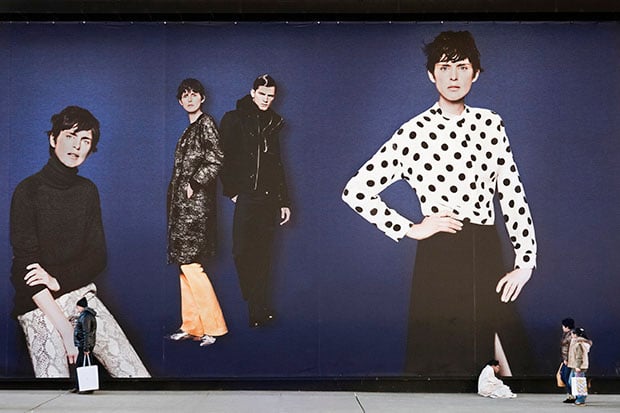 You can find the 27 photographs in the series so far over on Dvir’s website. The images are also on display at the Anastasia Photo gallery in New York through May 19th, 2013.

Image credits: Photographs by Natan Dvir and used with permission