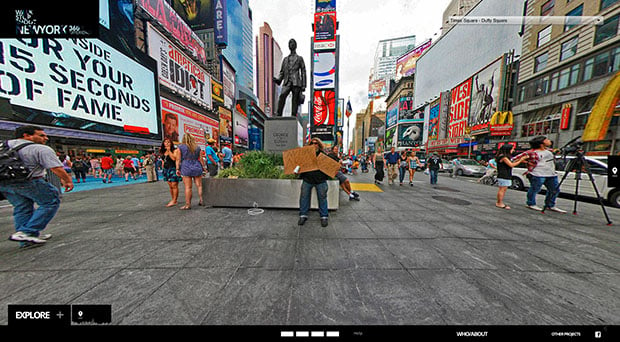 Madeira is Portuguese photographer who visited The Big Apple back in August 2010. During this trip, he would stop in certain locations, pull out his Canon 1000D DSLR, and then snap a photo in each direction without the help of a tripod.

He used a Tokia fisheye lens, shooting at an extremely wide 10mm. At this focal length, he was able to capture entire 360×180 scenes handheld in just 9-15 shots each (six all around, one up, and one down)

Afterward capturing dozens of 360-degree panoramas, he began editing them, looking for the scenes in which the photographs could be stitched together perfectly. This stitching process took anywhere from several hours to multiple days. Of the 84 panoramas he captured over the years, only 50 of them were suitable to be converted into interactive panoramas. This step of the project lasted from 2010 to 2013.

Once his panoramas were completed, he put them up on an interactive website with a convenient navigation map that shows where the panoramas were shot and which direction you’re currently looking at: 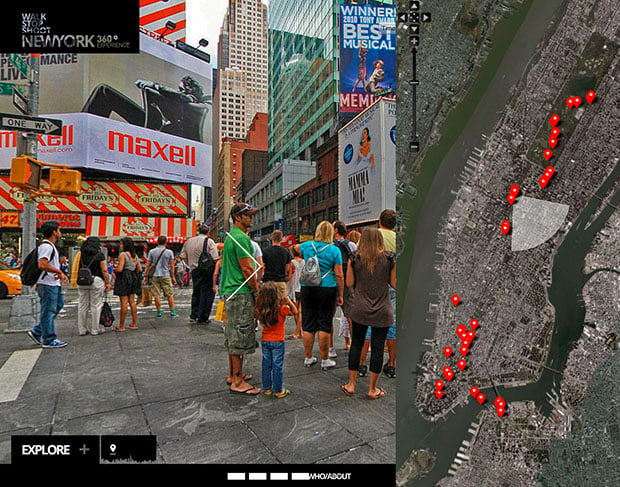 To give you a taste of what the panoramas are like, here are a few favorites that we’ve embedded into this post. These show show Times Square, Brooklyn Bridge, and Central Park, respectively:

To view the entire collection of interactive panoramas in full screen, head on over to the New York City 360 website. Enjoy your visit!

Image credits: Photographs by Nuno Madeira and used with permission

BTS: Creating Pictures of Fried Chicken for the KFC Website