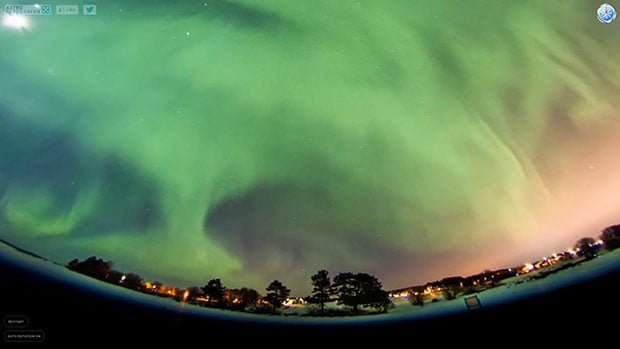 If you’ve always wanted to feast your eyes on the aurora borealis but haven’t had the time or the money to travel to areas of the world where the light display occurs, photographer Göran Strand has a treat for you. He has created an immersive 360-degree panorama using time-lapse photographs shot during a particularly active aurora. The video lets you pan around in the scene, offering a small taste of what experiencing the northern lights feels like.

Here’s the “virtual reality” time-lapse (if you can’t view the embed below, you can visit the dedicated site here):

Strand tells us that the photos were taken from the same amazing time-lapse video that we featured last month:

Strand shot a total of 2,461 RAW photographs that amounted to about 30 gigabytes in disk space. The photographs were shot using a circular fisheye lens, allowing Strand to capture the entire scene above and in every direction with single exposures.

For this immersive panorama time-lapse, he converted each of the spherical photos to a new projection that would fit into a sphere-shaped environment. He then embedded the time-lapse video into an interactive video player that plays that imagery projected onto the inside of a sphere. What you see is four hours of aurora activity compressed into two minutes.

Strand tells us, “I wanted to show people how it was standing there seeing this beauty unfold. Many have never seen an aurora so this would be like actually standing there.”

P.S. Strand is quite the master of creating interesting things with his aurora photography. Here’s a “little planet” photo of his that we shared in early 2012: 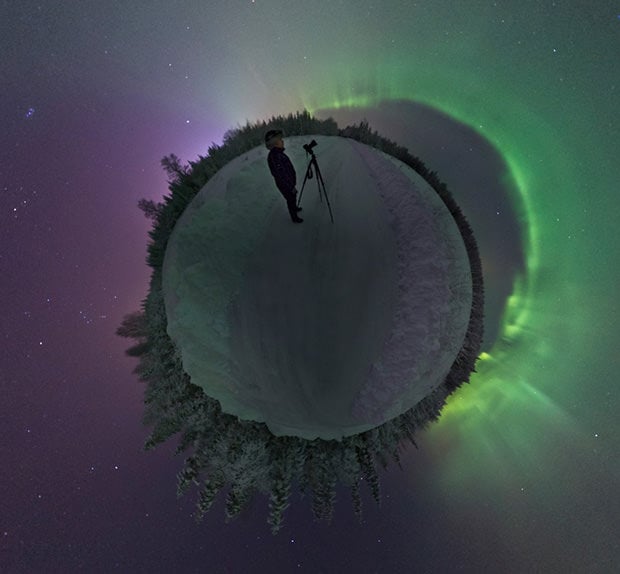 Image credits: Video and photographs by Göran Strand and used with permission