In Sweden’s Abisko National Park, 2014 has been something of a God-send for time-lapse photographers. In the first 32 nights of the year, the so-called ‘polar spirits’ have come out to dance 29 times! But even that couldn’t have prepared photographer Chad Blakley for the spectacular light show he captured on February 1st.

In terms of time-lapse amazingness (that’s the technical term), Blakley’s creation doesn’t stack up against some of the aurora borealis time-lapses we’ve shared, but it’s what he captures that makes it stand out more so than how he captured it. 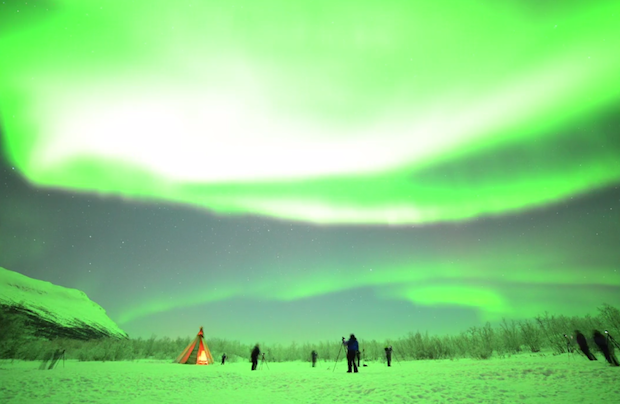 Here’s how Blakley describes that night of shooting to NBC:

The lights were so powerful that the footage became overexposed with a shutter speed of less than one second. I can honestly say that this was one of the most powerful displays of natural beauty that I have ever seen.

And you can see what he’s talking about at several points throughout the time-lapse: bursts so bright they blow out the images and light up the landscape almost like flashes of lightning. It’s a sight to behold, and another reason to add “photograph the aurora borealis ASAP” to your bucket list.