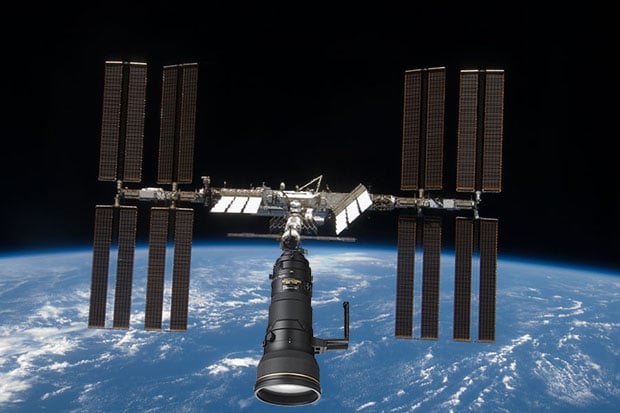 Albert Einstein once described quantum entanglement as “spooky action at distance.” The basic idea behind it is that certain things (e.g. particles, molecules) can interact with each other instantly (or nearly instantly) regardless of how far apart they are. For example, pairs of photons can affect one another when separated by vast distances, with the effects occurring even faster than light could have traveled between the two points.

Here’s a short video that introduces the concept of quantum entanglement in a “simple” way:

While quantum entanglement experiments have so far been limited to relatively short distances on Earth, scientists are now proposing a new experiment that would involve the International Space Station… and a Nikon 400mm lens on board.

The scientists hope to send a small device called a photon detection module up to the ISS, where one of the existing Nikon 400mm lenses would be mounted to it. The “camera” would then be mounted to the NightPOD stabilization system and pointed toward Earth.

Down here on Earth, researchers would “entangle” a pair of photons and then send one of the photons up to the ISS, through the 400mm lens, and into the detector.

By examining one photon in the pair on Earth and one on the ISS, the scientists would be able to test the properties of quantum entanglement between particles separated by roughly 250 miles. 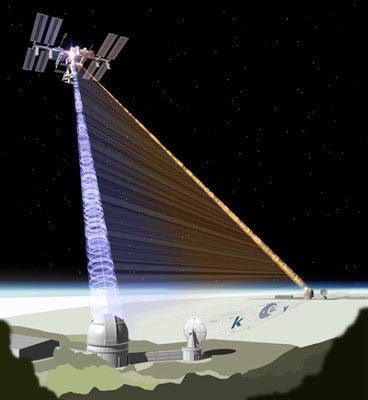 If the photons were found to affect one another instantly across 250 miles, it would be the first experiment to show this over such a large distance. It would also allow scientists to see whether gravity has any effect on entanglement.

(via IOPScience via Nikon Rumors)

Could Google Glass Work as a Tool For Street Photography?