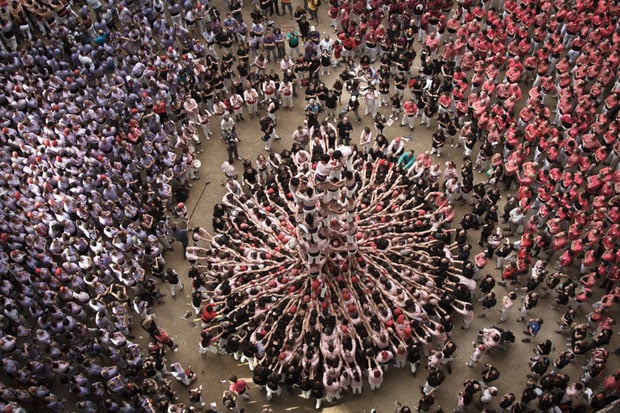 Every year in Catalonia, Spain, there are festivals in which people come together to build colorful — and ridiculously tall — human towers that are supported by nothing but the participants’ strength, balance, and courage. These towers are called castells, which means ‘castles’ in Catalan.


Concurs de Castells is the most important of the human tower competitions, and takes place in the city of Tarragona once every two years. Last year, 32 teams from all over the region participated, attracting a live audience of over 20,000 people.

During the tower building events, teams known as collas form tightly bunched crowds consisting of hundreds of people in order to support the towers. The taller and more difficult a tower is, the more points the team scores.

Each tower is typically between six and ten levels high, and each team consists of about 100-500 men, women, and children (the children climb to the top while the adults — especially the heavier ones — form the supports). 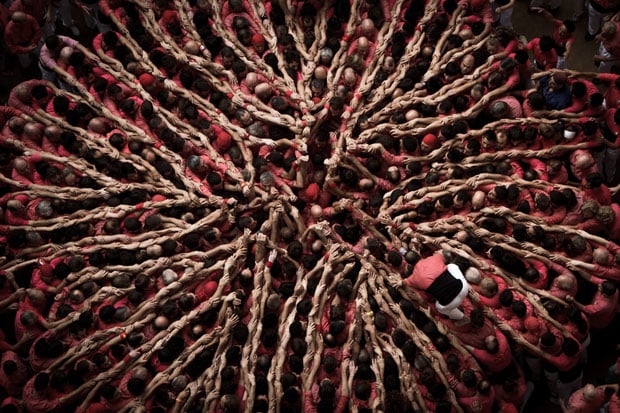 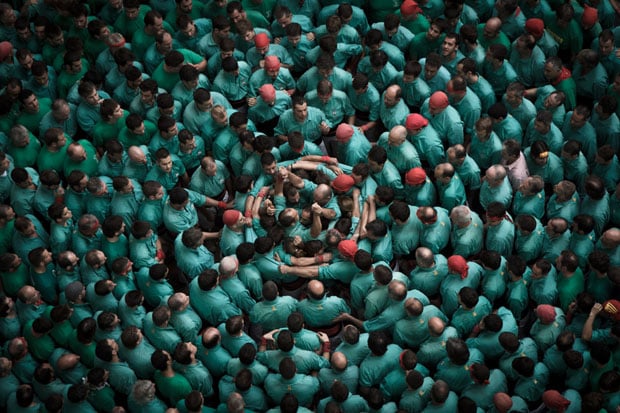 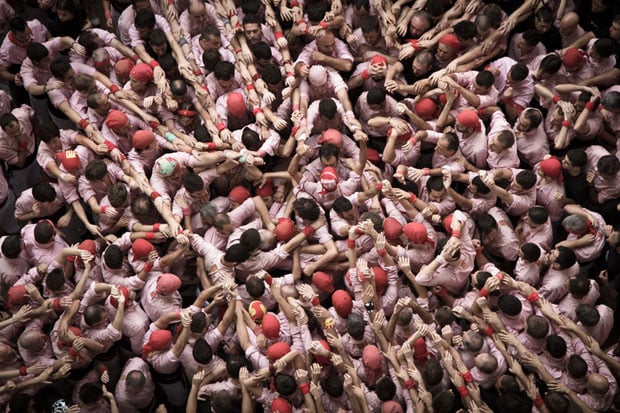 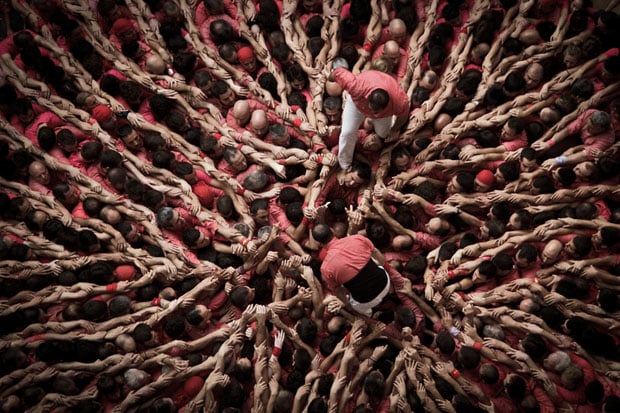 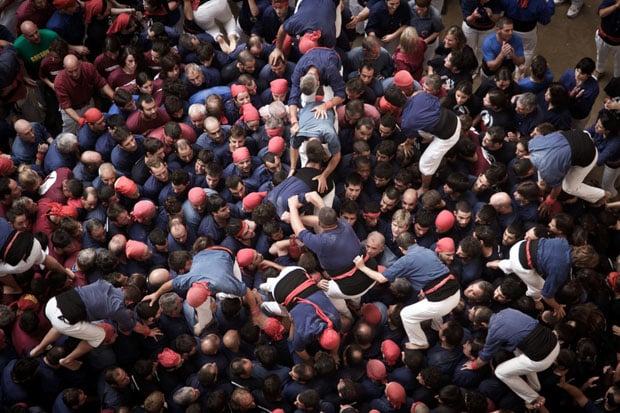 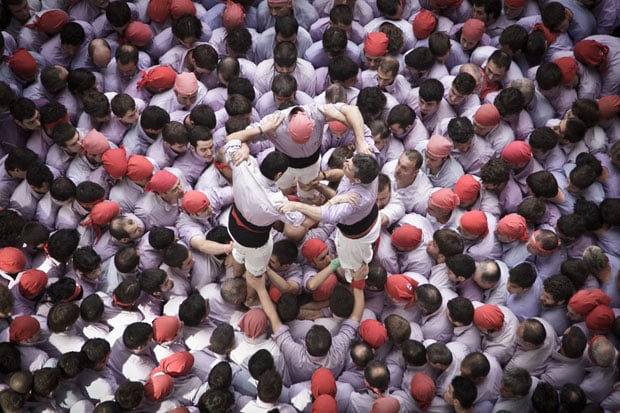 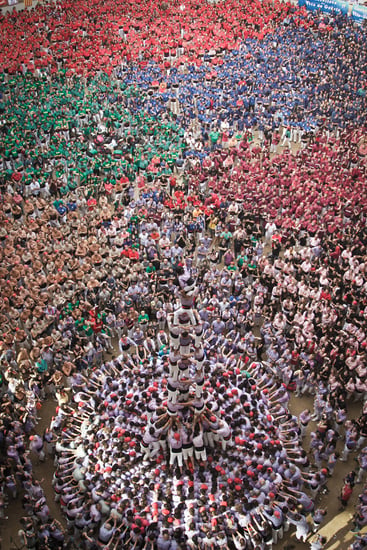 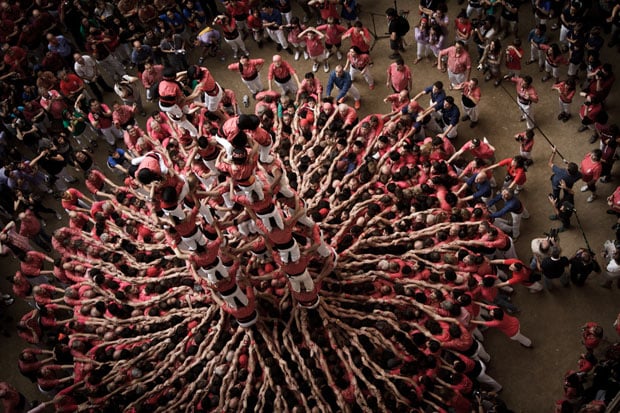 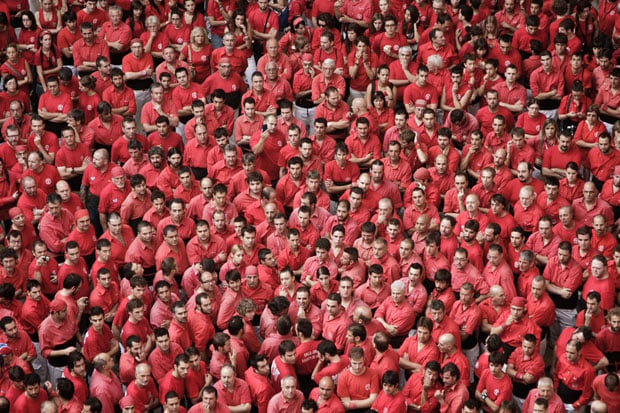 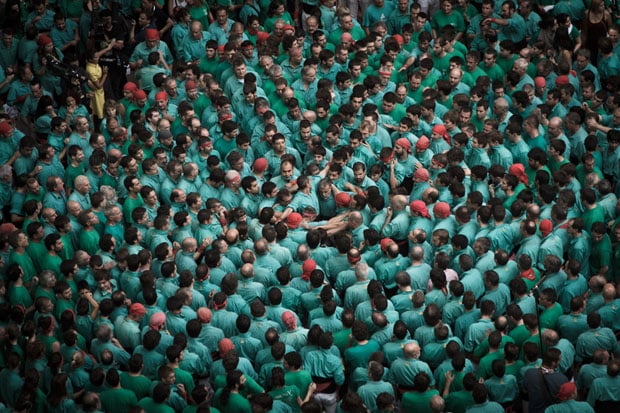 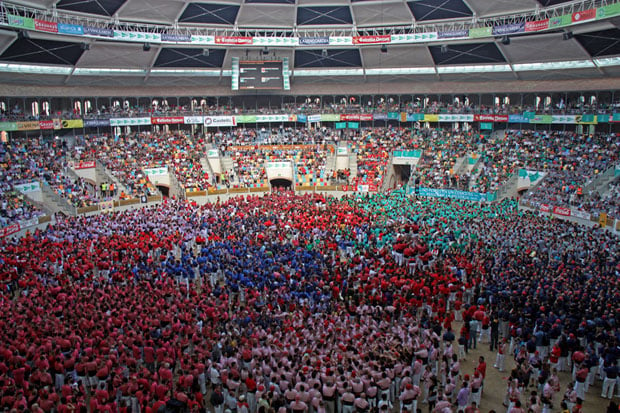 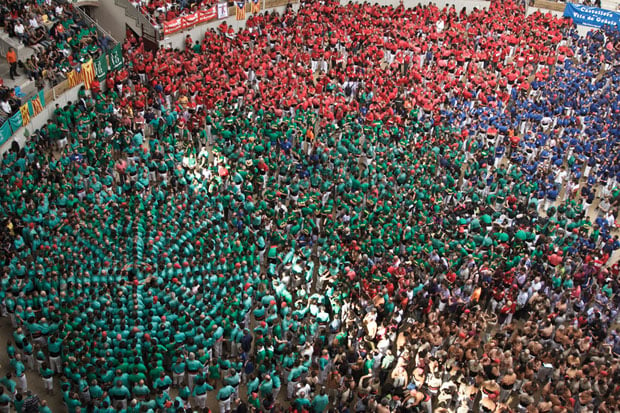 You can find more of Oliete’s photos from the festival in this Flickr set and on his personal website.

Castells by David Oliete (via Colossal)

Image credits: Photographs by David Oliete and used with permission