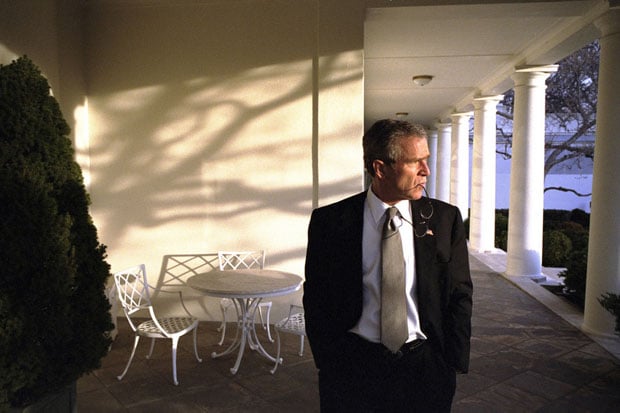 Former President Bush presided over eight dramatic years of the United States’ history, starting with 9/11 in the early years through the global economic crisis in 2008. 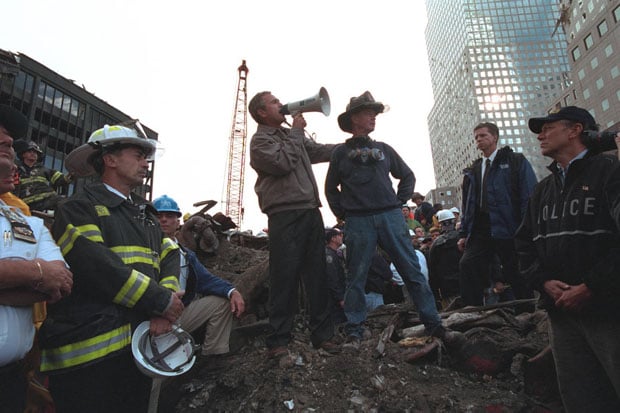 Like Souza, Draper had an incredible amount of freedom and access when it came to documenting important — and private — events. He was allowed to observe the most important and sensitive meetings, silently documenting things for future generations. 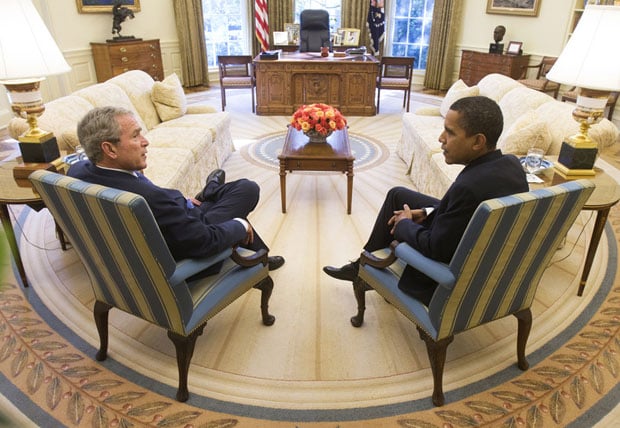 His nearly 1,000,000 photographs shot during Bush’s presidency include meetings with heads of state, moments in which some of Bush’s biggest decisions were made, and intimate personal time with family. 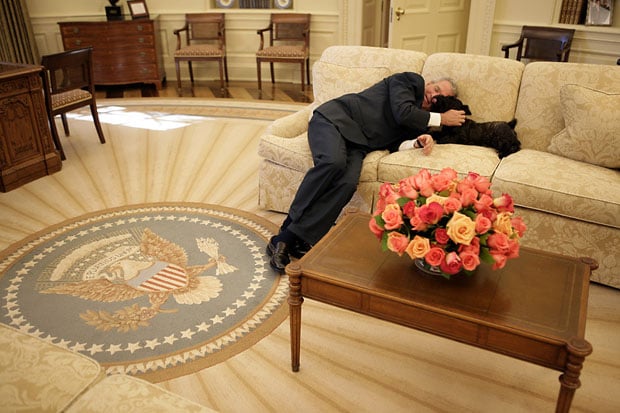 Today, Draper launched a new book that collects some of his best work into a single documentation of his experience as Bush’s photographer. It’s titled Front Row Seat: A Photographic Portrait of the Presidency of George W. Bush, and contains over 100 photos selected from the massive pool of images. 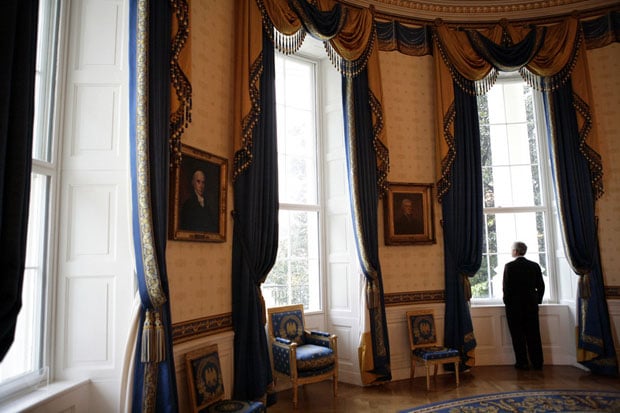 Here’s a short ABC News feature on Draper, in which the photographer talks a little about his new book:

The 240-page book is available through retailers such as Amazon with a price tag of around $30.

You can also find a selection of Draper’s best images over on his website.