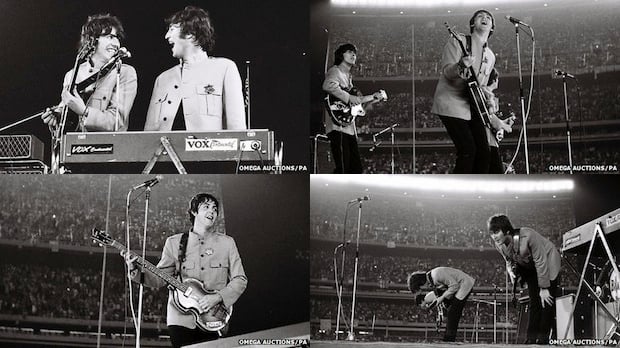 In 1965, amateur photographer Marc Weinstein used a fake press pass to get police to escort him stage-side at the historic Beatles concert in Shea Stadium. Now, almost 50 years later, he has sold all 61 of the images he captured there for a whopping £30,000 (or about $45,500). The story involves a little bit of bravery, a little bit of trickery, and a lot of luck.


The Beatles’ 1965 concert at Shea Stadium would go down in history as the biggest concert the band would ever play. Taking place at the height of their fame, McCartney, Lenon, Star and Harrison played for a then record-breaking crowd of over 55,000 people that day. One of those people was Marc Weinstein and his fake press pass. He tells Examiner.com,

I just blended with everybody there. I had a method of operation; I just acted like I belonged. Anybody in authority, I would look the other way.

The method seemed to work for him, because he was ultimately able to trick police men into escorting him right to the front of the stage. That’s where, as luck would have it, the only other photographer present happen to run out of film, which is probably why the photos sold a few days ago through Omega Auctions for about £10,000 more than anticipated.

The winner of the auction was Paul Fairweatherm, a “huge collector of Beatles memorabilia” who currently resides in Washington with 61 new black and white photos of his favorite band and about 45,500 fewer dollars to his name.

(via Examiner via DPReview)