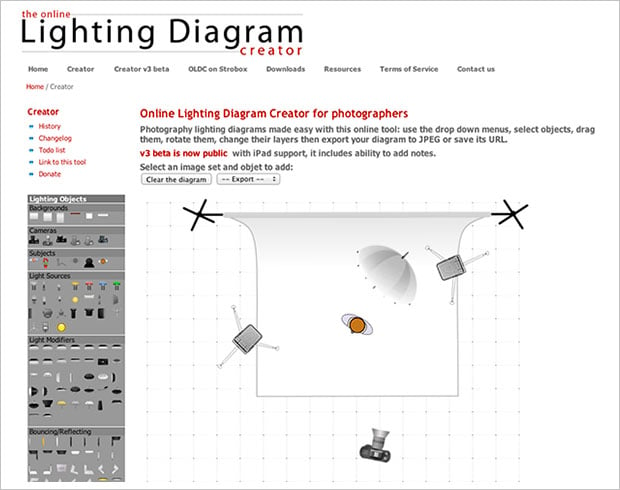 The Online Lighting Diagram Creator is a web app for easily creating and sharing lighting diagrams. It was created back in 2009 by Sydney-based photographer and web developer Quoc Huy Nguyen Dinh. It’s an extremely simple tool through which you can create detailed diagrams by simply clicking and dragging. 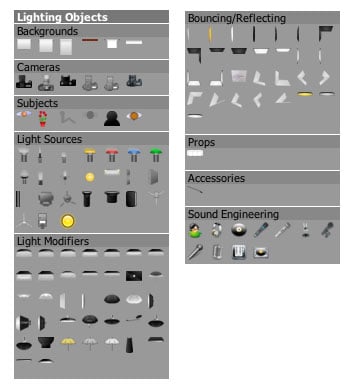 …and a canvas on the right side. Click a tool to have it appear on the canvas. Drag the object around to reposition it. Hover your mouse over to see options for rotating the object, changing its layer priority, duplicating it, or deleting it. Here’s a canvas filled with various objects: 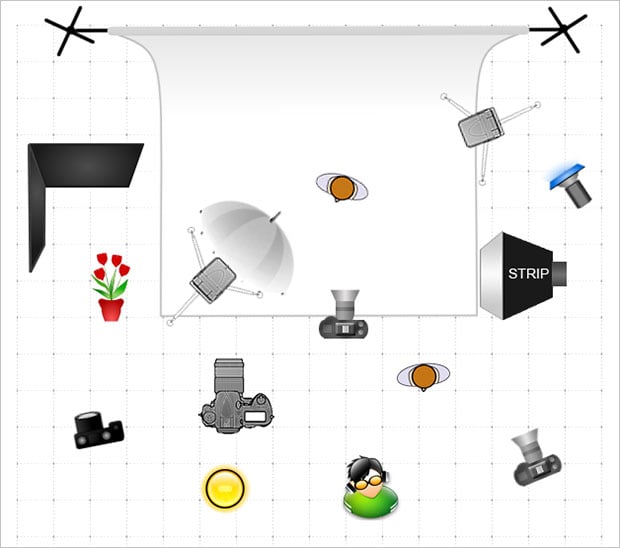 Once you’ve finalized your diagram, you can export it as a JPG or PNG file, or save it to a URL that you can then share with others.

After the first version gained some traction online, Dinh followed it up with a new version that’s currently called “Creator v3 beta.” This new tool is more advanced, and is also optimized for iPad use. 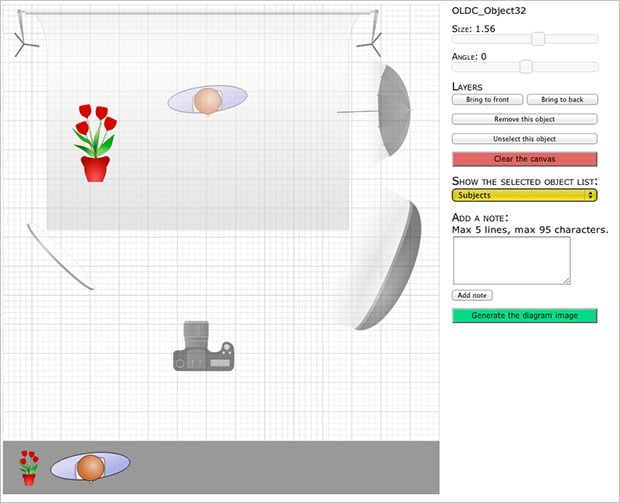 The different objects categories are now hidden behind a drop down menu, and appear in the box on the bottom when a category is chosen. The size and orientation of the objects can be adjusted using sliders once they’ve been dragged into the canvas.

Another new feature is the ability to add notes to saved diagrams. Notes can be up to 95 characters in length, and are added through the text field to the side of the diagram maker.

Head on over to the original Lighting Diagram Creator or to the Creator v3 beta to get started.