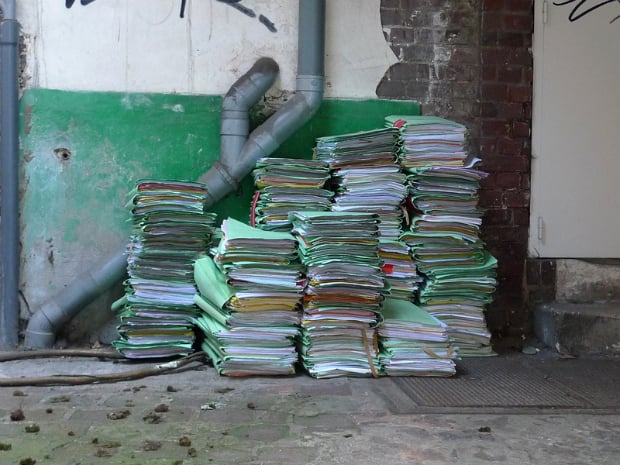 Argentinian photographer Daniel Mordzinski, know for his work photographing literary giants, is accusing famous French newspaper Le Monde of trashing 27 years of his work without warning. Boxes worth of negatives and slides were allegedly thrown away when the photographer’s office at the newspaper was cleaned out without notice earlier this month.

For 10 years, Mordzinski held an office at Le Monde as part of an agreement with the newspaper El Pais. But on March 7th, El Pais correspondent and friend of Mordzinski’s, Miguel Mora, discovered that the office had been emptied out, suggesting that the decades worth of Mordzinski’s work stored there had been thrown out.

Le Monde has yet to issue a response to the accusations, but that hasn’t stopped Mordzinski and his supporters from starting a social networking campaign to spread the story and their indignation.

In addition to an open letter by writer Luis Sepulveda, Mordzinski himself is accusing Le Monde of “more than negligence.” With the exception of the hundreds of photos digitized for exhibitions or books, the photographer can’t help but assume that the rest of his work has now been relegated to the dumpster.

The Mother of All Rooftopping Photos, On Top of the Tallest Building in the World