Messe Kopp sent us this awesome and mind-bending video he shot on the streets of Downtown Jerusalem. It it’s a backward-is-forward video that shows a man getting up from bed and taking a stroll down a city street, interacting with various people and objects along the way. The entire 2.5-minute video was shot in a single take.


Coming up with the concept took Kopp “countless hours,” but the actual shoot only took 2-3 hours — the final version was shot on the second real take after a number of dry runs. 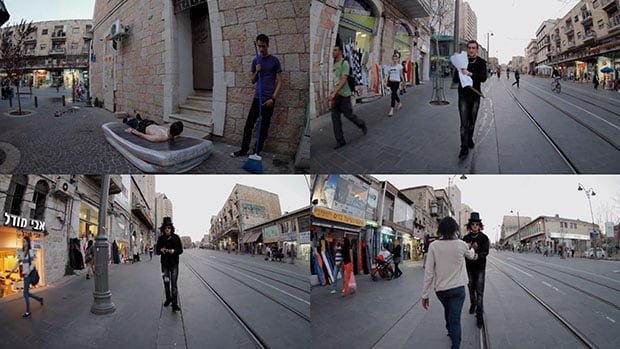 If you’re wondering what the video looked like straight out of the camera, here’s an unofficial behind-the-scenes version (basically, someone took the video, reversed it, and reuploaded it to YouTube):

You can find some other backward-is-forward videos we’ve shared in the past here.