About a year ago, we shared a creative stop-motion video by Eran Amir that involved 500 different volunteers holding 1,500 individual photographs in order to create an animation. That video has amassed over 1.5 million views since then. It appears that Amir has a magical touch when it comes to viral web videos, because now he’s back with another video that’s going viral — one that’s also related to photography in an unusual way.

The video shown above (Note: the background track contains a bit of strong language) opens with a monochrome photograph of Amir sitting at a table covered with various items. Over the course of two minutes, Amir slowly adds splashes of color to the scene until the completely black-and-white photograph is transformed into a fully colorized image (no digital trickery is involved). 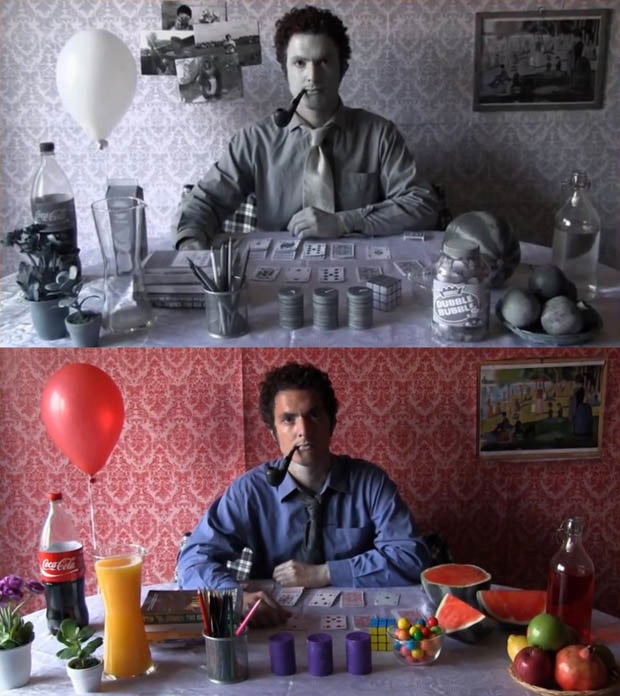 So that’s the difference between monochrome and color… The video reminds us of the humorous Calvin & Hobbes comic in which Calvin asks his dad about this topic.

(via Colossal via The Creators Project)

P.S. If you want to see how the video was made, here’s the “making-of”.