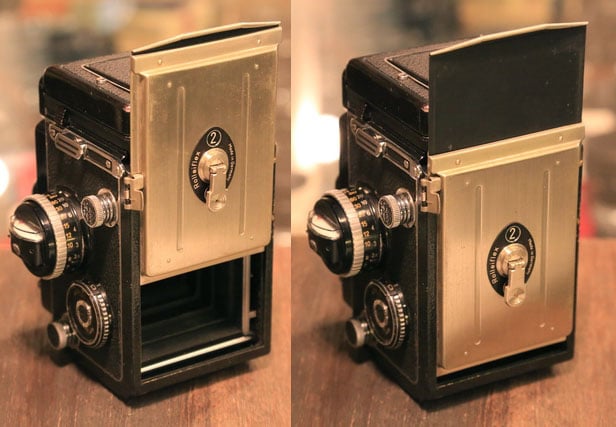 
The special ingredient you’ll need is a Rolleiflex/Rolleicord Plate Adapter, which sells in kits for about $50 to $100 over on eBay. This adapter is designed to shoot wet plates using Rollei cameras, but it can also be used as a holder for instant film.

You’ll need to load your film into the plate adapter in a dark environment — a darkroom, or a film changing bag if you’re doing this on the go.

Once the film is loaded, you manually remove and reinsert the black card that shields the film from light, exposing the film in between.

Finally, the easiest way to “process” the film is to have an actual Instax camera handy. Simply load the film into the real Instax camera, and press the shutter in a dark environment to have the film pass through the camera’s rollers (which causes the processing chemicals to become dispersed through the film). You can also crush the film manually with rollers if you need to, but the photo may turn out unevenly developed if you do this.

Here are some instant photos Kevin shot using this technique: 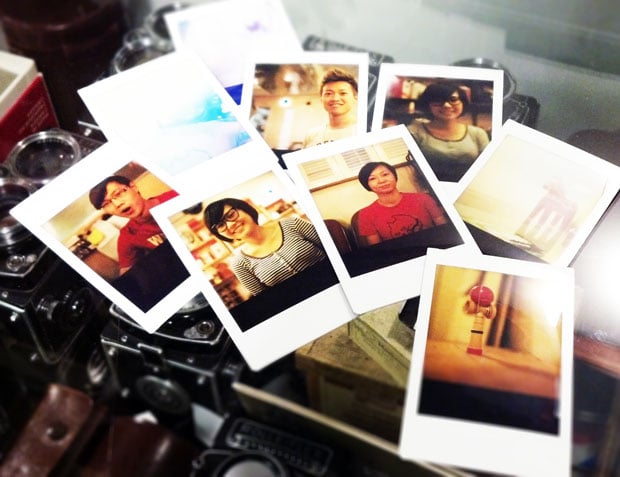 Head on over to FilMe to see the step-by-step tutorial. It’s in Chinese, but you might be able to use automatic translation and the photos to understand the hack if you’re not bilingual.