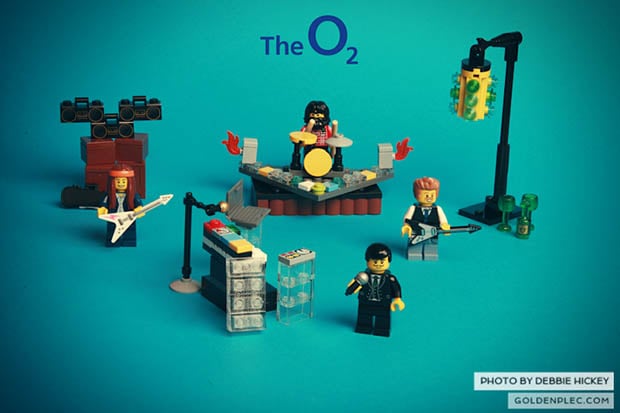 It’s an unfortunate truth in the world of concert photography that some bands refuse to issue press passes to “small time” local music photographers. The Killers are one such band.

After the group performed in Dublin earlier this month, music website GoldenPlec wasn’t able to send a photographer, so it decided to think outside the box to “get around” the ban. Instead of publishing actual photos of The Killers, the site featured LEGO recreations depicting what the show was like.

The review published is a normal one, but the piece is accompanied (without explanation) by photos of The Killers in LEGO form: 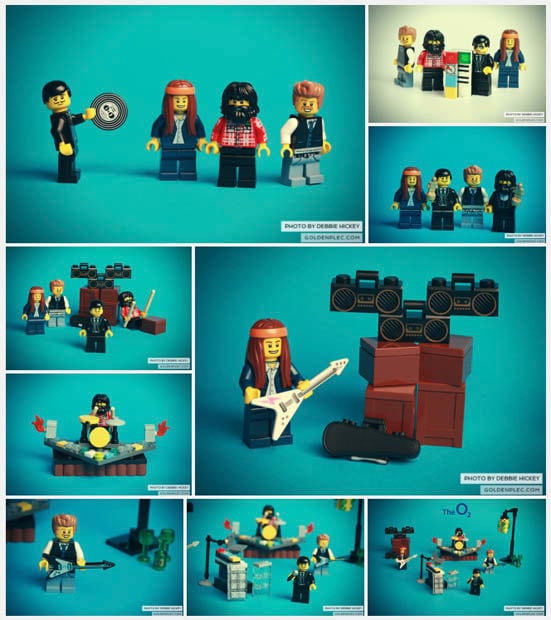 The photos were created by photographer Debbie Hickey, who used LEGO figures/pieces and a paper backdrop. She writes,

The reason for this was because the band have a strict no photographers rule. I first encountered this ridiculous rule at electric picnic last year, 10 minutes before the band were set to go on stage we were told – “No photographers allowed, you’ll have to leave the pit”. As they were one of my favourite bands I hoped to shoot, I was left a felling a little deflated. Their o2 gig in Dublin this weekend was no different. Photographers be gone!

No Photopass? No problem! If I can’t shoot them, I’ll build them, Never let it be said that GoldenPlec doesn’t get the shot.

Hickey spent just half an hour creating and composing the shots themselves, but finding the LEGO pieces and figures she needed took a few hours (she wanted to make sure the faces, hair, and bodies somewhat resembled the band).

Sean Nolan over at JOE writes, “Hickey recreated the band’s show with the building blocks, and some creative licence, easily producing the best concert images we’ve seen in ages.”

You can find Hickey’s entire set of photos over in the GoldenPlec review and on her personal blog.

Thanks for sending in the tip, Yan!

Oscar-Winning Documentary Filmmaker Used His iPhone When Money Ran Out