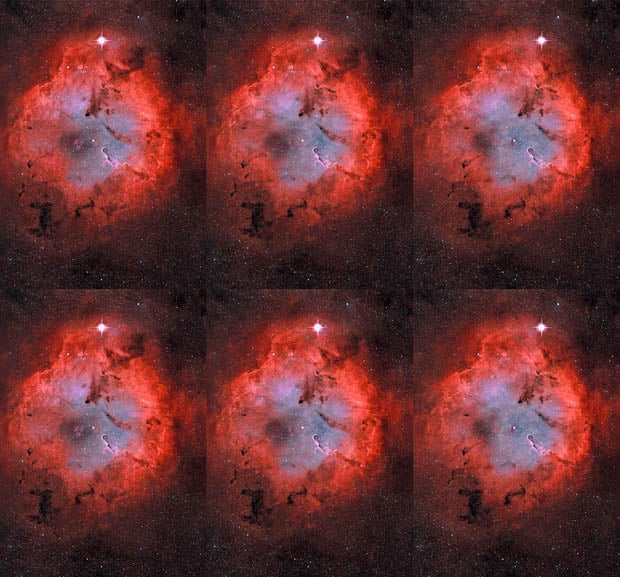 Parallax 3D images use two photos captured from slightly different vantage point to create the appearance of depth. In astrophotography, however, the distance between human cameras and distance objects are so great that real parallax generally cannot be achieved.

Finnish astrophotographer J-P Metsavainio has developed a brilliant experimental technique that overcomes this (kinda): he converts astrophotographs into 3D volumetric models, and then uses those models to create dazzling 3D animations of nebulae.


Metsavainio tells us that his technique is a mixture of science and art. He first gathers specific information about the nebula in his photo prior to doing the 3D conversion. More important is the distance information of known stars, which allows him to place them at correct relative distances from one another in his resulting model.

If distance information about certain stars cannot be obtained, he falls back on a rule of thumb he has developed: “brighter is closer.” It may be a very rough approximation, but so far it has worked well. He also tell us that many shapes in a nebula can also be determined by simply studying the photos carefully. It also helps that many nebula share similar features, such as stellar wind blowing gas away from the cluster and forming an empty space around it.

How accurate the final model is, depends how much I have known and guessed right. The motivation to make those 3-D-studies is just to show, that objects in the images are not like paintings on the canvas but really three dimensional objects floating in the three dimensional space. This generally adds a new dimension to my hobby as an astronomical imager.

Here are some of the animated GIF he has created so far:

Want to know more details about how the 3D conversion is done? Here’s what Metsavainio tells us,

After the first step [gathering the info about the stars], the nebula layer of the image get splitted to an elemets by it’s structure. Then a 3d-mesh is made by the brightness of the nebula. This can be done since the gas in the nebula emits a light of it own and the thickness of the nebula can be estimated by the amount of light.

Then I split the star image to a separate layers by the star brightness and the color index. If there are stars with a known distance, like ones coursing the emission of the nebulosity, I separate them to a different layers, all the steps are done “semi automatic”.

At the final step all the image information, nebula and stars, are projected to complex 3D-suffaces and some tweaking can be done three dimensionally.
Rest of the work is traditional animation work.

You can find more of Metsavainio’s work over in his portfolio and on his blog. He is also sharing animations as videos through a YouTube channel, and you can follow along with his work through Facebook as well.