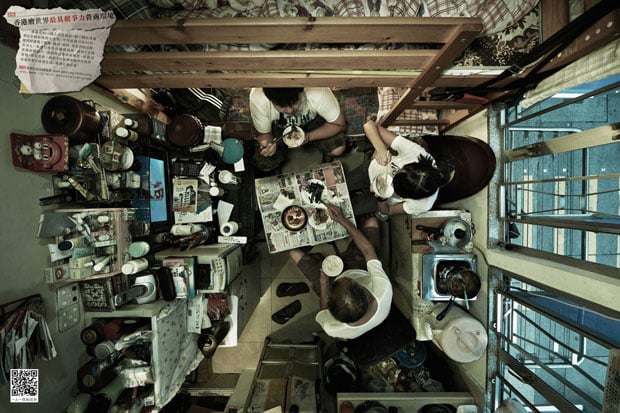 In the middle of last year, The Economist released rankings for the world’s most livable cities, and Hong Kong was found at the top. What many people don’t know, however, is that there is a percentage of Hong Kong residents living in rather horrid conditions.

In an attempt to draw attention to the issue, human rights organization Society for Community Organization recently commissioned a series of photographs showing what a number of unacceptable living spaces look like when viewed from directly overhead. (Here’s a larger version of the photo above.)


According to the SoCO, over 100,000 people live in tiny “cubicle apartments” in the city. These are 40-square-foot living spaces created by dividing already-small apartments into multiple units.

Residents go about their lives in these confined spaces, sleeping on one corner, eating in another, storing their belongings in a third, and perhaps watching a TV that’s found in a fourth.

SoCO’s wide-angle photographs capture how cramped these spaces really are by showing everything within them in a single frame. The images were likely captured by simply fixing a camera with a wide-angle lens to the ceiling, and then triggering a shot remotely (the photographer cannot be seen in the image).

In each photo is a QR code that directs viewers to a petition to the Hong Kong government. Click each of these photos to see a higher-resolution version: 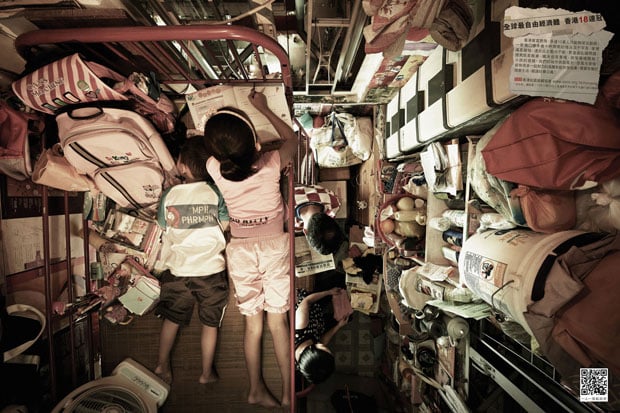 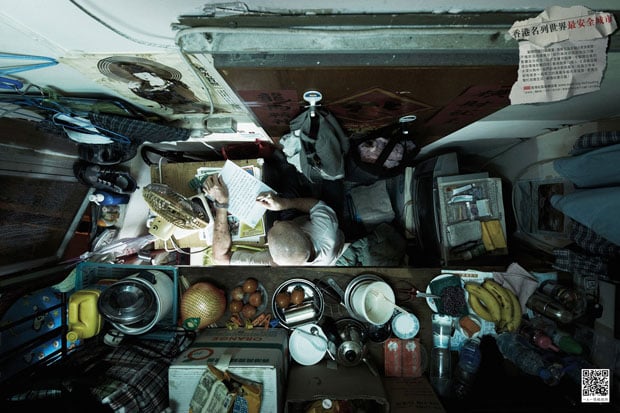 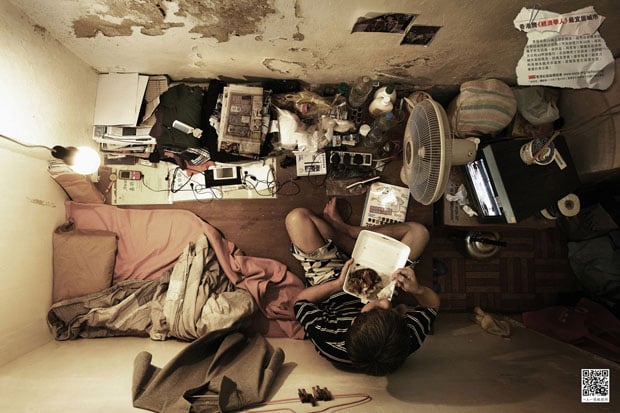 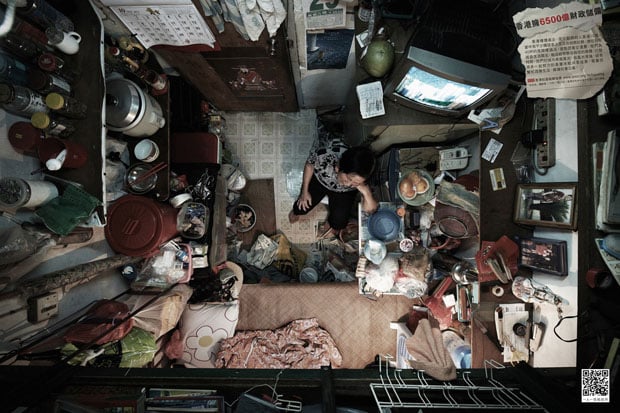 We featured a couple of similar projects last year. One was Menno Aden’s photos of various spaces as seen from above, and another was photographer Michael H. Rohde’s images of rooms as seen from below.

(via Ads of the World via Lense)