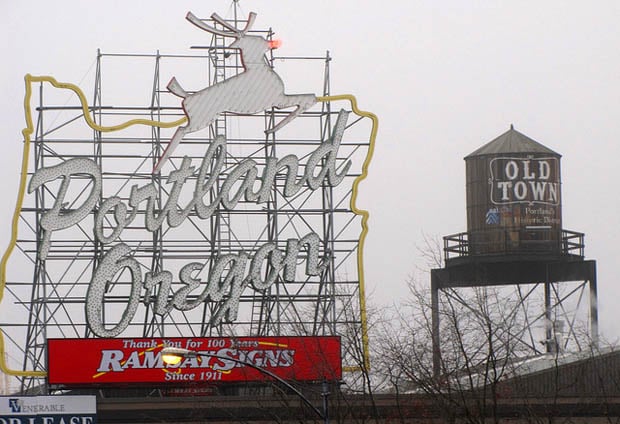 Drive across the west end of the Burnside Bridge in Portland, Oregon, and you’re bound to see the iconic Portland, Oregon sign, commonly known as the “White Stag sign.” It’s an oft-photographed sign that was named a historic landmark back in 1977.

If you were planning on featuring it in a photo shoot, however, you’ll now want to bring your checkbook in addition to your camera — the city of Portland is now charging fees for anyone who would like to use images of the sign commercially.

Portland purchased the sign back in September 2010, and began paying a monthly fee of $2,000 to maintain and power it. Now, it appears that the government would like to see some of that money return in the form of licensing agreements.

The Made in Oregon sign, also known as the White Stag Sign is located in downtown Portland in the Skidmore/Old Town Historic District; listed in the National Register of Historic Places. The sign was revamped in 2010 to the “Portland, Oregon” Sign and serves as a symbol of iconic National History for the City of Portland and its Citizenry.

We’d like to invite you to be part of that legacy by including the Portland, Oregon Sign in your next project. If you’d like to use an image of the Sign for any sort of commercial purpose, such as licensing, filming, or photography please contact the Bureau of Internal Business Services.

The page also lists the amounts that will be charged for commercial use of the sign. If you’re a photographer running a small business, a single use will cost you at least $100. Larger businesses that hope to use photos of the sign in merchandise will have to pay a minimum of $1,100.

Here’s a recent news report on the new fees by KATU:

If the city discovers you using photos of the sign commercially without paying up first, you may receive this warning letter in the mail:

It looks like Portland residents (and photographers) aren’t too pleased with this new development… Check out the comments left over on KATU’s piece covering this story. 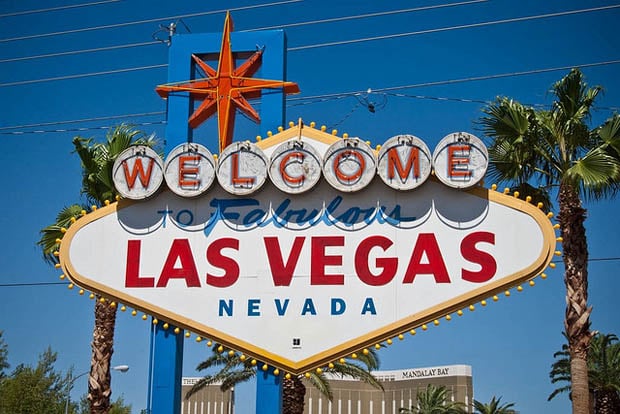 Recognize the sign above? We’re guessing you do. It’s the “Welcome to Fabulous Las Vegas” sign that you’ll come across when driving into the Las Vegas Strip, and is one of the most recognizable city signs in the world. Guess how much it costs to use it commercially?

That’s right: after creating the sign, graphic designer Betty Willis decided not to copyright the design, as she wanted the sign to be her gift to the city. The sign itself is currently owned and trademarked by the Young Electric Sign Company (YESCO). While the company could charge photographers for commercial use (just like the city of Portland), its policy is to not restrict usage unless the use has a negative impact.

P.S. The iconic Hollywood sign is another famous city landmark that will cost you money to shoot commercial photos of.

Thanks for sending in the tip, Kelly-Shane!

Exhibition Uses a Computer to Generate Every Possible Photograph