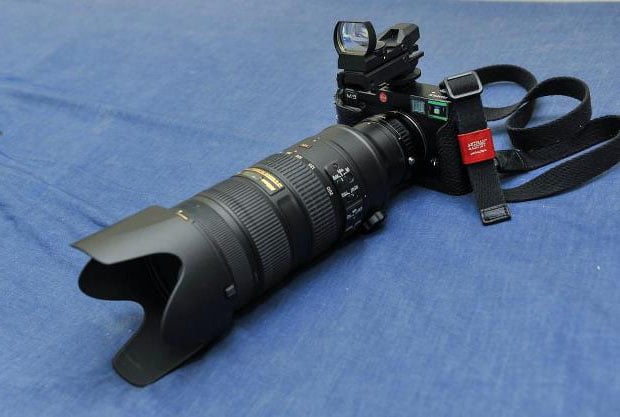 Remember Richard, the Fuji Rumors reader who turned his Fujifilm X-E1 into a Leica M9 lookalike by slapping on four small decals? He didn’t stop there: once his camera was Leica-fied, he proceeded to give it a “Sniper configuration.”

As an optical viewfinder, Richard mounted a tactical red dot sight to the camera’s hotshoe (now there’s an OVF idea we haven’t seen before). Everything can be slung securely on his shoulder with a special belt-style camera strap.

The resulting camera kit is one that looks unlike anything we’ve ever seen before. The X-E1 is a fantastic camera for street photography, but something tells us this particular configuration would attract some pretty strange looks on most sidewalks.