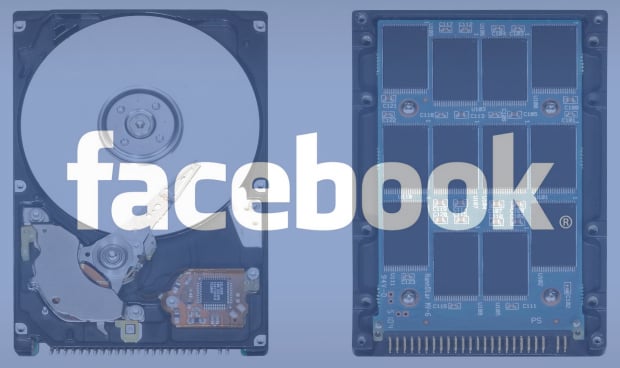 Facebook has over 240 billion photos on its servers — that’s billion… with a “b” — and every day about 350 million more are added. Naturally, Facebook needs to store all of those photos somewhere, and that somewhere needs to be accessible at all times because who knows when Jack will need to show Jill some pics of the hill from 3 years ago.

This poses a problem, because the only options for storing these old photos and keeping them accessible at the same time are mechanical hard disks (what Facebook currently uses) and solid state memory. The first saps too much power, the second is way too expensive.

So Facebook is solving the problem the only way it knows how: sidestepping it entirely. Facebook’s vice president of infrastructure engineering Jay Parikh asked the people at the Open Compute Project’s latest summit meeting to invent a new kind of cheaper flash storage — simple enough, right?

Actually, it may not be all that complicated, given the use Facebook is planning on putting these drives to. Current flash memory is manufactured to maximize the number of times you can read and write to the drive, because it tends to degrade as it’s used.

Facebook is asking for “cold storage” flash memory that is only made to be read on those rare occasions when you need to prove to your friends that you had long hair when you were 16. Additionally, the massive social network already has a long-standing relationship with flash-storage manufacturer Fusion-io; this request may become a reality sooner that you might think.

It may not seem like the invention would make much of a difference for the typical consumer, but being able to store a massive archive of rarely accessed photos on very cheap, very dependable flash media may not be such a bad thing for photographers.

Humorous Portraits of People with Faces Pressed Against Glass