The image you see above isn’t a screenshot from some city-building video game like Sim City. It’s a panoramic photograph of New York City captured by Sergey Semenov that recently won Epson’s Pano Award for most outstanding panorama captured by an amateur. Check out a high-resolution version of the image here.

If you’re wondering why the image looks so different from other photographs taken from the sky, the reason is because it’s not a single exposure photograph. Instead, Sergey captured numerous photographs of the city from various angles as he rode around in a helicopter, stitched the resulting images into a 3D panorama, and then flatted the 3D version into the 2D photograph seen above. 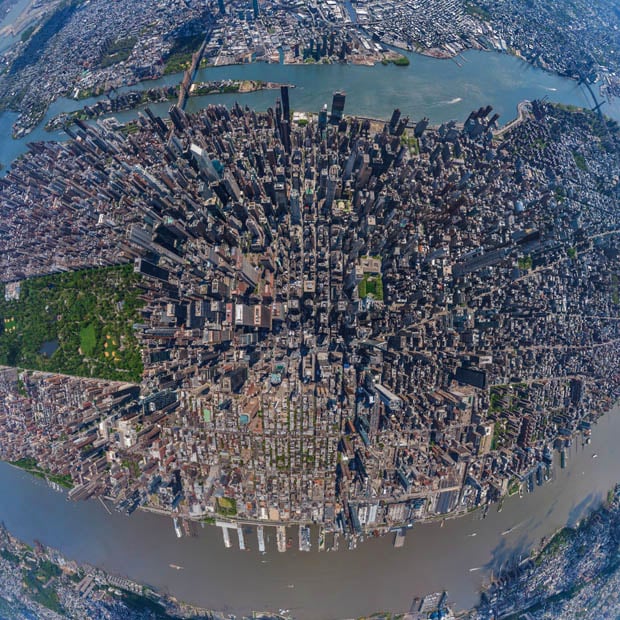 Want to browse the interactive 3D version in all its glory? Here it is (sorry about the autostart and the music):

You can also find a low-resolution version of this interactive photo over on AirPano.

(via AirPano via The Verge)