If you ever find yourself wondering what it’s like to be hunted by a hungry polar bear, just ask filmmaker Gordon Buchanan. While shooting wildlife imagery in Svalbard, Norway for a BBC series titled The Polar Bear Family and Me, Buchanan was approached by a giant 1,000lb, 8-foot-tall polar bear. Luckily for Buchanan, he was in a tiny Plexiglas enclosure. Luckily for the BBC, Buchanan was able to capture the 45-minute ordeal on film.

The video above offers a glimpse into what Buchanan experienced that day. Buchanan was basically sitting in an on-land equivalent of an underwater shark cage, which allowed him to document the bear attack from inches away without worrying about actually becoming the hungry creature’s next meal. 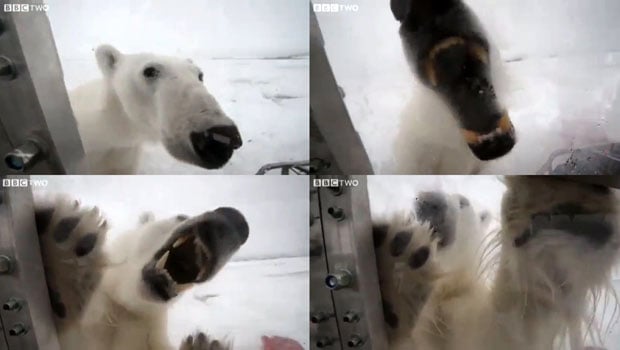 Buchanan says that it was the scariest 40-or-so minutes of his life. It’s all worth it, though, if you can leave unscathed and with a selfie like this: 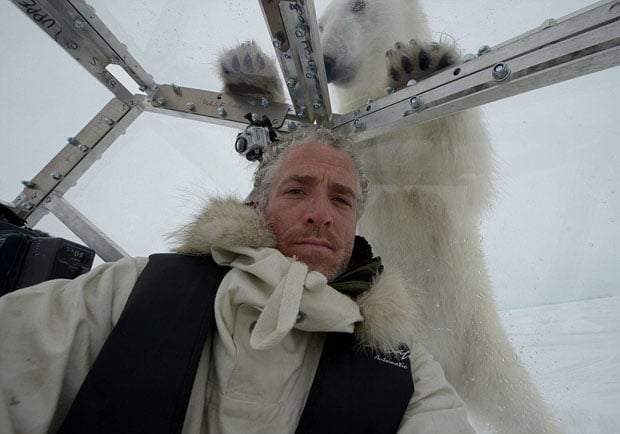 You can find more photographs of this encounter over on The Daily Mail.

P.S. Perhaps the bear was simply trying to get at the camera equipment inside the pod rather than at Buchanan. A few months ago we shared some interesting photos of a polar bear that enjoyed getting its jaw and paws on a Canon 70-200mm lens.

Recipe for a Photograph: Reflected Ant on Black