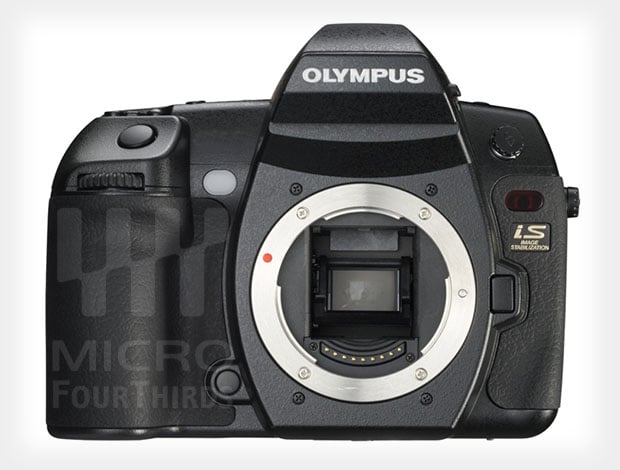 In a recent interview with Quesabesde, Miguel Angel Garcia, the CEO of Olympus Spain, dropped another “official” hint at what the camera company is cooking up to replace the E-5. The subsequent article, which initially said that the camera would be compatible with both Micro Four Thirds and Four Thirds Lenses, has since been reworded to state simply that the replacement for the E-5 will be “capable of harnessing the full potential of Four Thirds lenses.”


All of the remaining details come courtesy of DSLRmagazine and previous statements made by President of Olympus, Haruo Ogawa. They’re reporting that the next iteration will be somewhere between the E-M5 and E-5 in size and come equipped with a “spectacular” electronic view finder, some very advanced new features, and a price tag that outweighs the one you’ll find attached to the E-M5. In regards to lenses, the magazine says to expect an MFT mount, and a special FT adapter that will make good on Mr. Garcia’s promise mentioned above.

The E-5, released in 2010, is a Four Thirds DSLR in earnest — no if’s, and’s, or electronic viewfinders. All of the recent statements and rumors, however, seem to point away from a true SLR as a replacement. After all, why specify that it’s going to be compatible with the full range of four thirds lenses unless it comes with a Micro Four Thirds body?

As you can tell, details are still thin, but it seems that reports from way back in 2010 that Olympus would be moving away from SLRs entirely are finally starting to come to fruition.