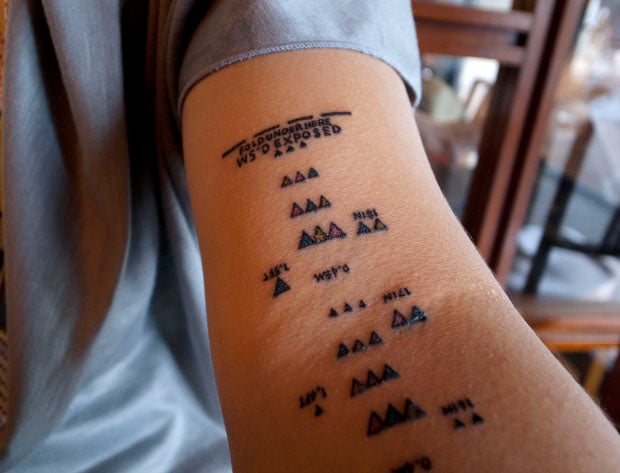 Photographer Michel Jones has one of the most unique photography-related tattoos we’ve seen yet. While most photography enthusiasts who get inked may choose designs that are easily recognizable by the general public (e.g. cameras, lenses, photos), Jones went with a design that is enigmatic to most people and even foreign to many photographers. His tattoo is based on the backing paper that comes with 120 film.


Here are a couple examples of what the backing paper looks like in case you’ve never seen it before: 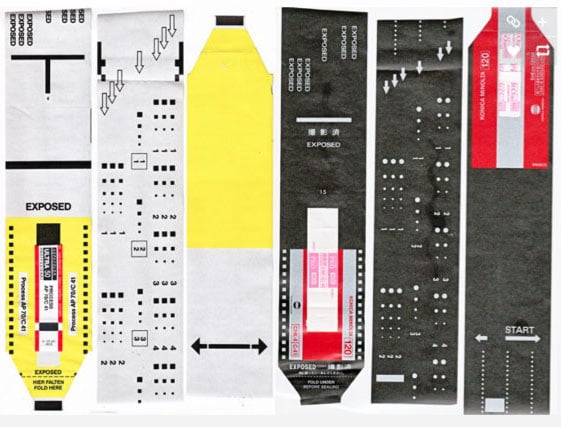 Here’s what Wikipedia says about the long symbol-filled sheets:

The 120 format is typical of roll film […] The film is […] attached to a piece of backing paper longer and slightly wider than the film. The backing paper protects the film while it is wound on the spool, with enough extra length to allow loading and unloading the roll in daylight without exposing any of the film. Frame number markings for the three standard image formats are printed on the backing paper. 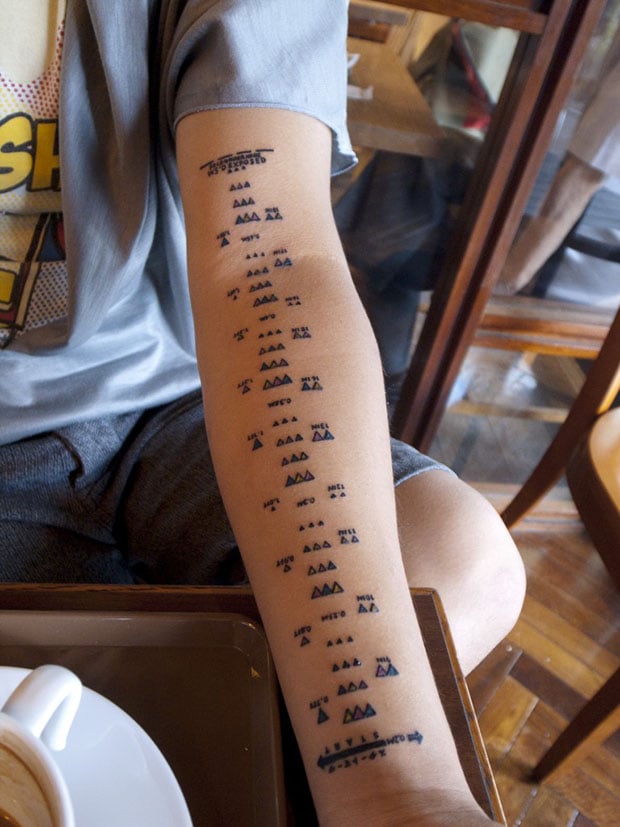 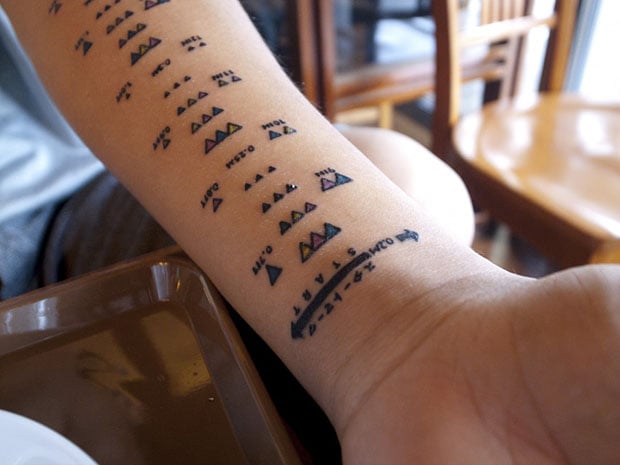 Bellamy Hunt writes that the tattoo is “almost like some kind of modern tribalism” (the tribe of analog enthusiasts?). Jones is certainly very involved with the world of film photography: he’s currently an ambassador for The Impossible Project’s instant films.