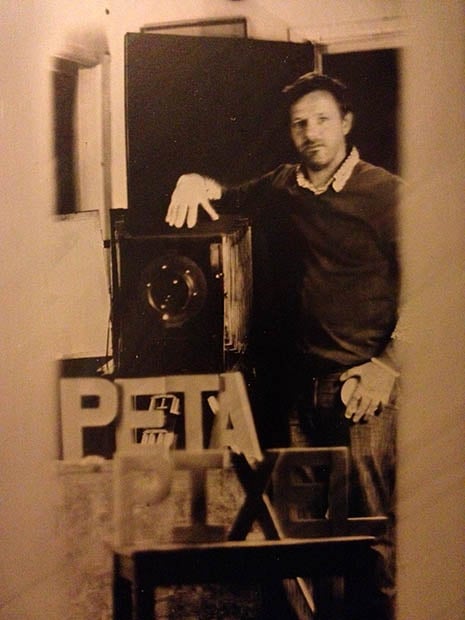 Cornwell had recently borrowed the camera from a friend for a shoot he’s planning to do next week, and this random idea provided the perfect opportunity to test out the gear before the big shoot.

He set up for the photo by bringing everything into his living room: 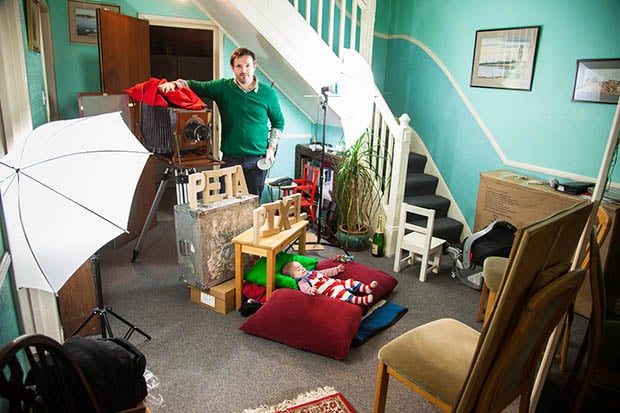 The ingredients list included: two big 5500k lamps, a couple of large mirrors, his four-month-old son named Indigo, and a set of block letters that spell out “PetaPixel.” After arranging everything the way he wanted in the frame — which took some time due to the massive lens — Cornwell created a picture using a two-minute exposure: 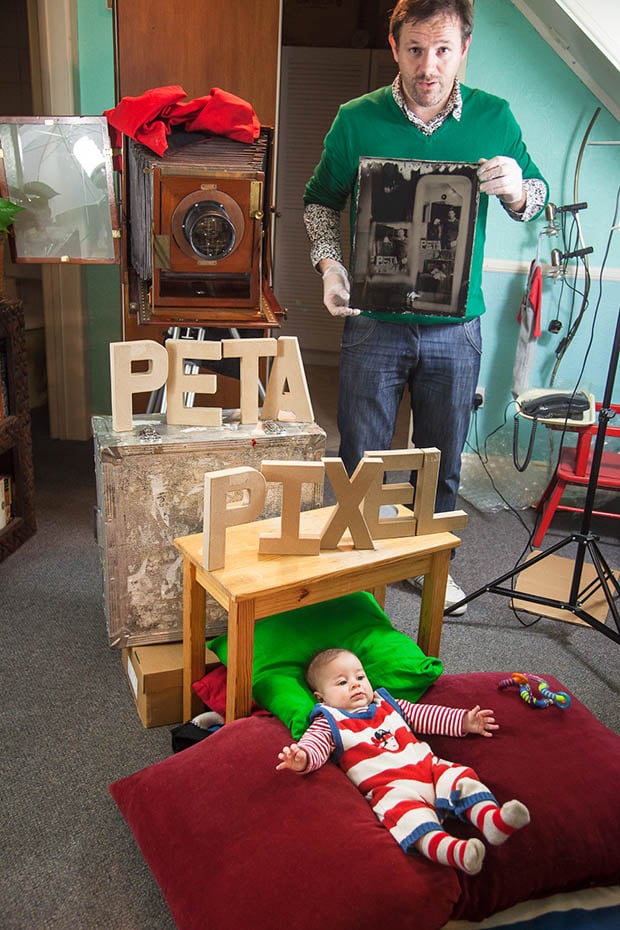 The long-ish exposure time turned his son into what he calls the “weird blob” at the bottom of the frame: 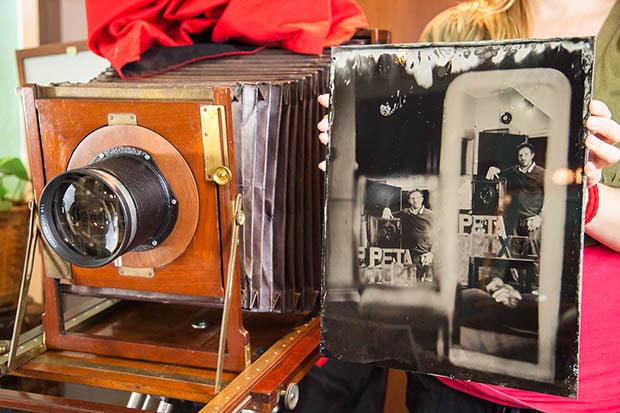 Now here’s a challenge for the rest of you: try your hand at shooting your own curious mirror self-portrait using an alternative style of photography, and then show us what you come up with. If we receive good ones, we’ll find some way to share them, whether it’s by updating this post, creating a Flickr set, or publishing a new roundup post. Good luck, y’all!

Image credits: Photographs by Sam Cornwell and used with permission

The First Hoax Photograph Ever Shot

Photographer Snaps Portraits of Sharks While Swimming With Them Cage-Free