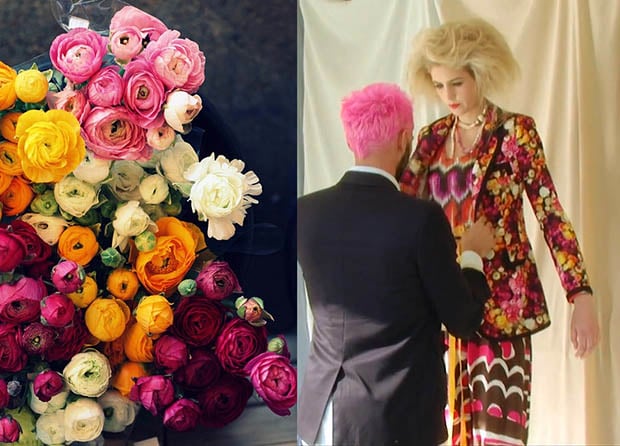 Photographer Jessica Nichols‘ most popular photograph on her Flickr account (above left) is titled “Loads of Ranunculus” and has more than 10,000 views. Nichols got a nasty shock a year ago when she discovered that American fashion designer Chris Benz had apparently turned the photo into numerous clothing designs for his Spring 2012 line, without Nichols’ knowing and/or permission. Since July of this year, Nichols has been fighting against the infringement in an attempt to get the designer to pay up.

Here’s a more detailed look at the original photograph: Two of the designs in the Spring 2012 collection appear to simply be the flowers in the above photograph turned into a repetitive pattern: 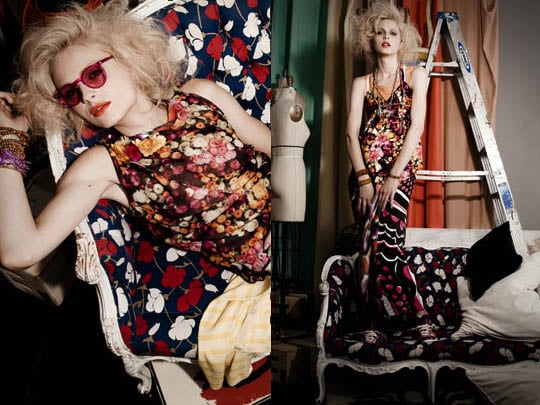 The photograph was also used on shoes and extensively in a marketing campaign with Lancome as a women’s bag (which is currently available for purchase on Amazon). Nichols purchased one of the bags for evidence: 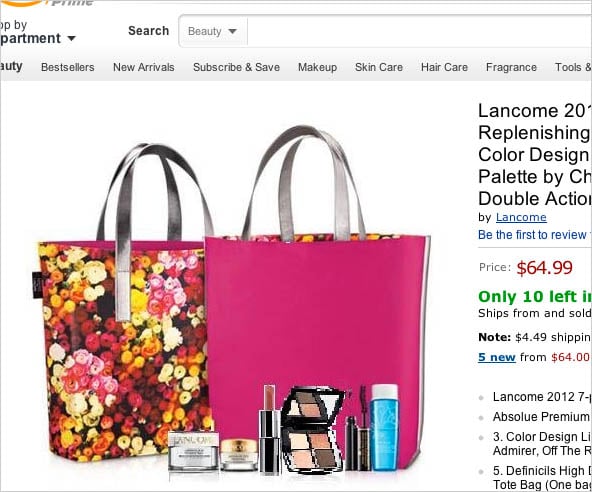 Here’s a short video by Chic.TV of NYC Fashion Week 2011 in which the design makes an appearance:

Interestingly enough, as Benz is adjusting some clothing that is allegedly based on Nichols’ photo, he’s asked the question, “Are you struck with inspiration or are you actively looking for it?”. Here’s his response:

I’m always looking, and I think one of the most important things as a designer is to always keep your eyes open and look for inspiration everywhere.

His lawyers are refuting Nichols’ infringement complaint, saying it was inspiration rather than infringement. Nichols writes,

He “gathered inspiration” for his design from sources on the internet, flower shops and street vendors, and while he “is not prepared to say that he absolutely never saw your client’s photograph,” he denies that he copied or manipulated it. In addition, he “respectfully denies” that the fabric is “substantially similar” to my photograph and therefore there is no infringement.

I believe the photographs speak for themselves about how substantially similar his fabric is to my photograph. My entire photograph is in the fabric! […]

Come on Chris Benz, it is way past time to step up and take responsibility for using my photograph without my permission and without compensation! I know it was exciting for you last week when you tweeted about Sasha Obama wearing one of your skirts on election night, but please take a Twitter break and get in touch with my lawyers.

You can find out more about this story and hear Nichols’ side of things over on her blog post documenting it:

Update: Reader Kiki the Wonder Mule has created an animated GIF that shows how the original photo was used in the Lancome bag design. Nichols has also added a PayPal donation button to her site in order to collect donations to pay for her growing legal costs.

Thanks for sending in the tip, Thomas!