Ever wonder how some of the strangest videos manage to go viral online and generate huge profits for their makers? It all has to do with Buyral, a secret program that serves as the kingmaker behind all viral videos. Simply pay the fee, and Buyral will use its carefully developed worldwide program to ensure that your content gets the millions of clicks it deserves. The humorous satirical advertisement seen above, by Aircastle Films, explains how Buyral works.

This video about viral videos is actually a viral advertising video itself — it was created for Toronto-based advertising agency john st., the same agency behind Catvertising. 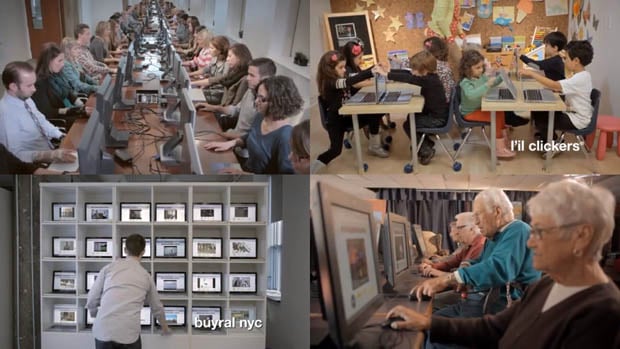 What’s scary is that some of the concepts seen in the video actually exist as businesses around the world. There are people in China and certain developing nations who work full-time as video game players who spend their days collecting in-game currency. With viral videos and photos becoming such a big part of marketing strategies these days, it’s likely that businesses are already putting together “clicking farms” like the ones seen above.

According to the Buyral “company website”, you can buy 25 million views for just $60. No word yet on whether Buyral is planning to expand into online photography as well, but until they do, PetaPixel is here to help.

Ford Blends Cars Into Scenes Using Paint Instead of Photoshop