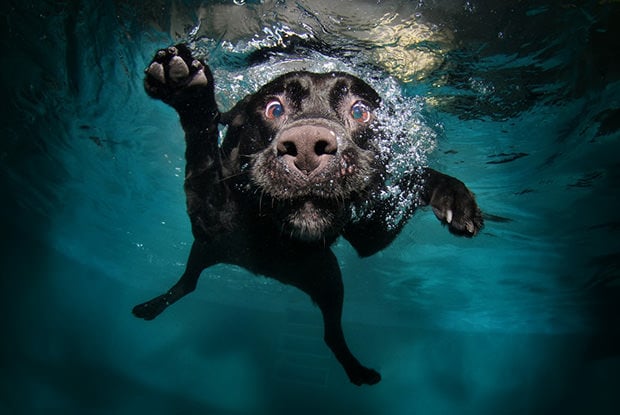 Photographers used to spend lifetimes building up their portfolios and networks before their work became widely known to a global audience, but with the advent of the Internet, the fact that anything can “go viral” is completely changing the equation for success.

Before the photos spread across the world, Casteel was doing okay as a freelance photographer. He sometimes struggled to pay the bills, but his list of clients was growing.

[…] Now everything has changed. On that fateful February 9th, the photos mysteriously landed on Reddit, Facebook, Google+ and then Warholian, becoming one of the hottest trends amongst viewers on at least five or six continents.

More than 1,000 people all over the world have subsequently asked him to shoot photos of their pets. He’s got a line of publishing houses fighting to get the rights to his forthcoming book of underwater dog photos, and he’s made appearance on, or in, most major American news publications from the The New York Times to Good Morning America.

While PetaPixel wasn’t the first to share Casteel’s dog photographs — we were actually late to the game because we were waiting for permission from Casteel — we did play a huge role in another set of dog photographs. Back in July 2011, we shared Carli Davidson’s photos of dogs shaking off water. 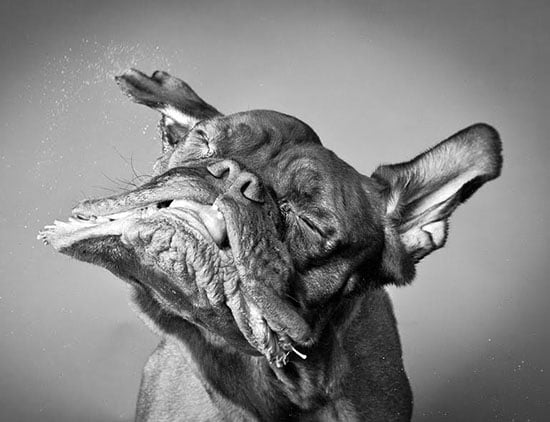 That post was soon shared hundreds of thousands of times, causing Davidson’s photographs to go viral all over the Internet. PhotoShelter researched her story and published an interesting piece on the viral evolution of her images.

It’s a perfect example of a concept called “tastemakers” that YouTube trends manager Kevin Allocca recently spoke about at TED. The talk was about how videos go viral, but the points are quite relevant for photography as well. Here’s talk:

Basically, if you want your photography to go viral, you’ll need three things: tastemakers, communities of participation, and unexpectedness.

First, make sure your photographs are truly unique and unexpected. Photographic cliché are a dime a dozen, and it’s the eye-catching and creative ideas that people feel compelled to share.

Having work that’s unique and share-worthy is a necessary first step, but you’ll probably need a tastemarker to get the ball rolling. This could be a Tweet from a famous individual or a post on a blog or news site. Just like how nuclear bombs need to be detonated to get the nuclear reactions started, this is what causes the “viral” chain reaction to begin. Viral photos, videos, and stories are often published long before tastemakers cause them to go viral.

Finally, community participation encourages sharing. It helps if people can recreate or remix your original idea for their own derivative work. In terms of photographs, having a creative idea that anyone can try their own hand at encourages sharing much more than something that’s inaccessible to the general public (e.g. dogs shaking off water vs. microscopic photography).

If you think you have all these ingredients in your photography already but have yet to see your photos go viral, don’t be discouraged — there’s also a huge element of luck involved. The tried and true ingredients of hard work and perseverance will also go a long way!