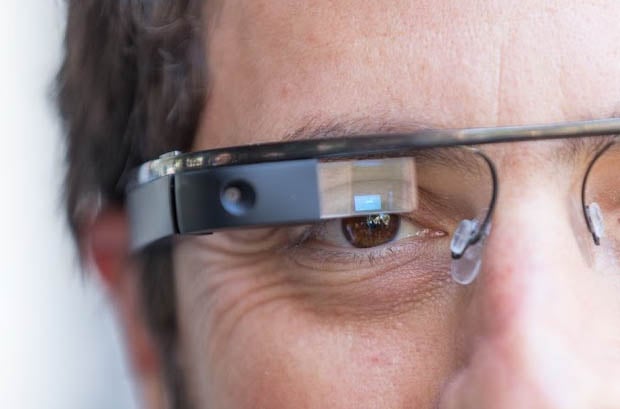 Have you heard of the term sousveillance? It’s the inverse of surveillance: instead of a camera pointed at individuals, individuals wear their own cameras on themselves to document their activities. Wearable-camera pioneer Steve Mann has written a fascinating piece for Time, titled “Eye Am a Camera: Surveillance and Sousveillance in the Glassage“, in which he offers his vision of what the future will look like once wearable cameras such as Google Glass (seen above) become ubiquitous.

Mann argues that it will soon be absurd to enforce any “no photography” policy, even in private places, as “cameras become integrated into the very fabric and flesh of our society and the prosthetic territory of individuals”:

Consider the automobile or wheelchair as a middle ground between building-mounted (surveillance) cameras and wearable (sousveillance) cameras. Would a drive-in theater owner kick out a driver who had a rearview camera or dash camera? Would you throw someone in a wheelchair out of a movie theatre because a rear-view or auto-pilot camera was part of the wheelchair? We’re starting to see this trend in concert halls where organizers are giving up their fight against audience members using camera phones. But once cameras become part of the human mind and body, their fight will be completely lost.

Here’s something crazy for you to think about: photography is often prevented these days because authorities can see the cameras being used, but what happens if/when the human eye can be used as a camera or if/when memories can be projected onto a screen? At that point, anything people can see and any location people can visit will be fair game for photographs, and society will simply have to adapt and live with it.

Eye Am a Camera: Surveillance and Sousveillance in the Glassage [Time]