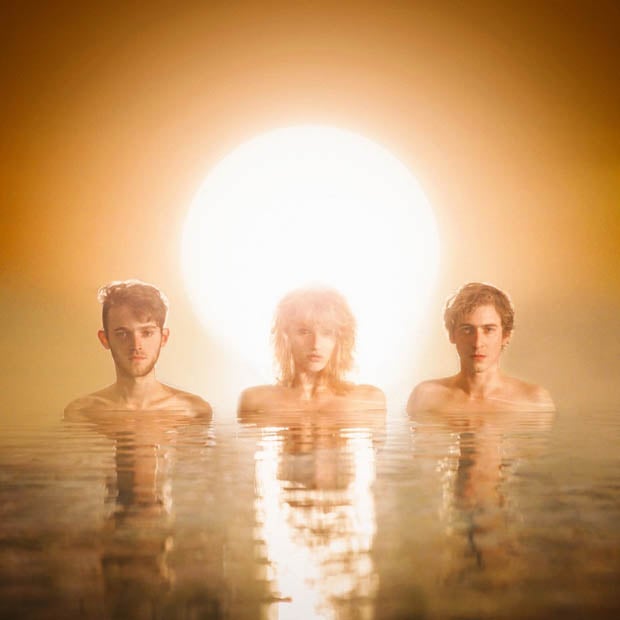 Check out this album cover portrait photo of the Belgian indie pop band SX, shot by photographer Benjamin Von Wong. While it looks appears to show the band standing in the ocean with the sun rising (or setting) in the background, it was actually shot in a much more controlled environment: a swimming pool.

The indoor swimming pool was a welcome venue, given how cold the weather was outside, but there was the challenge of dealing with the “very ugly classic swimming pool environment.” There were large windows in the background and swimming pool lines below: 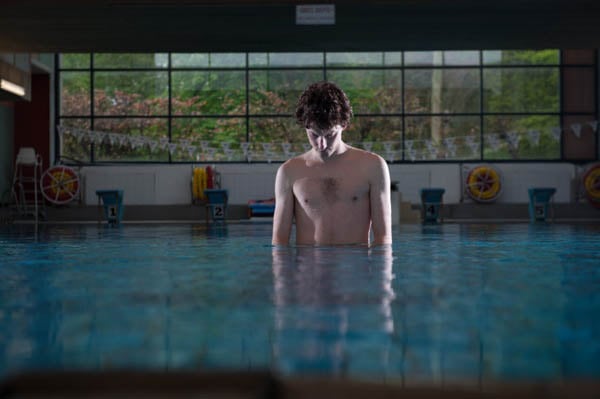 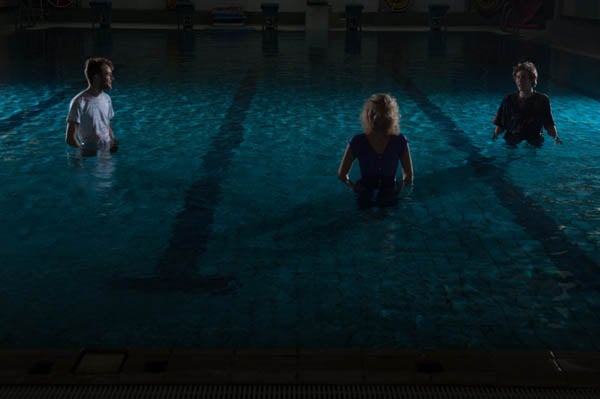 Eventually he was able to find a sweet spot that excluded both distractions from the frame. 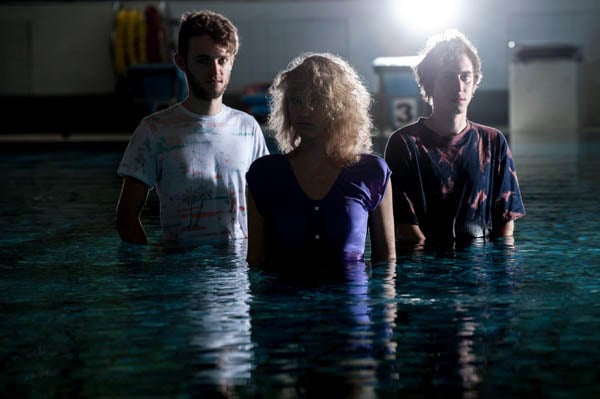 To light the scene, he bounced light from bare strobes off the surface of the water and onto his subjects:

This would not only light our subjects as well as create the much needed reflection of the skin! Also by bouncing the light on the water, it would also make the shadows a lot less harsh and just a little bit more natural creating a natural fill light. Finally, by staggering my models just a little bit, I could ensure that each one of them was getting just a little bit of face light. …and the resulting photograph:

Head on over to Von Wong’s blog if you’d like to see a more in-depth look and a behind-the-scenes video.