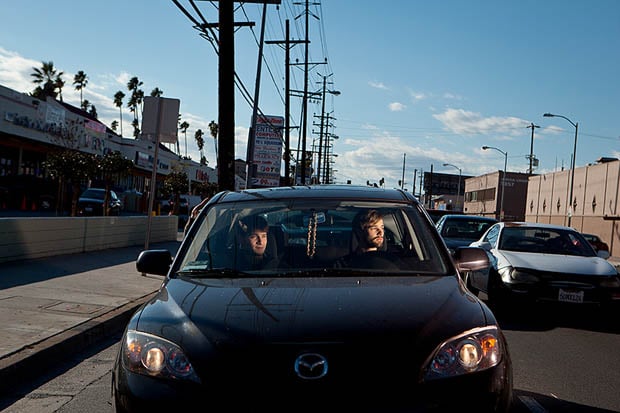 Shooting portraits of strangers in cars isn’t uncommon, but have you ever tried using off-camera lighting to illuminate their faces? That’s what photographer Jonathan Castillo is doing for his ongoing series called Car Culture.

Castillo, an undergraduate BFA student at CSU Long Beach, shoots candid, artificially-lit photos of people driving around on the roads of Los Angeles. While the photos are captured from a car directly in front of the subjects, Castillo lights the scenes using a second specially-rigged vehicle driving to the side.


The special lighting gives the photographs a cinematic look, as if they’re stills taken from various Hollywood movies: 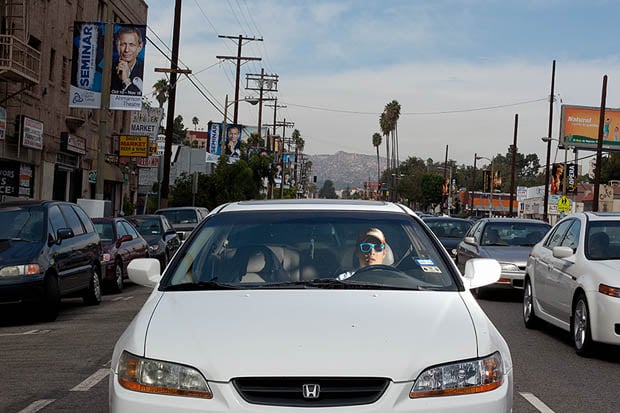 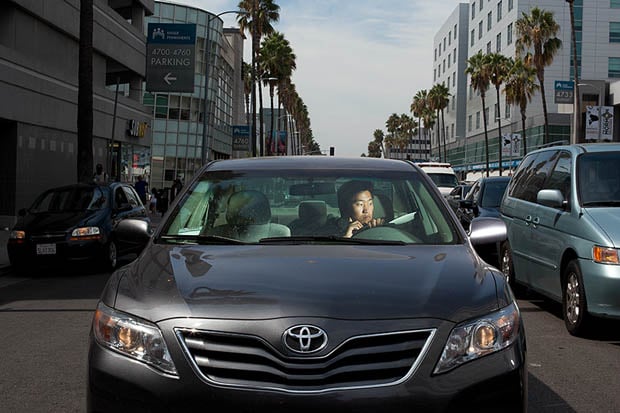 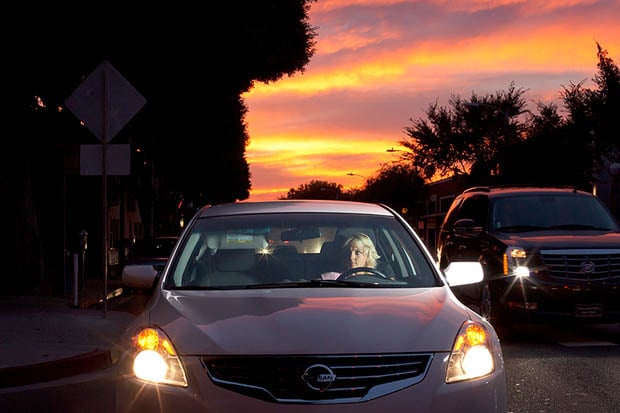 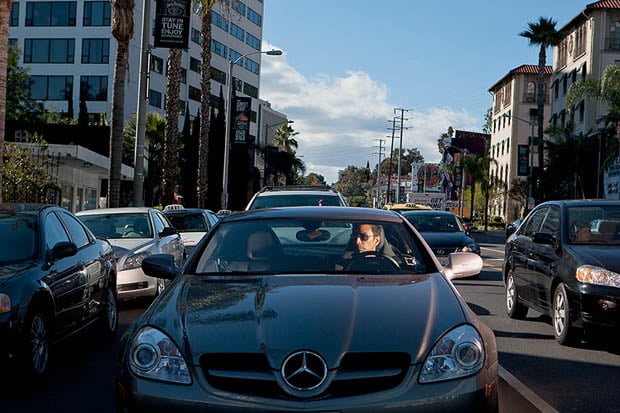 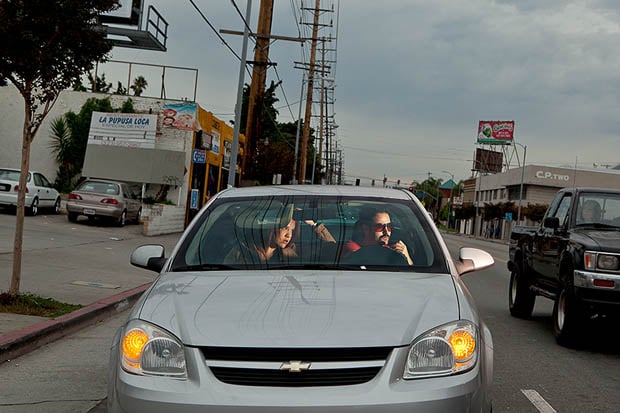 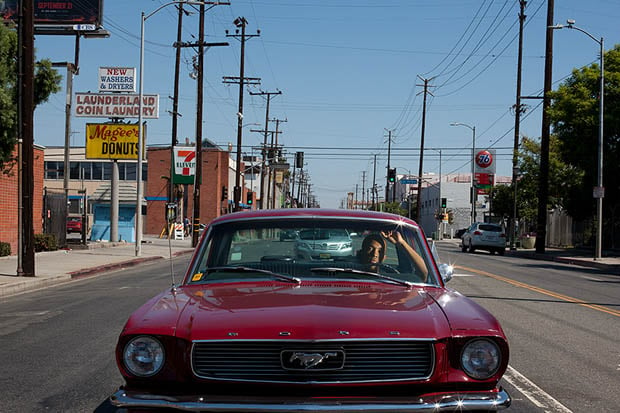 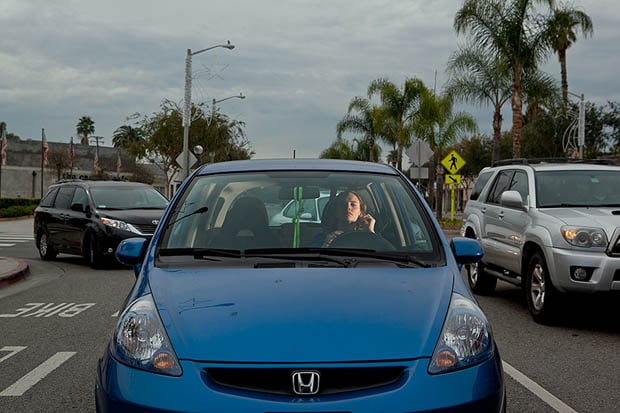 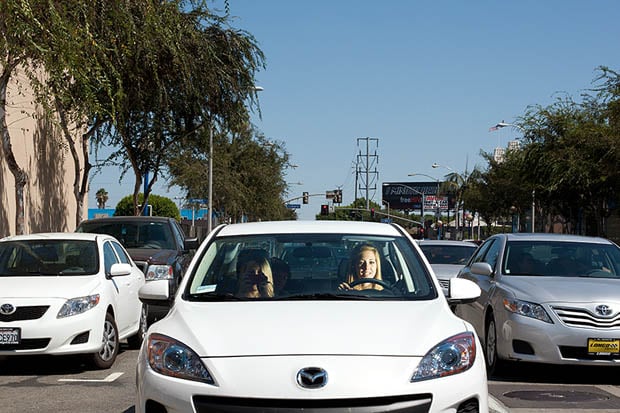 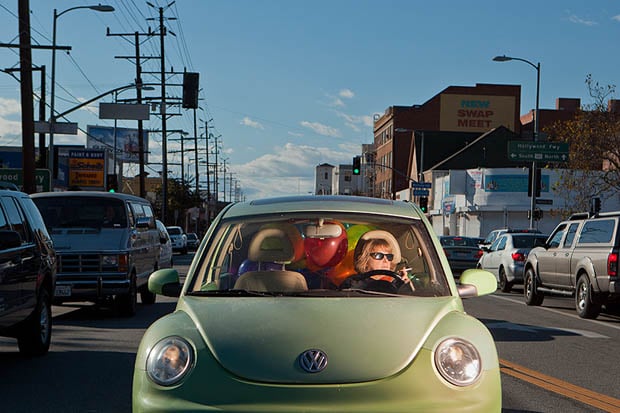 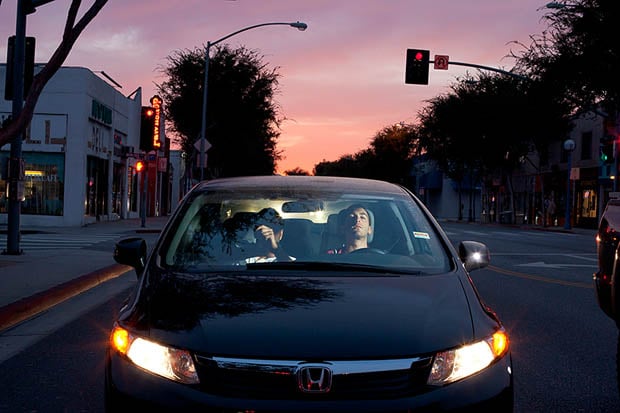 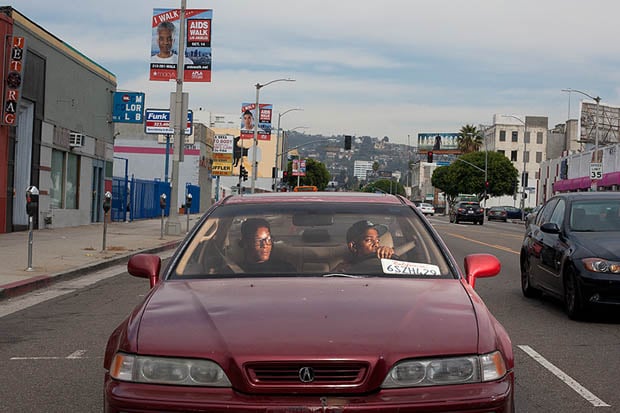 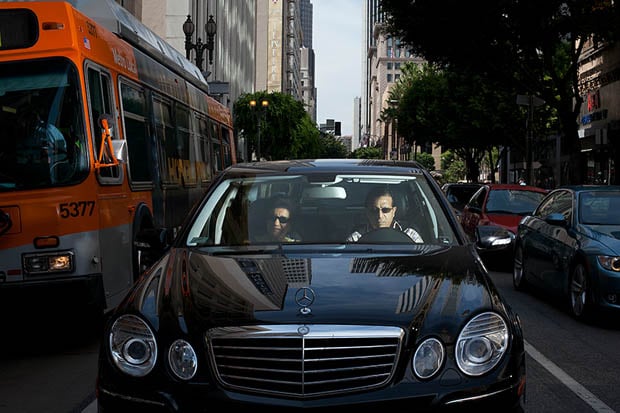 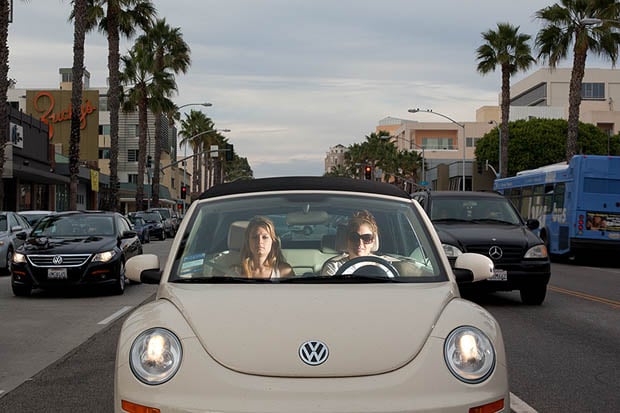 Here’s what Castillo tells us about his method:

I never ask for permission to take someone’s portrait, never get a model release and I generally only take one photograph per person. I use two cars rigged with camera and lighting equipment and need a small team of friends to drive, adjust lighting and monitor a tethered laptop as part of my process.

Basically, my car has a camera (Canon 5D Mark II with a 24-70mm/f2.8L or a Canon 50mm/f1.4) mounted on a tripod that is secured in the back of my car and is positioned to look out the back window. The window on my car luckily flips open so that I don’t have to shoot through the glass of the rear window. I have the camera tethered to my Macbook Pro which sits with a friend in the front passenger seat who monitors image capture, checks focus and exposure for me as I drive. When I get to a stop light and someone pulls up behind me, I frame the shot by looking through my rearview mirror and edge my car to the left or the right if the subject’s car is not lined up properly for the shot. I use a Pocket Wizard to trigger the camera, which in turn triggers the strobe in my girlfriend Briana’s Jeep.

She drives the lighting car, which she positions so that the light rigged in the back is pointing in the drivers side window of whoever we are photographing. I use a Speedotron digital explorer attached to one head with a gridded 7” reflector. The light is superclamped to a light stand in the back of her Jeep and sandbagged down to prevent it from moving around. She always drives my lighting car and usually has as 2nd person with her to adjust power settings on the pack and keep her company all day while we do these shoots. We coordinate with walkie-talkies and just drive all over the LA area looking for traffic or red lights so I can get my shots, I’m probably the only person in the world who gets excited when he sees a red light ahead of him and never tries to rush through a yellow light.

Castillo tells us that he was originally inspired by the work of Phillip Lorca Di Corcia, who did something similar with pedestrians walking around in NYC. 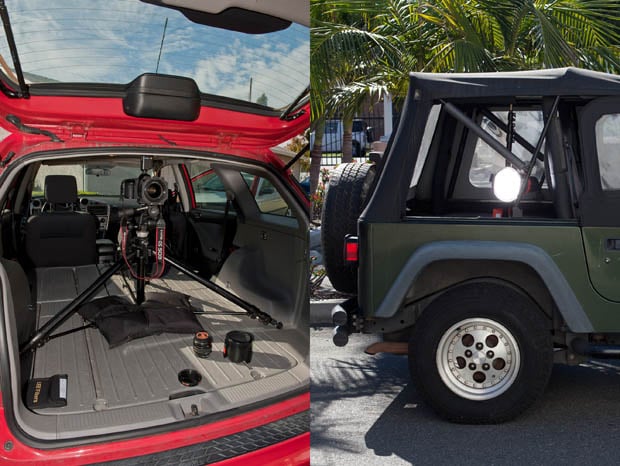 You can find more photographs from this project over on Castillo’s website. He has published 25 of these images so far.

Image credits: Photographs by Jonathan Castillo and used with permission