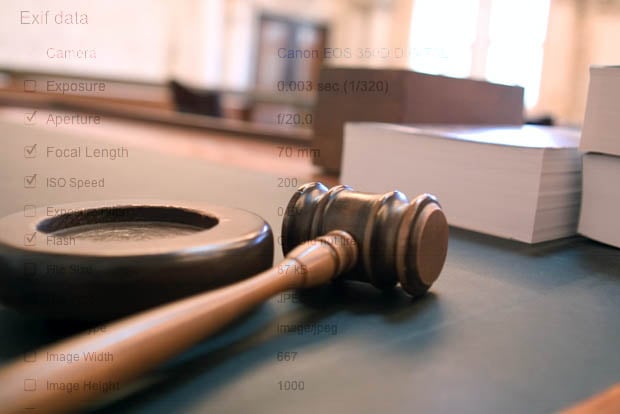 Donalee Moulton over at The Lawyers Weekly has an article describing how EXIF data is beginning to be accepted as valuable evidence in courtrooms — at least in Canada:

Traditionally, a photograph was a picture of one point in time. It could only tell what someone was doing, or not doing, at a particular moment on a particular day. What came before or after was unknown. This uncertainty meant that even what appeared to be a damning image had little value as a piece of evidence because there was no context […]

Digital photography does not pose the same problem. In some cases, the metadata are enough to counter the snapshot argument by demonstrating that an activity was performed repeatedly or for a lengthy period […]

Apparently judges are considering EXIF data to be relevant in personal injury lawsuits, in which photos could “prove” that the plaintiff isn’t too injured or depressed to function properly. Hopefully the courts are aware of how easily EXIF data can be faked.

University Criticized for Photoshopping Crosses Out of Photo of Football Fans