Editor’s note: “Tenzing Norgay” is the penname used by the author of this article. He is not related to the famous mountaineer.

This entire story is about black-and-white film shooting, but I hope there are good lessons in this for you youngsters shooting digital. Hopefully, you won’t take this as being arrogant, condescending, or hectoring. I offer this in the spirit of something I’ve found to be fascinating for some four decades.

I have been a very active photographer for most of the past 40+ years. In my early days, I thought I wanted to be a pro and actually worked as a photo assistant and freelance shooter while still in my teens. I rapidly learned that photography was wired into me — I don’t breathe right if I don’t get to make pictures or go into the darkroom regularly.

I also learned that I just hated the business of photography: it’s the difference between being a painter and a house painter. To this day, I just cringe inside when someone says, “Bring a camera, we want pictures of Thanksgiving/Christmas/birthdays/etc…”

A few years ago, I noticed that most of my serious portfolio photos and wall hangings were from the midpoint of my shooting career onward. I had very little from my early days. So, with decades of improvement in my darkroom skills, I went back to the earliest negatives to fill out a “best of” set. 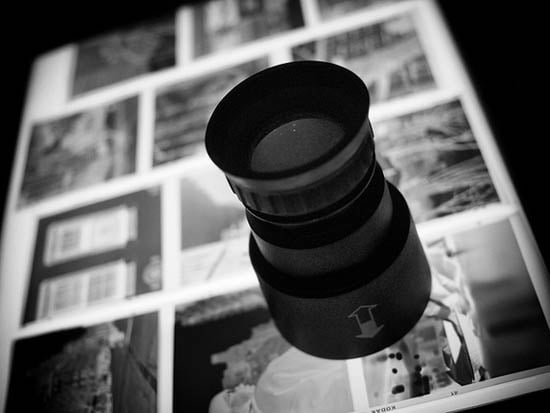 As I looked at the work of the young me, I realized a couple of things: (1) I wasn’t half bad as a young kid, and (2) The pictures had a lot of technical imperfections and limitations. Uh oh… another project began to form in my mind. I needed to find out whether the problem was the equipment of the day or whether it was my problem.

See, as I progressed as a photographer, every “upgrade” of camera meant I had to sell the old one. That meant I didn’t ever really do direct comparisons of how much of an “upgrade” it really was. But film cameras are relatively cheap on eBay now, and I’m fairly good at fixing up the basics. “So”, I thought, “I shall reacquire every great camera I’ve ever owned, get it working again, and see just how much of a difference there is between the old stuff and my newest super-duper stuff”. 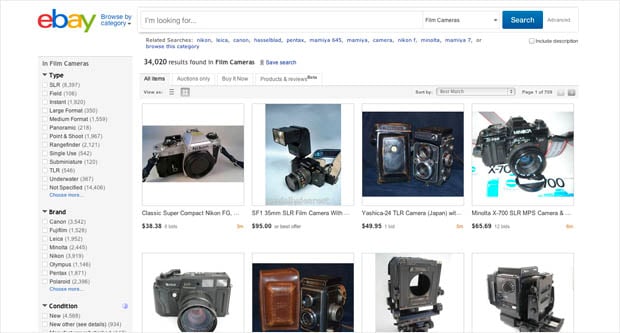 My benchmark would be my modern workhorses: a Hasselblad V system and a Wisner 4×5 Technical Field camera with superb lenses from Schneider, Rodenstock, and Artar. I shoot 99.9% monochrome and have a great darkroom, so I could control the entire testing cycle. The other thing I decided is that I was NOT going to shoot resolution charts or do densiometric testing. I would do this by making real pictures.

I’d just created a monster. Over the years, I’ve shot in every format from 16mm to 4×5, and with almost every major brand at one point or another. It’s not an exaggeration to say that I’ve probably shot nearly a hundred different combinations of brands and formats. I therefore had to limit myself to cameras I actually loved and used regularly, not something I owned briefly or did not use.

The final list ended up being this (an X next to it means I’ve got it, and it’s fully functional. This is in the order I got them in the first place, though not in the order that I reacquired them): With each camera I acquired, I made sure I got it working. In a few cases, I had a repair tech go through them to do CLAs and light maintenance. The hardest one to do was the Baby Speed Graphic because it was made over 60 years ago and parts are… hard to find. McMaster-Carr saved my bacon on that one. I rebuilt that sucker by hand and it works flawlessly now.

I want to emphasize that, while I love all this hardware, I am NOT “collecting” it. I looked for decent condition stuff, but not prisine mint collectibles. I want to USE it to do the “Was it me or was it the equipment?” experiment. Along the way, this also morphed into “How does the old stuff compare with the new?”

So, I started fixing them and shooting with them, sometimes for weeks, more often for months. Along the way, I learned some really important things about photography and — even more importantly — about myself as a photographer:

The problem with my old pictures was 99% me. They were failings of technique, not limitations of the equipment. For example, the stuff I just shot last year with the Nikon F doesn’t compare to my modern medium and large-format stuff — I wouldn’t expect it to given the format differences. BUT, it is better than 90% of the medium format stuff I shot 40 years ago. That, friends and neighbors, is a lack of technique.

The young me had a pretty good sense of composition and lighting, and no chops to consistently deliver results. My old negs are thin, hard to print, and infuriating because I know exactly what I was trying to pull off; I just couldn’t.

40 years of technique improvements makes a huge difference. I can command these old cameras to do things now that I wouldn’t have even understood 4 decades ago. I can pull things out of a print in a darkroom I didn’t even know were possible back then. 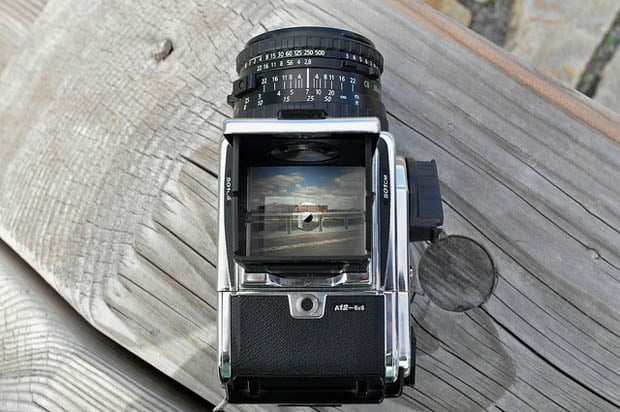 Format matters more than equipment. A 30-year-old medium-format camera with a decent lens will equal or better all but the very highest-end modern DSLRs. By “better”, I mean better dynamic range, tonal rendering, and acuity. Make that a 4×5 and it beats everything in sight. No amount of tweaking and begging can make even the most recent 35mm negs do what even a 645 can handle. It’s physics, not magic.

The old optics were way better than anyone realizes. The Baby Speed Graphic has a 101mm Ektar on it and this lens is so sharp you can shave with it. It’s ridiculous how good those old lens designers were. Similarly, the late model Mamiya TLR and 645 lenses are absolutely top rate.

My favorite old Nikon lenses still fit my modern Nikon DSLR. The 24mm f/2.8 and the 105mm f/2.5 are arguably the best lenses Nikon ever made. The 105mm on the Nikkormat body rocks as a handheld portrait camera. The difference in image quality between the oldest (Baby Speed) and newest (Hasselblad V) is invisible to me. This is a bit disappointing, considering that the Baby Speed cost me about $300 all in with parts and I paid north of $3000 for a single ‘Blad lens some years ago. But, part of this is the difference in format: 6×6 vs 6×9 is a BIG difference in neg real estate.

My favorite format will always be 6×9. It’s a huge neg without a huge camera. It starts to approach 4×5 in quality but you can hand hold and do street shooting with it. I am so itching to find a Mamiya Universal at a decent price.

I never even came close to realizing the potential of that Yashica — probably because I was trying to use the onboard meter, which is nearly useless. But the lens and body? Amazing.

Some cameras just feel right in my hands. The Hassy and the Fuji are top-quality pieces of gear, but I never feel like they are an extension of me. On the other hand, the Baby Speed, the Mamiyas, and the old Nikons just put me into a subconcious flow of work. The Wisner puts me on another planet. The lesson here is that the gear doesn’t make that much difference EXCEPT that it causes you to work in different ways and thereby be receptive to different possibilities.

I hope to do this for a long time yet. If the Good Lord allows, I think I’d like my last breath to either be looking through a camera, or with my hands in fixer.

About the author: “Tenzing Norgay” is a longtime analog photographer and an active Redditor. This post was originally published here.