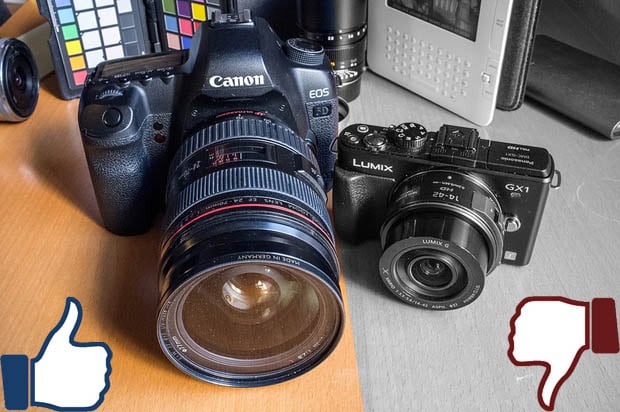 There was once a time when you could more easily spot a professional photographer simply by glancing at the camera equipment in a person’s hands. Was it a beast of a camera with a gigantic lens attached to it? You’re looking at a serious shooter. Is it a dinky pea shooter that is used with arms outstretched? The person is a tourist, newbie, or both.


Nowadays, as serious hardware and specs are increasingly found in smaller cameras and new types of cameras, the distinction is rapidly blurring and fading away. Unfortunately, there are people who still haven’t caught on to this fact. That’s what Gordon Laing, the founder of Cameralabs, found out the hard way earlier this month.

Back on October 8, Laing was visiting Antelope Canyon in Arizona, the most-photographed slot canyon in the American Southwest. You might recognize it: 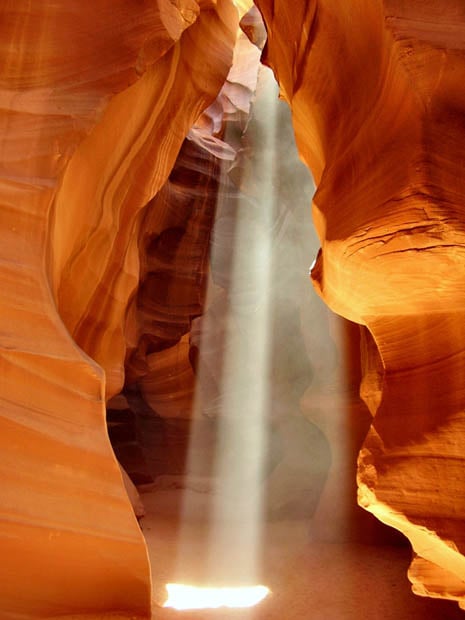 For safety reasons, accessing the canyons can normally only be done through guided tours. However, there are special permits offered to serious photographers that allow for two-hour self-guided explorations of the area. Having used this system once in the past, Laing was hoping to do it again. However, this time he was denied a permit. The reason given? His mirrorless camera lacks a mirror.

I’d already been identified as a potentially serious photographer due to my tripod, but then the man in the ticket office asked to see my camera. I produced my Panasonic GX1 to which he asked ‘does that have a mirror?’ ‘No!’ I proudly replied, to which he said ‘then you can’t have a permit’! He then explained that permits were only granted to people carrying DSLRs or film cameras, especially larger formats. This makes sense as it separates the serious photographers from the tourists with the point-and-shoots on wobbly tripods. To keep the crowds flowing through the Canyons, the latter would be kept in tour groups, while only the former would be allowed to roam free.

It’s a fine idea, but like all these things, where do you draw the line and importantly which side will you be on? Well, the managers of Antelope Canyons in their wisdom drew the line with mirrors. I was actually told I could not have a self-guided photographer’s permit because I had a mirror-less camera. I of course tried to explain my camera was every bit as serious as a DSLR in terms of quality, control and lens choice, but he was adamant: no mirror, no permit.

Eventually he was offered a compromise: he wouldn’t have to participate in a 20-person tour, but he did need a personal guide to accompany him.

Although Laing ended the day quite satisfied with the photos he shot while on his private tour, he takes issue with how the ticket office chooses to determine the seriousness of a photographer:

[…] I remain concerned by the management’s judgment call on what constitutes a serious camera – or at least one serious enough to allow an independent permit. The guy behind the counter knew what he was looking for, and had already identified my camera as mirror-less before even asking. Last time I visited with a medium format film camera, which ticked all the right boxes for the permit, but this time my choice of camera actually prevented the access I desired.

I genuinely believe mirror-less cameras are the future, and while it’ll take a while before they dominate DSLRs, more and more of us will start using them as our cameras of choice, especially when travelling. I’ve always enjoyed jesting with friends about who’s carrying the most ‘serious’ camera, or chatting with pros who often feel they have to carry a big camera to be taken seriously by clients, but this is the first time I’ve been inconvenienced or potentially compromised due to my choice of carrying a mirror-less camera.

Major shifts in industries and technologies can take time to propagate through the general public. Until that happens, early adopters may find these “inconveniences” too common for comfort.

Image credits: PANASONIC GX1 by .:fotomaf:., photograph by Lucas Löffler, and Start of a fantastic journey through Lower Antelope Canyon, near Page, Arizona by Alaskan Dude