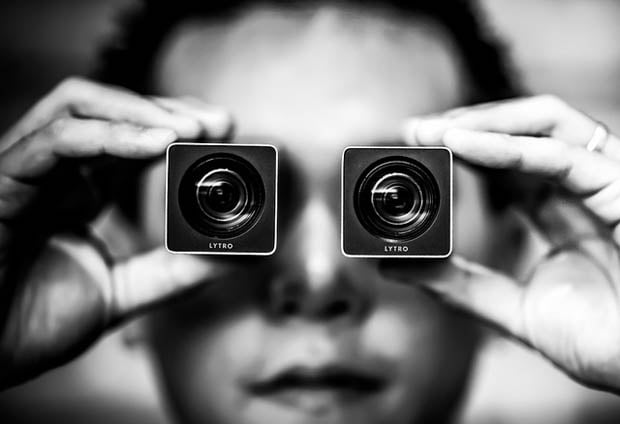 Lytro has been upgrading its cameras and shipping them to store shelves all over the world as of late, and it’s not planning to let up anytime soon. In addition to the newly added manual controls, the company is gearing up to jump into the world of 3D.

Engadget reports that by the end of the year, Lytro’s light-field photograph browser will include a ‘full’ (or ‘all’) focus feature that brings everything into sharp focus. In this mode, the viewer will be able to click and drag the photograph around to experience it in 3D with the help of parallax. The background will move independently and more slowly from the foreground, giving the image an appearance of depth.

Here’s a short video in which this feature is demonstrated:

This effect is traditionally done using two separate photographs captured by offset cameras. Lytro is able to do the same thing with a single camera using its light field technology, which captures all the available light in a scene that’s traveling in every direction.

The viewer will also be made compatible with 3D displays, allowing them to be viewed with depth without parallax-based trickery.

Fascinating Facts About How Humans Perceive and React to Color