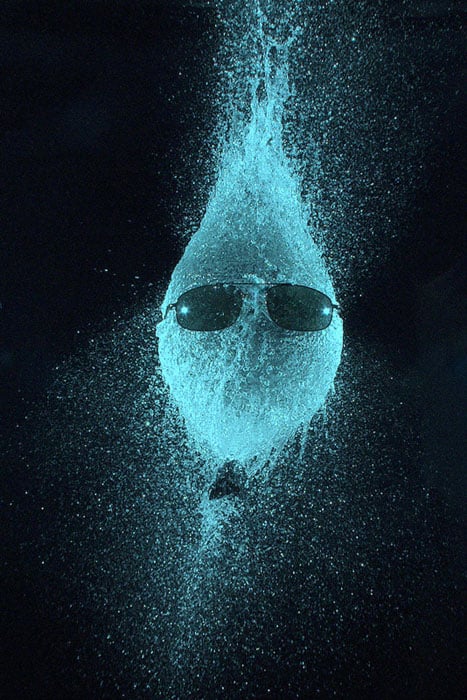 Here’s a neat idea of thinking outside the box: high-speed photographer Scott Dickson added a pair of sunglasses to an ordinary water balloon pop photograph, giving the splash some personality (and a “bowtie”).


Dickson explains how the photograph was shot:

I hung a water balloon in front of a screen made from a black material. It was actually black window covering material, like you would get at a hardware store. I used this because it was water resistant and easy to work with. This material was attached to a frame and hung a few inches bechind the balloon. 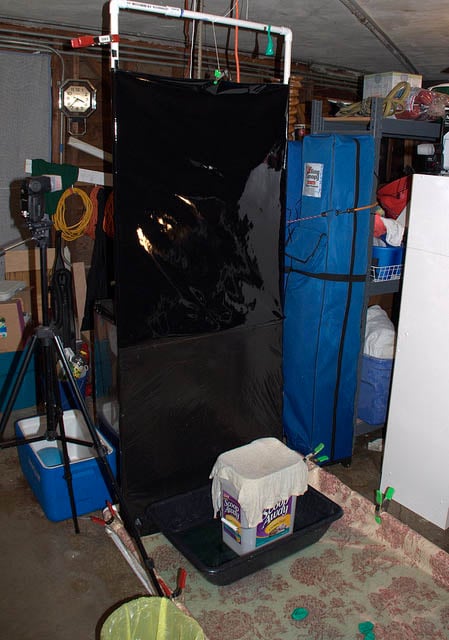 Behind the material was a home-made popping rig. When a string was pulled, the rig fired a sharpened pin into the back of the balloon.

Attached to the pin was a metal collar that struck the frame of the rig, just as the pin was striking the balloon. This collar made a sound which was picked up by a microphone attached to a flash trigger unit. The trigger utilized a slight delay, then fired a single Nikon SB-800 speeklight on one side of the balloon. I had another SB-800 on the other side of the balloon, set to optical slave mode. The delay allowed the latex cover to collapse on the ballon and the flash fired just before the body of water collapsed. 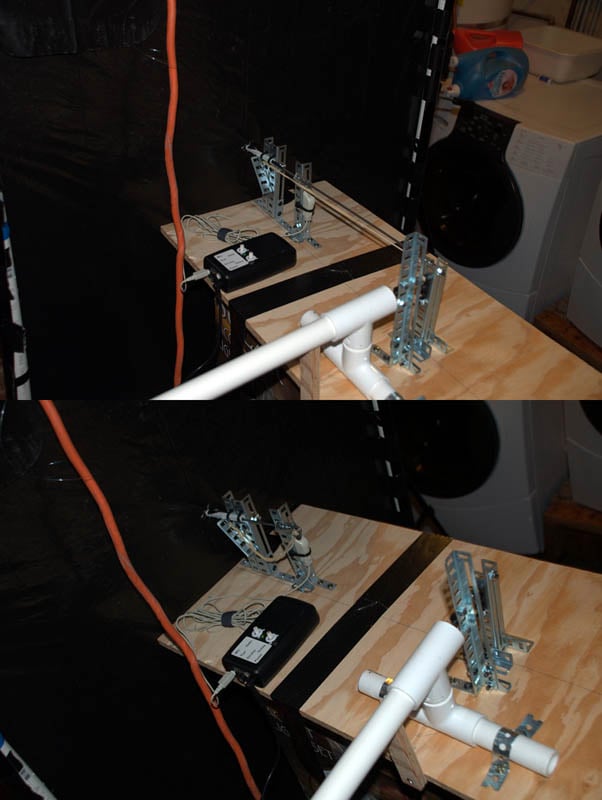 I had a pair of sunglasses nearby as a prop and had placed these on the balloon. When the latex cover collapsed, the sunglasses were perched very briefly, on the body of water, just as the flash fired. In this manner, I was able to capture an image of a water balloon popping with a pair of sunglasses attached.

This is the first time we’ve seen a fancy homemade balloon-popping rig used for this type of photography. Other commonly used methods include jabbing the balloon with a needle on the end of a stick, or shooting it with a BB gun.

You can also try using a hat (or better yet, both!), but you’ll need to squeeze the hat onto the bottom of the balloon and flip the photograph once it’s made: 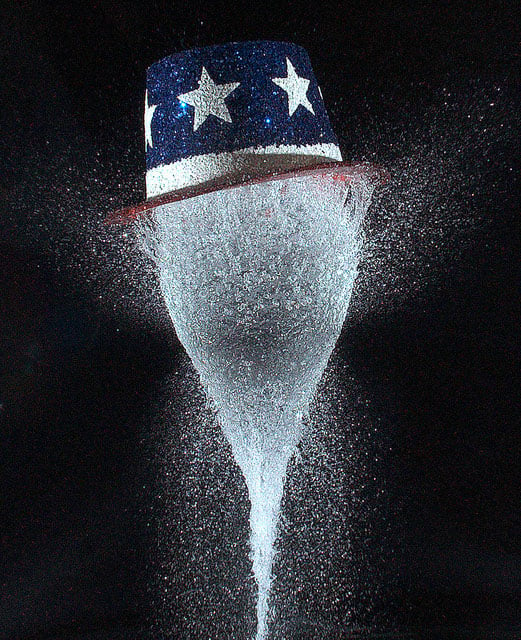 Check out this Flickr set for more of Dickson’s water balloon photographs.

Image credits: Photographs by Scott Dickson and used with permission