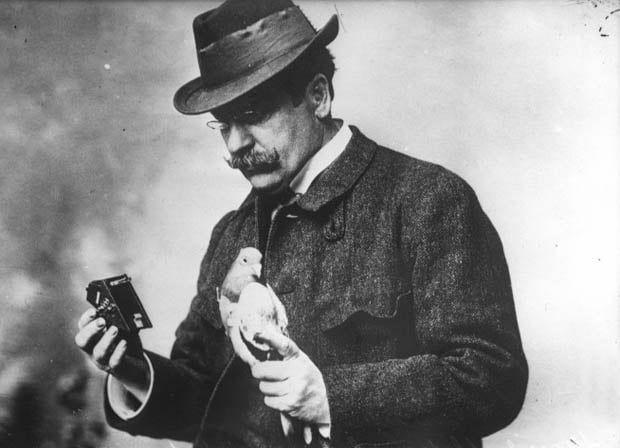 We’ve featured a couple of projects involving cameras strapped to birds recently (see here and here), but photographing with birds is anything but a new idea. It was actually invented a little over a century ago, in 1907, by a German photography pioneer named Julius Neubronner.


Neubronner worked as an apothecary (i.e. an old-school independent pharmacist) and used carrier pigeons to rush deliver medications to clients. After one of his pigeons returned four weeks late, Neubronner came up with the wacky idea of sticking a camera onto his pigeons in order to glimpse into their activities.

Neubronner began the development of a light miniature camera that could be fitted to a pigeon’s breast by means of a harness and an aluminum cuirass. Using wooden camera models weighing 30 to 75 grams […], the pigeons were carefully trained for their load. To take an aerial photograph, Neubronner carried a pigeon to a location up to about [60 miles] from its home, where it was equipped with a camera and released. The bird, keen to be relieved of its burden, would typically fly home on a direct route, at a height of [160 to 330 feet]. A pneumatic system in the camera controlled the time delay before a photograph was taken.

Here’s the nifty little pigeon camera rig that he camera up with: 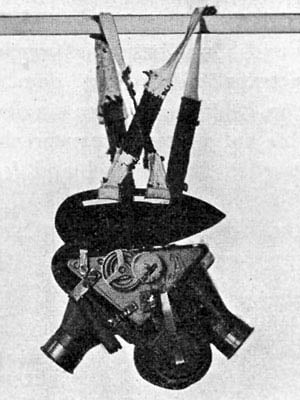 This is what Neubronner’s pigeons looked like while in “photography mode”: 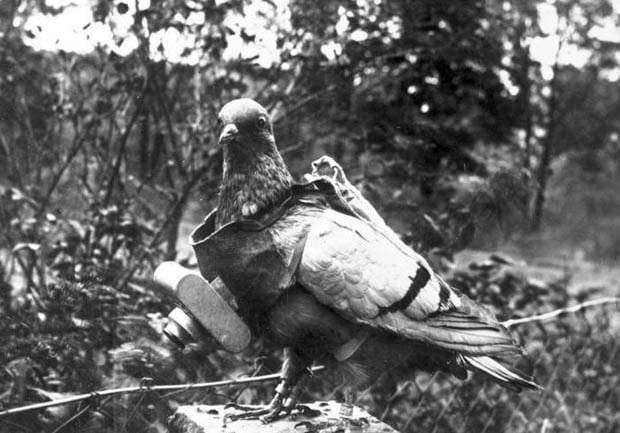 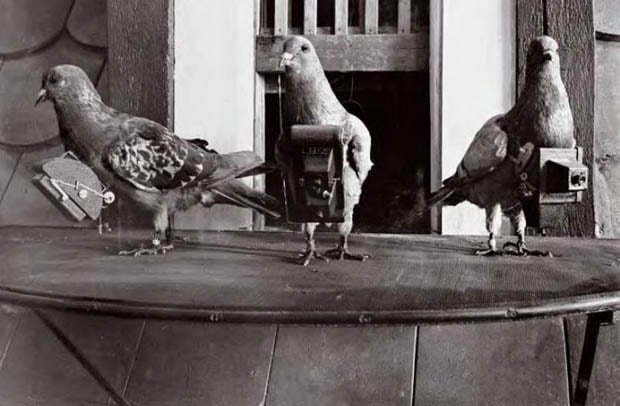 Neubronner filed a patent for his invention in 1907, but was initially shot down after the officials at the patent office didn’t believe domestic pigeons had sufficient carrying capacity for his camera rigs. He appealed by presenting some photos taken by his pigeon photographers, and was awarded the patent the next year.

His invention “went viral” in 1909 after he demonstrated it at the International Photographic Exhibition in Dresden, Germany (a predecessor of Photokina?). He had his camera-equipped birds fly into the show while spectators watched, and then developed the images on the spot to sell as postcards. The clever marketing stunt worked, and he quickly received international attention for the device.

Here are some examples of photographs shot by Neubronner’s birds. The first photo below became quite famous at the time due to the fact that it included the avian photographer’s wing tips: 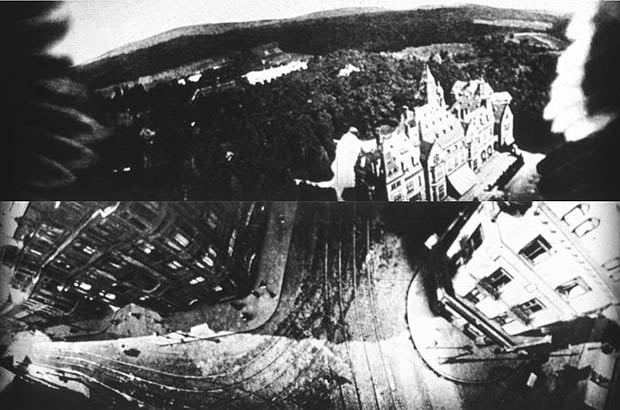 Although there was some initial excitement over pigeon photography (e.g. militaries exploring the idea for its spying potential), other superior forms of aerial photography emerged, causing most people — even Neubronner himself — to abandon the idea.

Still, it appears that there has been a small resurgence of interest as of late, nearly a century after bird photography was first introduced.