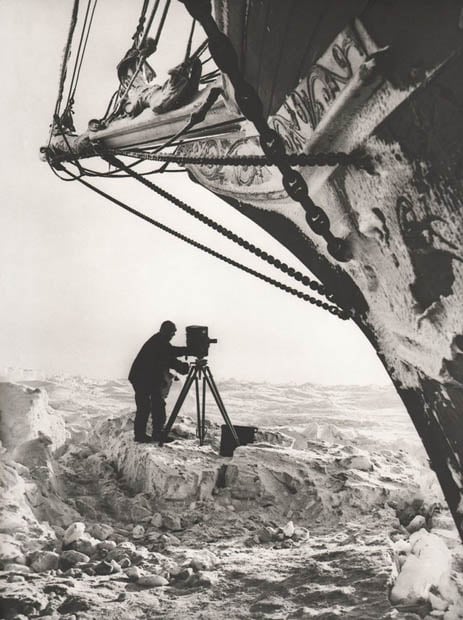 If you ever need some encouragement for sticking with photography when times get tough, you should read about the adventures of Frank Hurley. Born in Australia in 1885, he took up photography as a young man and eventually became skilled enough to be selected as the official photographer for multiple expeditions to Antarctica and for the Australian military in both world wars. Among his many photographic escapades, one stands out from among the rest: being stranded in the Antarctic for nearly two years.

Selected as the official cameraman for Ernest Shackleton’s Imperial Trans-Antarctic Expedition, Hurley set out in October 1914 for Antarctica with Shackleton and 26 other men. As they neared their destination, the ship (named the Endurance) became trapped in the thick ice. Unable to do anything but wait it out, the crew spent the next 10 months living on the ship.

Hurley made the best of his unfortunate situation, turning the ship’s fridge into a darkroom and creating hundreds of glass plate photographs. During this time, he wrote of the unique challenges he was facing in creating his photos:

Darkroom work rendered extremely difficult by the low temperatures it being -13°C outside. Washing [plates] is troublesome as the tank must be kept warm or the plates become an enclosure in an ice block…. Development is a source of annoyance to the fingers which split & crack around the nails in a painful manner.

[There is] difficulty in obtaining sufficient water for washing operations.

Hurley got the water he needed by fetching and melting down chunks of ice from outside.

In late October 1915, the group was forced to abandon the ship as the ice began to crush and sink it. Everyone was allowed to save two pounds of belongings, but Shackleton allowed Hurley to carry as much of his photography as he could. Hurley recounts,

I hacked through the thick walls of the refrigerator to retrieve the negatives stored therein. They were located beneath four feet of mushy ice & by stripping to the waist & diving under I hauled them out.

Shackleton and Hurley worked quickly to “edit” the photo collection, saving only the most precious images. Whenever they rejected a photo during this rapid sorting process, Hurley smashed the glass plate to ensure that there wouldn’t be any second thoughts. He ended up saving about 120 images, smashing around 400, and allowing most of his camera gear to sink with the ship.

In terms of camera gear, Hurley left the ship with a simple Vest Pocket Kodak camera and three rolls of Kodak film. Not knowing when they would be rescued, Hurley was forced to be extremely selective about what he would photograph from that point forward. He would shoot only 38 more photographs.

In the end, the crew was marooned in the Antarctic for 22-months, and was only saved after Shackleton and 5 men risked their lives to sail 800 miles over 17 days in a 22-foot-long lifeboat in order to fetch help.

Through faithfully photographing and filming during the whole saga, Hurley was able to create an amazing collection of photos and videos that shared the crew’s incredible story with the world and with future generations.

Here’s a selection of Hurley’s photographs: 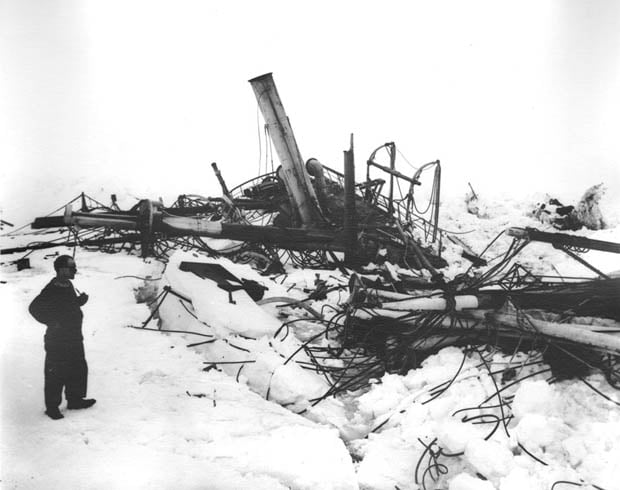 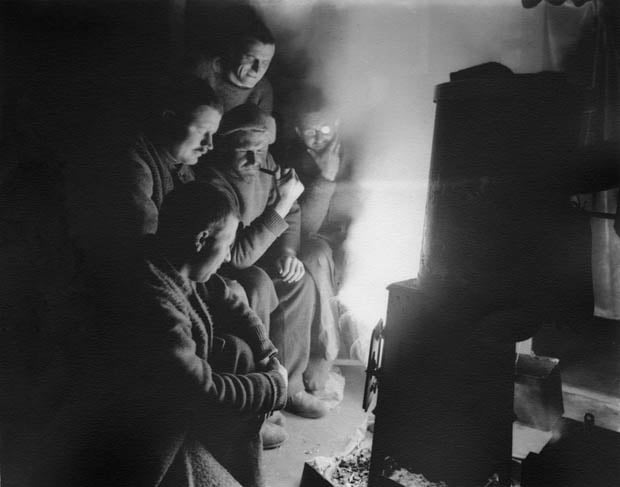 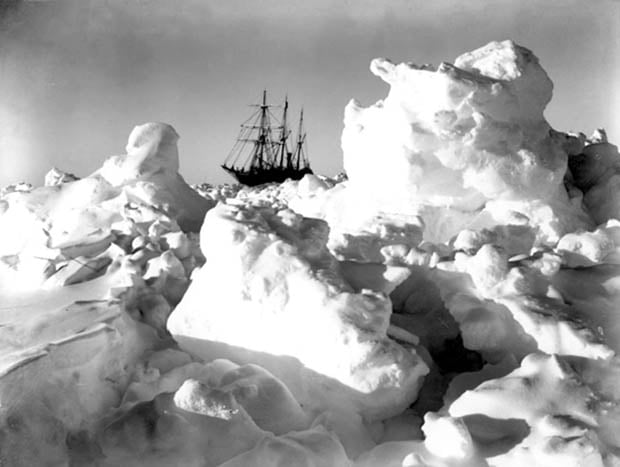 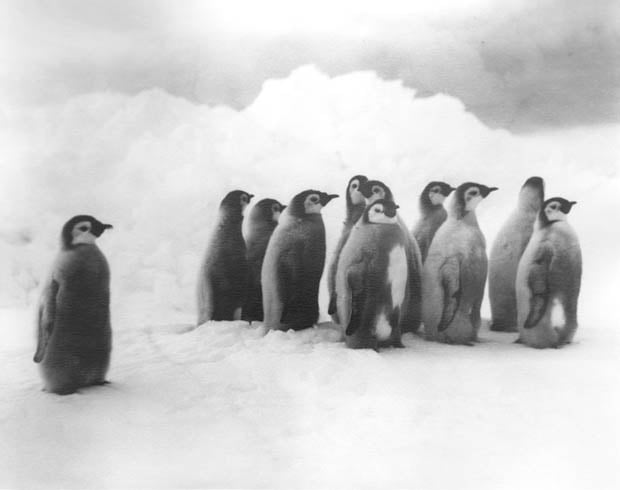 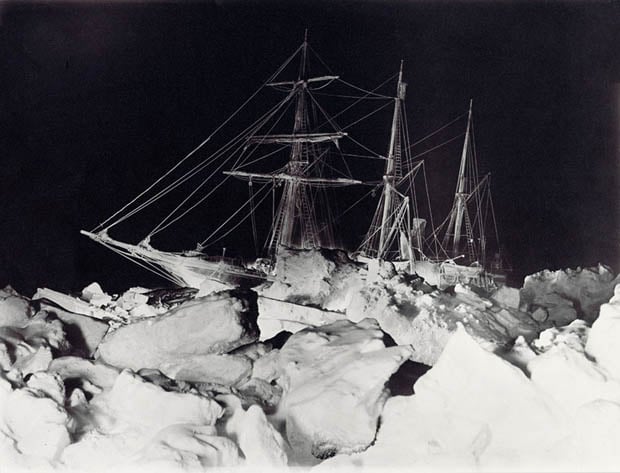 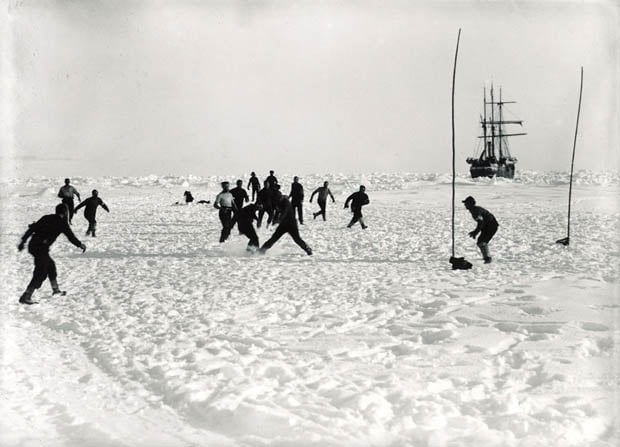 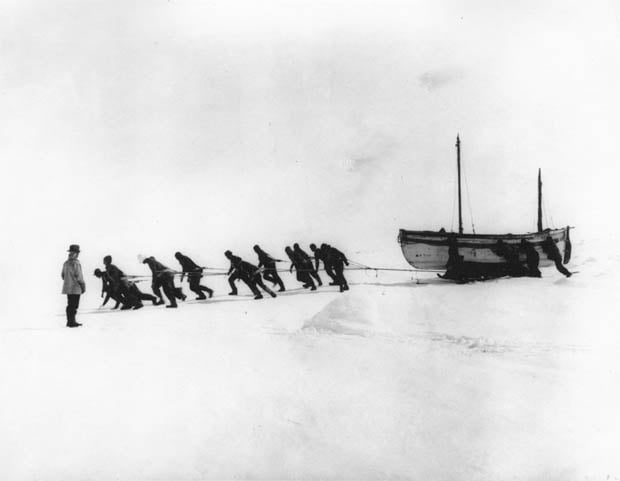 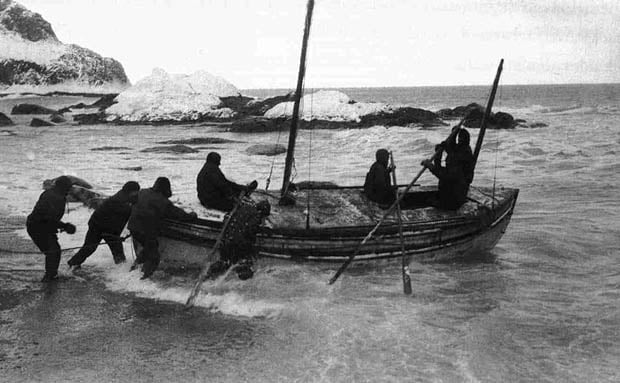 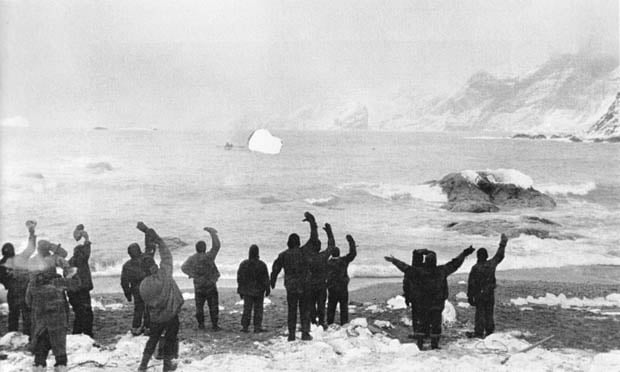 Here’s a video by The Queen’s Gallery that gives an idea of what Hurley experienced during the end of the ship’s life:

You can see more of Hurley’s photographs over at The Ralls Collection.

In honor of Hurley, we should update the popular English proverb to say, “When the going gets tough, the tough keep snapping.”

Instead of Selling Your Old Stroller, Use it to Haul Around Camera Gear