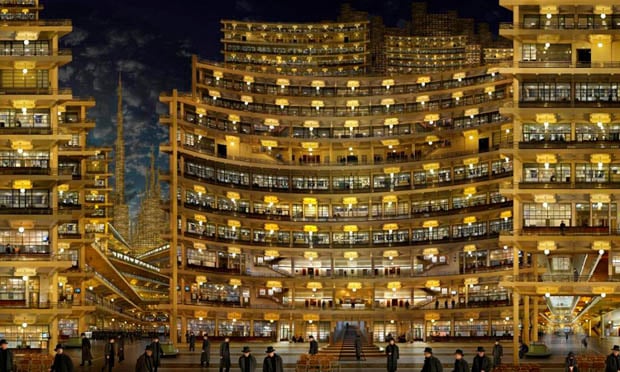 Gigapixel photographs are generally created by snapping a large number of photos of a scene using a special robotic camera rig, and then stitching those images together afterward using special software. Jean-François Rauzier creates similarly massive images, except his “hyperphotos” are all stitched together by hand.


Judith B. Herman of Slate writes that the Paris-based photographer started out shooting fashion in the 1970s. When the digital age rolled around, he realized that he could finally execute the grand ideas that had been brewing in his mind. 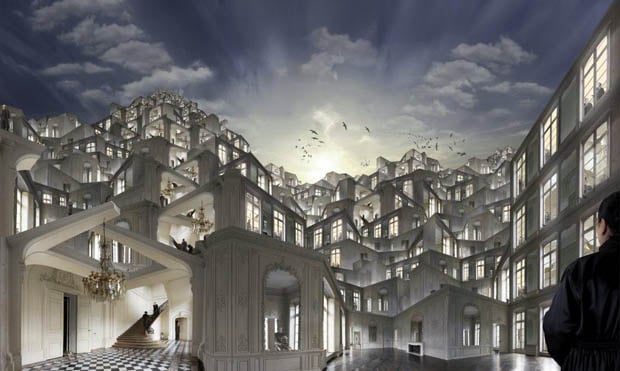 Here’s how they’re made: Rauzier first spends an hour or two photographing a particular scene from every angle and capturing every small detail. That’s the easy part. He then hunkers down in his digital darkroom, and that’s where the real magic happens. He spends day after day and night after night compositing the photographs together, using bits and pieces from them to serve as pieces for his resulting scene.

Each of his final works comprise hundreds or thousands of individual photographs blended seamlessly into a beautiful surreal locations that can’t actually be found anywhere here on Earth. 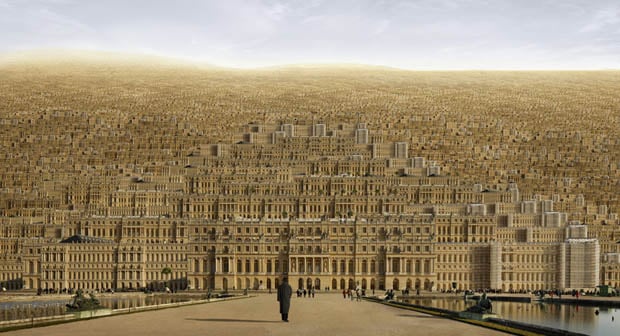 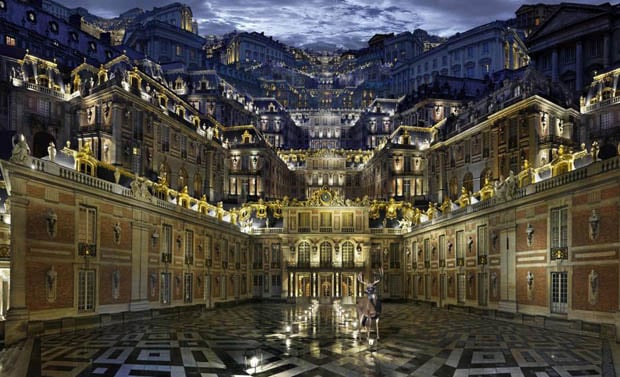 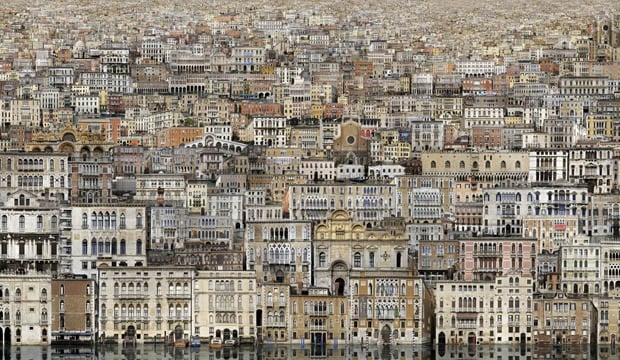 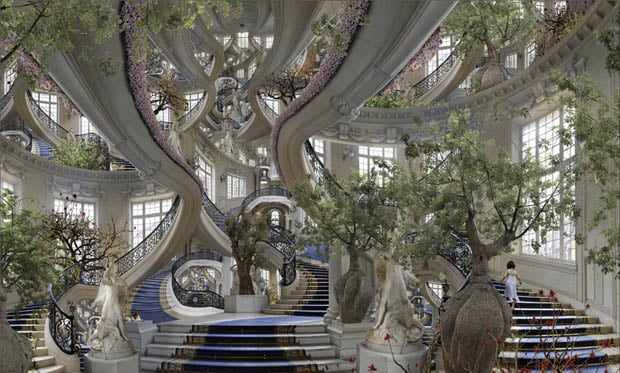 Here’s a video that offers a behind-the-scenes look at how Rauzier creates his images:

The small photos we shared in this post might be neat to look at, but they don’t do Rauzier’s photos justice. To truly appreciate the depth and scale of the images, you’ll need to visit his website to view them through the interactive browser, which allows you to zoom into the smallest of details in each photo. You can also purchase the giant prints from Waterhouse & Dodd.