3D light painting can be done by using a 2D image rather than a single point of light. In the past, we’ve shared creative examples of iPads being used in this way to light paint everything from ghostly figures to creative animations.


The video above, created for the recent launch of McLaren’s new P12 super car, takes this screen-based 3D light painting concept to the next level.

A collaborative effort between Marshmallow Laser Feast and The Found Collective, the video shows a large plasma TV being used instead of a small iPad. By moving the screen back and forth on a fixed track while displaying carefully-planned patterns, the photographers were able to create long-exposure frames that would come together to form an animation.

Every time the screen moved down the track, a single light-painted frame of the animation would be captured. Here’s a sampling of the individual frames: 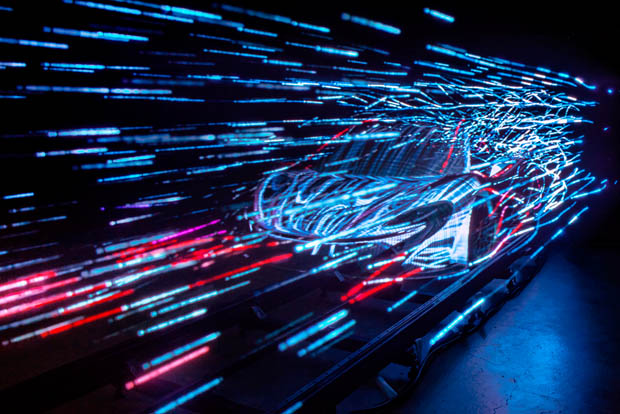 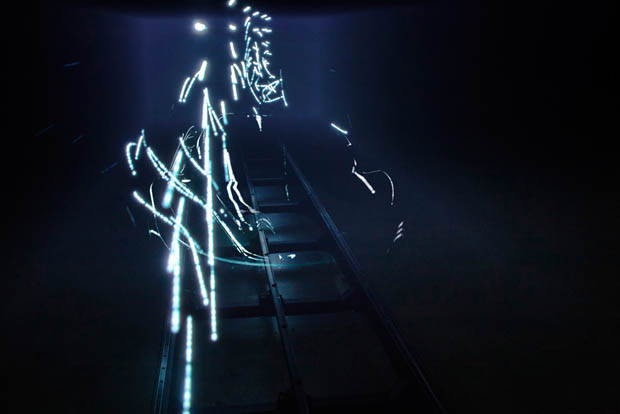 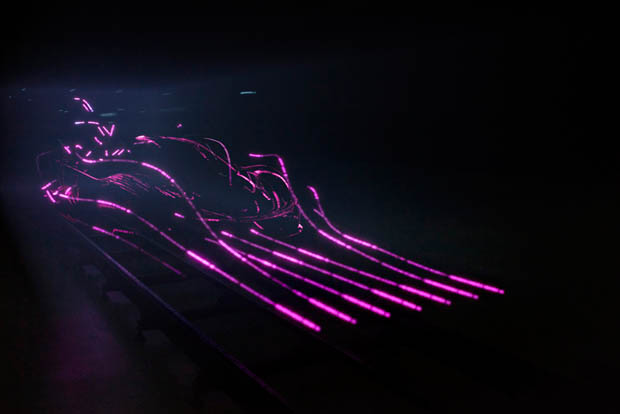 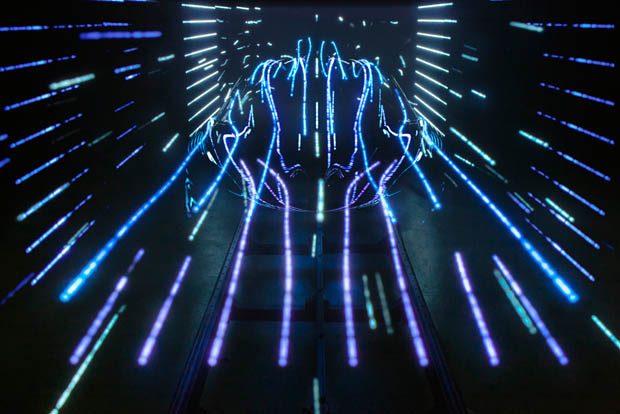 Here’s how it was done: the creators were initially given the new supercar’s wind tinnel airflow data, which they analyzed to pick out paths for the individual trails of light. Each light-painting photograph was composed of 650 individual frames displayed on the plasma screen as it was moved along by the motion control rig. By capturing the entire 650 frames in one long-exposure photo, the main camera was able to “see’ the whole thing as a single 3D shape.

This process was repeated thousands of times to create all the frames used in the animation seen above. With each of those shots, the main camera — itself mounted to a track — was moved by a few millimeters. The result was the illusion of smooth camera movement as the animation occurs.

The finished film is one that uses photography, animation, and sculpture instead of simple computer-generated trickery. Amazing.