Photographer Noah Kalina has taken a self-portrait a day for the past 12.5 years, but his already-impressive project has now been bested by one that’s nearly twice as long. When Leeds Met University student Cory McLeod was born 21 years ago, his parents began faithfully documenting his life by taking a single photograph of his face every single day. This past week, the project was published as a one-of-a-kind video titled “21 Years” that shows McLeod’s entire life in roughly six minutes. 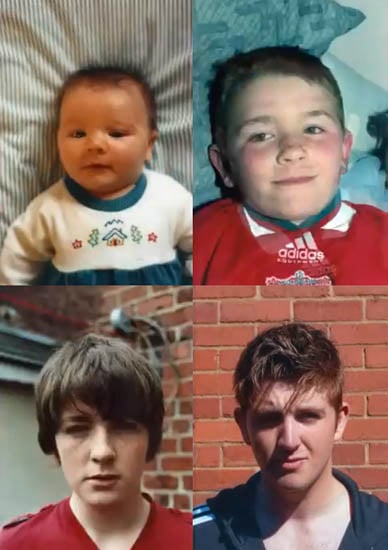 Having over 7,500 photographs flash across the screen in around 360 seconds results in a much faster “photo rate” than Kalina’s video, and the fact that the photographs aren’t uniform in their framing and compositions doesn’t help either. You should probably stay away from the video if you’re at all bothered by rapidly flashing images.

Aside from that, this is an extremely impressive project that required a mind-boggling amount of dedication. If you’re having trouble staying motivated on a daily basis, imagine taking (and sitting for) a photo every single day for 21 years (granted, there are some missing photos replaced with drawings, but those are few and far between).

P.S. Here’s an interesting tip left as a comment on the YouTube video: “To see individual frames much clearer, blink your﻿ eyes rapidly.”

Hoocap: A Lens Cap That Transforms Into a Hood, and Vice Versa