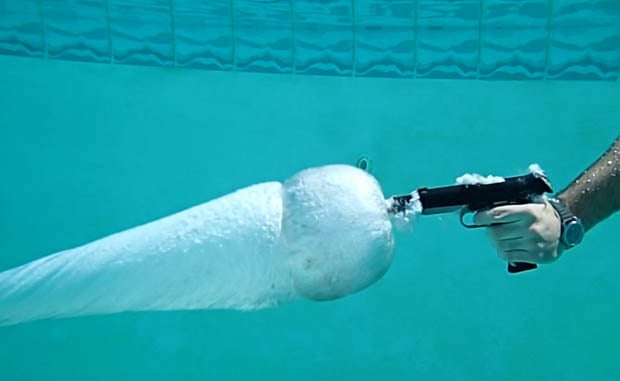 Ever wonder what it looks like when you fire a gun underwater? Firearm enthusiast Andrew Tuohy of VuurwapenBlog recently decided to find out. Taking his .40 Glock 22 into his swimming pool, he captured some high speed videos of himself firing a round using an ordinary Pentax Optio WG-2 waterproof compact camera (which has a 120fps movie recording mode). The photograph above is a still taken from one of the videos.

Here’s one of the clips he captured (you might want to turn your sound down a bit):

Another photo of the submerged Glock firing: 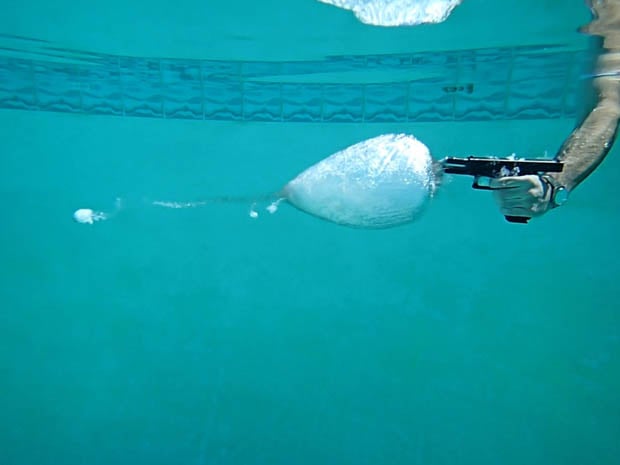 Tuohy did the same experiment with other guns as well. Here’s his .45 Kimber 1911: 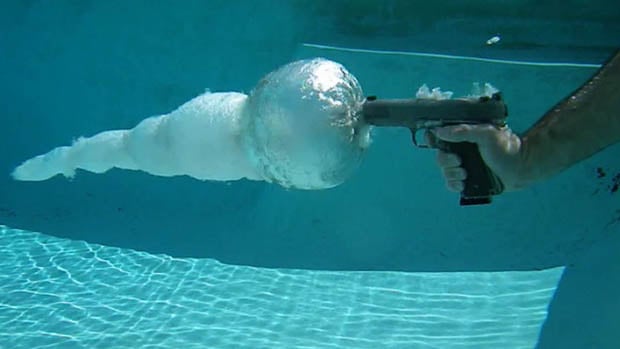 In case you’re thinking that firing a gun inside your pool can’t be safe for the pool walls, look closely at the video. After traveling a few feet, the bullet simply stops and sinks due to the drag of the water.

We could definitely see some photographer doing an entire series of underwater bullet photographs using a professional camera, and then exhibiting the photos as fine art (perhaps it has even been done already).

Update: Destin of Smarter Every Day did some similar experiments with guns in fishtanks and a high speed camera:

Hands-on with the Samsung Galaxy Camera, the Voiceless Phonecamera