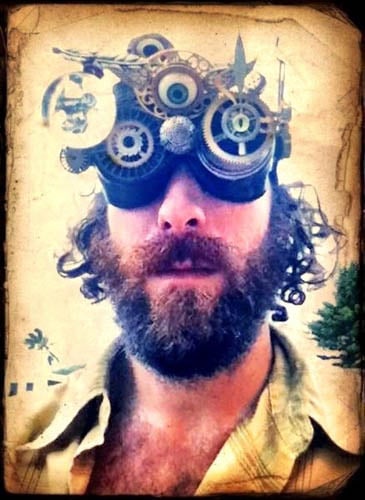 PetaPixel: Could you tell us a little bit about yourself and your background?

Aaron Feinberg: Well… I grew up on Long Island, NY. Spent summers at camp in upstate NY and was introduced to hiking and mountains that way. There was always a sense of achievement after reaching the peaks and taking in the view. That stuck with me through college, as I would head up there with friends while attending University of Albany for Atmospheric Science (Meteorology). After graduating, I headed out to UT to spend time ski-bumming and enjoying the amazing snow that UT has to offer. Throughout college I had a point-and-shoot digital with me that I would experiment with and explore. However, while out in UT I started to shoot my friends with my new one, a Canon A610, they encouraged me to pursue my hobby. With that I purchased a Canon 20D and 17-85 in March of ’06. You could say the rest is history. PP: What do you shoot with these days?

AF: Recently I switched over to Nikon and the D800. However, I rarely tell people that, mostly because it doesn’t matter at all. In fact, I actually dissuade people from buying this camera. It’s just too much MP for 99% of people. Unless you’re consistently printing 40×60 or larger it would be better to stay in the ~20MP range.

PP: The last 3 years have brought with them a whirlwind of success and recognition for you. How has the whole experience been?

AF: You know, it’s always relative. I live on a small island in the middle of the ocean. It’s pretty low key. And my success has always been determined by my happiness. I don’t have the most enthusiastic view of awards, as they are nice to win and gain recognition but it’s always a roll of the dice. Who’s judging? What side of the bed did they wake up on? Who else entered? What are they looking for? Etc. I see so many amazing images every day that keep pushing me to improve and make me realize how much there still is to accomplish. I think what surprises people most of the time out here is that I’m relatively young (just turned 30). For me it just feels like I’m on the path I’m supposed to be on. And I’m very lucky to have found it. AF: Did I? Ha! I work 80 hour weeks, and that’s not shooting. It’s been a rapid progression from being unemployed for a year and shooting a lot to now barely shooting and building the business and galleries. I have moments when it feels like I’m getting there — my most recent 4 week photography trip to California was one of them — but until I can really step away from the business side and focus purely (or almost purely) one creating it’s going to feel like I’m still working toward “making it”.

PP: Is there a downside to widespread success as a photographer, or has it been pretty much just unadulterated awesome?

AF: Downside… hmm… guess that would be the 80 hour weeks. When one runs their own business there is no one else writing you a paycheck every 2 weeks. It’s all on oneself. That being said, there is plenty of unadulterated awesomeness — sometimes too much so and the censors remind me. Ha! 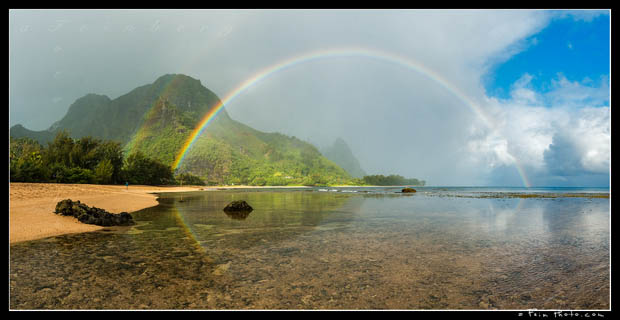 PP: In your bio you mentioned that your goal isn’t to “create” art on a computer, but to capture a moment as it was. What, if any, digital manipulation techniques do you take advantage of, and where do you draw the line between “creating” art and capturing the “true beauty of the world?”

AF: Ah, the time old question of an artists’ process. First off, I hate the word manipulation. It’s dirty and has a very negative connotation. I love to bring up Ansel Adams in this case. He was the Photoshop master, except his Photoshop was a darkroom and chemicals. Did anyone ask him if his photos were “manipulated”? That being said, I like to think that a lot of my process follows mostly the same ‘rules’. There is dodging/burning/contrast etc., but now with modern technology these techniques are much more detailed and complicated. Masking and blending have been a huge boon to photography and artists as it allows us to bring out our vision. And that’s what art is all about, regardless of medium. What is your vision and how do you go about creating it. Nature does an amazing job of giving us all that we need so for me it’s just about representing that through the camera and then finishing the job in the (digital) darkroom. PP: Any advice for aspiring photographers?

AF: I’m completely self-taught. Not one workshop or lesson, which some people can do and some learn much differently. I spent many many hours in forums and the such, posting photos for critique, asking how things were done, looking at others’ photos that I loved and asking myself, “Why? Why do I love this? What about this photo makes me go ‘wow’? Was it the light? The composition?”. And then study it. Most images tend to follow some sort of formula so then once that’s understood it becomes easier to expand out. Of course it still took me over a year between finding compositions I liked and editing them properly. And I’m still learning new techniques and probably will be forever. Overall I would say the most important thing for aspiring photographers is to shoot. Make as many mistakes as possible. I can show you skiing photos I shot in 2006 at ISO1600 because I forgot to check my settings when I went out — whoops! Now, after shooting for 6 years, I can pick up the camera and it’s an extension of me. No thinking required. I can look at a scene and imagine what settings I want to get the result I want. Frees us up to really dive in to the art. 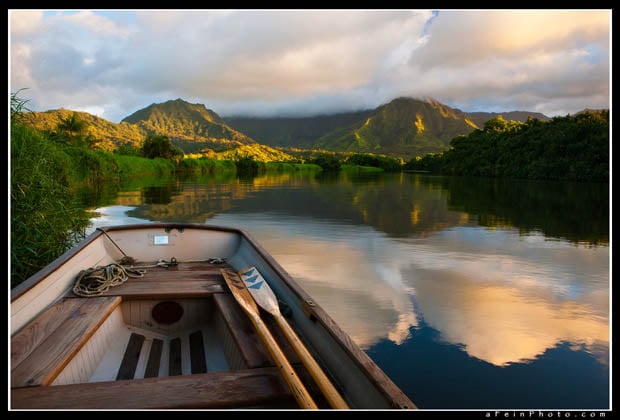 PP: What the most common mistake you see photographers make that keeps them from being successful?

AF: Not valuing themselves enough… or at all. It’s the reason that the photography industry has been decimated in the last few years. Everyone’s a photographer and most just do it on the side for some extra cash. So they have lowered the common denominator. Giving photos away for free, not charging enough, etc. are all big mistakes. That’s not to say that when one is starting out they shouldn’t take a few gigs to beef up the portfolio, but it’s important to put one’s foot down and say no to gigs that offer “exposure” or similar claims after the portfolio is already created. PP: We touched on this earlier, but what’s the next step for you? You recently launched a new website, where does aFeinberg Photography go from here?

AF: Ah the future. Let me shake my Magic 8 ball. It says “ask again later”. The last 2 years have been fairly ridiculous. I’ve opened 3 aFeinberg Galleries, 2 of which happened in 6 months this year. The plan: travel the world, explore, and bring back my visions. I also want to start teaching a bit more. There are some plans rolling around the head for 4-5 day workshops on Kauai to really let photographers dive in to the landscape and let me show them what this island has to offer. Other than that, if I happen to open a handful more aFeinberg Galleries in the meantime, it wouldn’t surprise me. PP: Is there anything else you would like to say to PetaPixel readers?

AF: I have to thank everyone for the tremendous support. It really does feel like I’m living a dream sometimes and the ride would be lonely without all of you. I try and answer people’s questions through my Facebook page and soon through a new blog that we’re developing. But mostly, as someone slightly famous once said: “stay hungry”. The State of Professional Photography Back in 1946