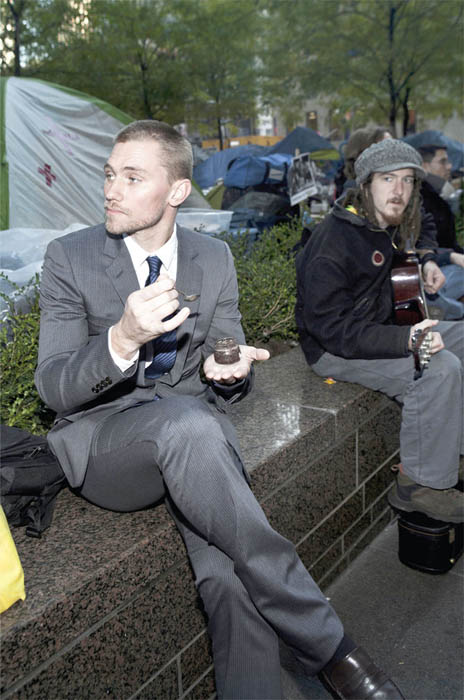 Haute couture and Occupy protests are two things that are completely at odds with one another — the perfect combination for a photo shoot dripping with satire and social commentary. Photographer Ben Ritter did an American Psycho-themed fashion shoot featuring models wearing pricey suits hanging out among semi-homeless Occupy protestors camped out in Zucotti Park in New York City.

In one photograph, a model sporting a Christian Dior suit sits next to a dreadlocked guitar player while daintily eating caviar with an oblivious look on his face. In another, a model takes on the role of a fashionable protestor, attempting to blend into the crowd by wearing his Dior tie as a headband and banging away on a bongo drum. 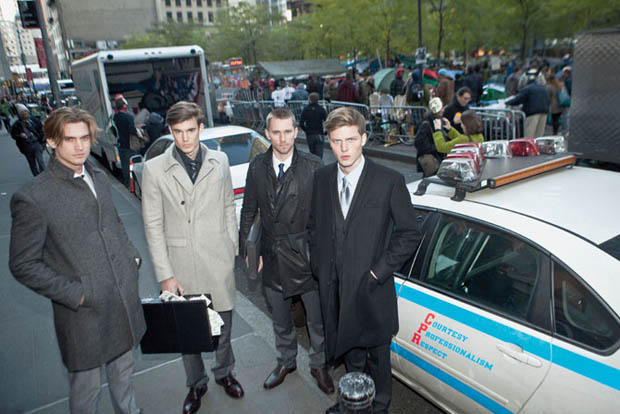 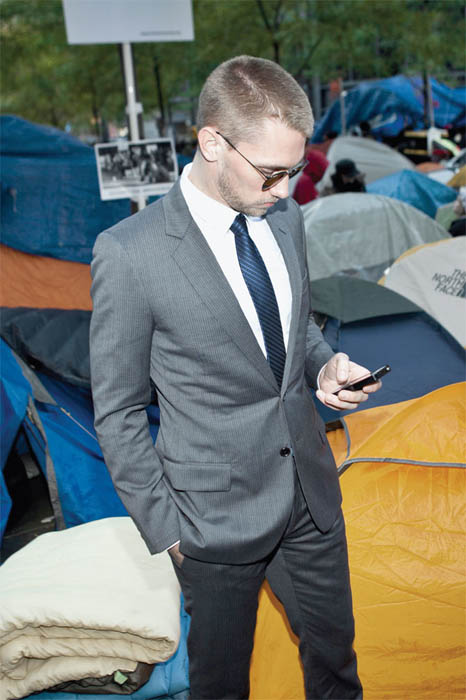 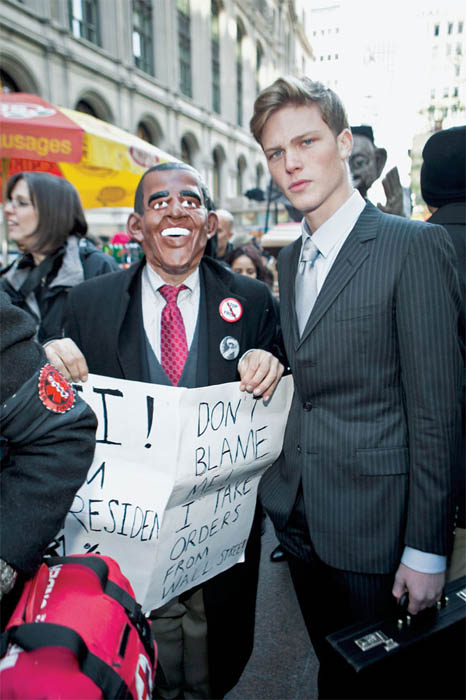 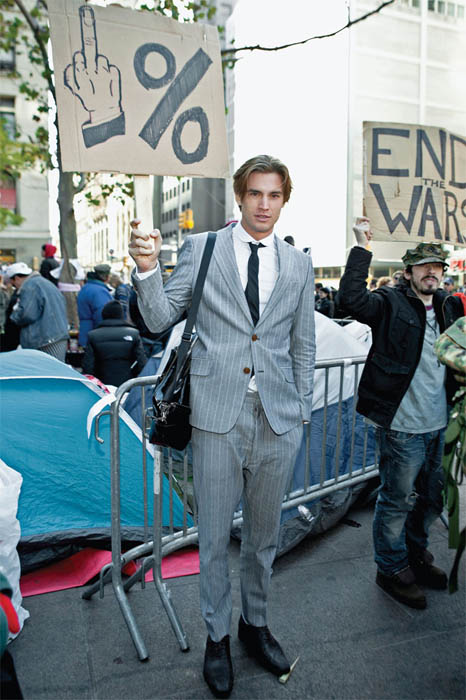 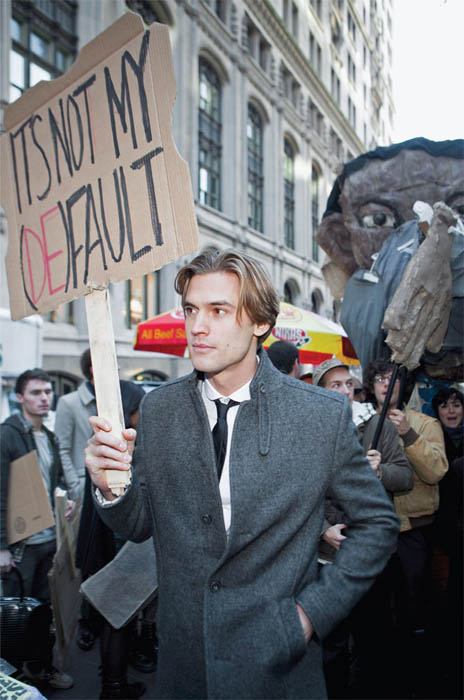 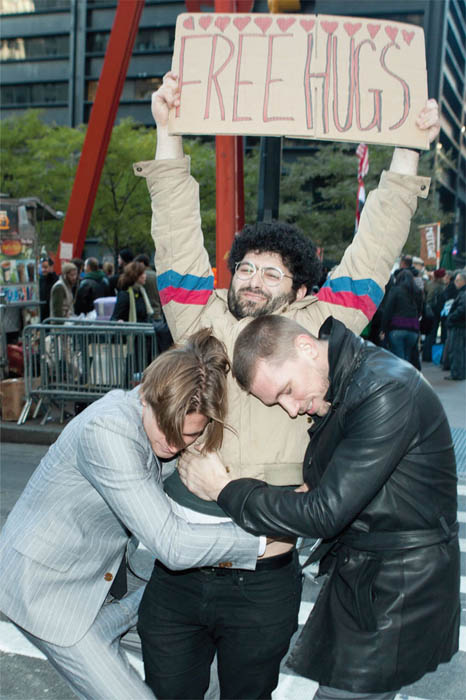 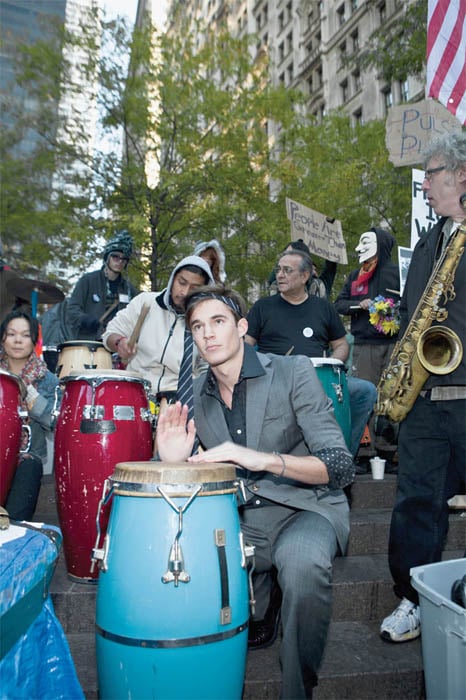 The Washington Post writes that the photographs are anything but a jab at the protestors:

Shooting photos of designer fashion amid the semi-homeless protesters could, at first glance, be taken as a callous “let them eat cake” statement. It’s a fabulous contrast, with the clean-shaven models in their pinstripes next to bearded men in puffy coats and tents. But Vice isn’t mocking Occupy — the title of the story, “American Psychos,” shows that the magazine is leveling its criticism at the people who can afford the clothes it is presenting, just as Bret Easton Ellis did in the book that inspired the shoot’s name. Sending models in suits worth thousands of dollars to occupy Occupy Wall Street verges on performance art.

You can find the rest of the photos in the project over at VICE Magazine.

Thanks for sending in the tip, Billy!

Image credits: Photographs by Ben Ritter/VICE and used with permission

This is the Most Zoomed-In Photograph Ever Created by Mankind